BOJ vs Mitsubishi: Detente, or maybe not? 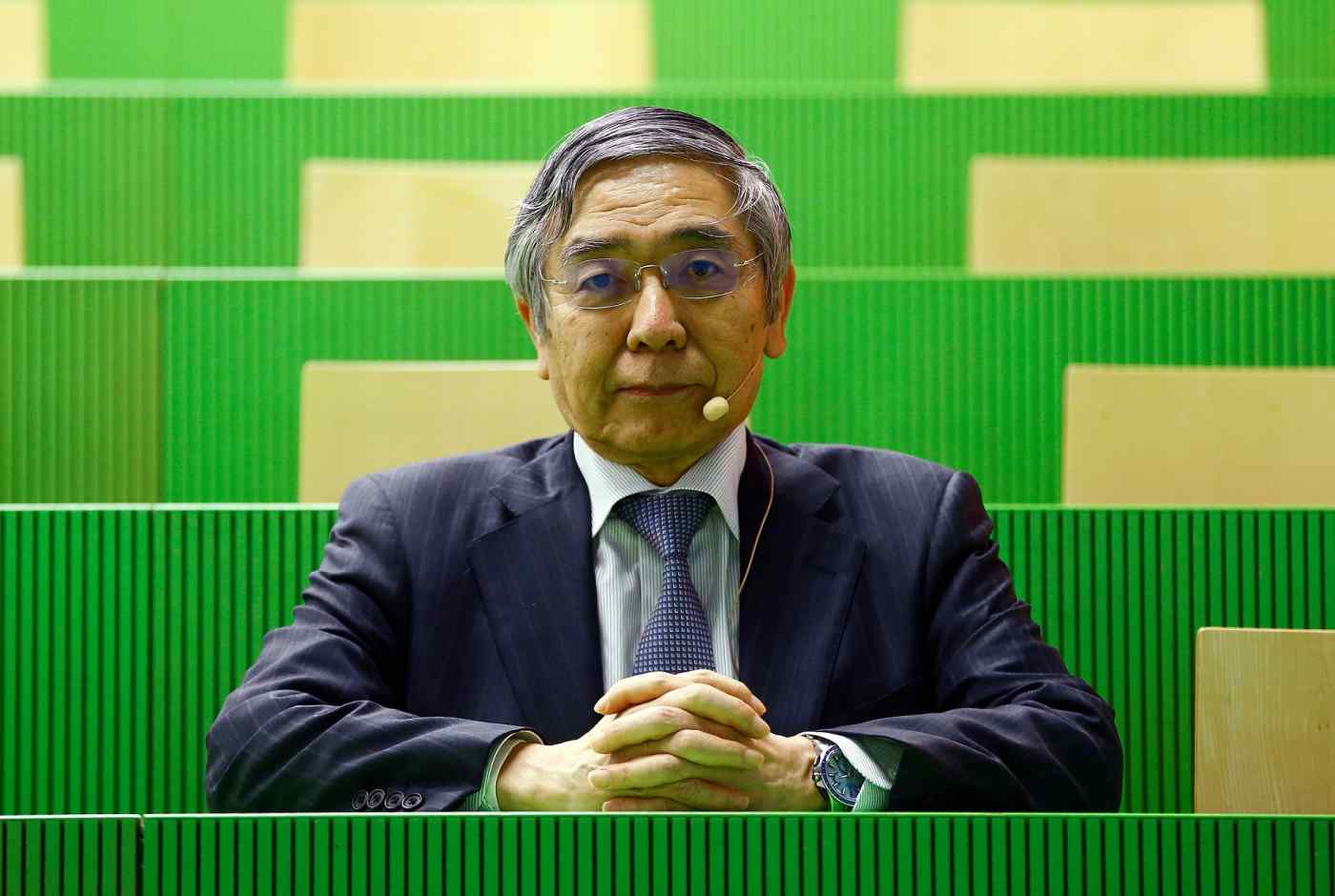 Bank of Japan Governor Haruhiko Kuroda poses for a picture before his speech at the University of Zurich in Zurich, Switzerland on Nov. 13.   © Reuters
KOSUKE TAKAMI, Nikkei staff writerJanuary 1, 2018 09:31 JST | Japan
CopyCopied

TOKYO -- A tug of war between the Bank of Japan and Japanese financial institutions, especially industry leader Mitsubishi UFJ Financial Group, over the central bank's negative interest rate policy is starting to show signs of a resolution following BOJ Gov. Haruhiko Kuroda's recent reference to the side effects of ultralow interest rates on bank earnings.

While one could interpret his remarks as expressing concern for the health of the financial industry, Kuroda's intent appears different.

Banks in Japan have been scrutinizing a speech Kuroda gave at the University of Zurich in Switzerland on Nov. 13 in which he mentioned the "reversal rate" -- the possibility that financial institutions face tighter capital constraints in an ultralow interest rate environment, thereby undoing the effects of monetary easing. "If the central bank lowers interest rates too far," Kuroda said in the speech, there is a possibility it could "impair financial institutions' intermediation function."

The BOJ has since been flooded with questions about the reason for Kuroda's sudden expression of sympathy for commercial banks. The central bank has denied that was his purpose. One senior BOJ official said Kuroda explained the concept of the reverse rate in a "scholarly fashion because he was speaking at a university." Others said the bank wants to avoid being seen as complacent on monetary easing as the question of who will become the next governor looms larger.

MUFG President and Group CEO Nobuyuki Hirano reacted quickly to Kuroda's speech. At a news conference three days later, Hirano read a few sentences from the speech and declared: "A similar situation [to that described by Kuroda] is appearing." Hirano went on to welcome Kuroda's remarks, catching his aides off guard as he had not been expected to mention them at the news conference.

Kuroda's speech came as a particular surprise given the BOJ's past behavior. When the central bank unexpectedly decided in January 2016 to introduce a negative interest rate policy, Hirano criticized the move, saying it "increased anxieties among households and businesses." Faced with a rising yen and harsh words from a top commercial banker, the BOJ was forced to rethink its aggressive monetary easing.

MUFG, for its part, paid a high price for Hirano's words. In April 2016, the government submitted the name of a new BOJ policy board member to parliament for approval. The nominee had been expected to be a former MUFG official, following the traditional rotation among megabanks. But the BOJ broke precedent, leaving the central bank's policymaking body without a representative from the megabanks for the first time.

QE unwinding is more dangerous than it appears

One former BOJ official had expressed strong displeasure over Hirano's criticism, and many government officials believe the BOJ did not want a new board member from MUFG.

Although the BOJ has oversight of Japan's banking system, the relationship between the central bank and MUFG is not a simple hierarchy, with the BOJ on top. Makoto Usami, who was president of the former Mitsubishi Bank, and three other Mitsubishi alumni have become BOJ governors. The central bank and MUFG both see themselves as the cream of the crop in Japan's financial sector and compete to recruit top talent.

The icy relations between the two began to thaw in July. When the terms of two members of the BOJ board were up, former MUFG banker Hitoshi Suzuki was named as one of the replacements.

The BOJ released a detailed report on financial distress in Japan's banking industry in October. One megabank executive voiced hopes that the BOJ would begin backing away from its ultraeasy credit policy, saying that the central bank "can no longer disregard the impact on financial institutions." 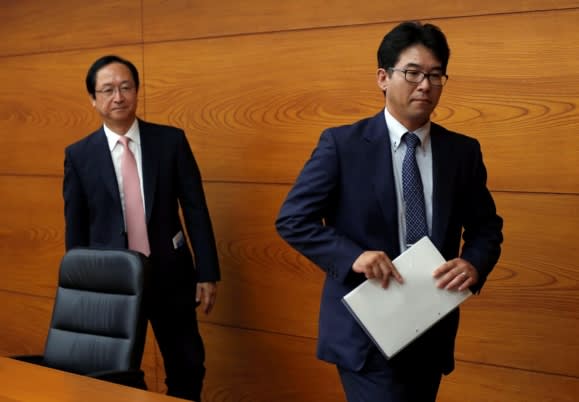 But the real target of the BOJ's recent moves appears not to have been the financial industry but the other member who joined the BOJ board in the summer with Suzuki, one Goshi Kataoka. Kataoka is known as one of the most outspoken "reflationists" -- champions of accommodative monetary policy.

During a meeting of the board at the end of October, Kataoka called for further easing of credit, saying, "If there is a delay in the timing of achieving the price stability target due to domestic factors, the bank should take additional easing measures," and that it is "necessary to include that in the policy statement."

Kuroda's remarks in Zurich, which talked about the side effects of the ultralow interest rates, are thought to have been aimed at forestalling expectations -- such as Kataoka's -- for additional monetary expansion. The remarks "were not meant as a reassessment or change to [the easy-money measures] at all," Kuroda said at a news conference on Dec. 21.

Regarding the distress faced by Japan's financial industry, the BOJ and the banks seem to have different ideas about the cause.

Financial institutions "have been considerably affected by structural factors such as the dwindling of the population," BOJ Deputy Gov. Hiroshi Nakaso said in a speech at the end of November. Analyzing regional financial institutions' interest margins over the past decade, Nakaso said structural factors have had a greater effect than interest rate cuts.

The BOJ believes financial institutions will continue to face painful choices even if it scales back monetary easing. In the central bank's eyes, commercial banks must consolidate and take other big steps to streamline.

Inside the BOJ, the mandarins are assiduously studying future policy measures, including hikes in long-term interest rates. "We want to move ahead next year," said a BOJ official involved in the studies.

Simulations of a possible exit from monetary relaxation, involving BOJ officials, executives of commercial banks and economists, are taking place behind the scenes. But dropping hints of such a change without creating turmoil in a low-inflation market is tricky and will take time.

"It is right to take easing measures to improve the economy," Hirano said. "But the perpetuation of [emergency steps] is undesirable."

At the Dec. 21 news conference, however, Kuroda left the impression that there is a long way to go before easing comes to an end. Relations between the central bank and big commercial banks such as MUFG may remain fragile for a while.