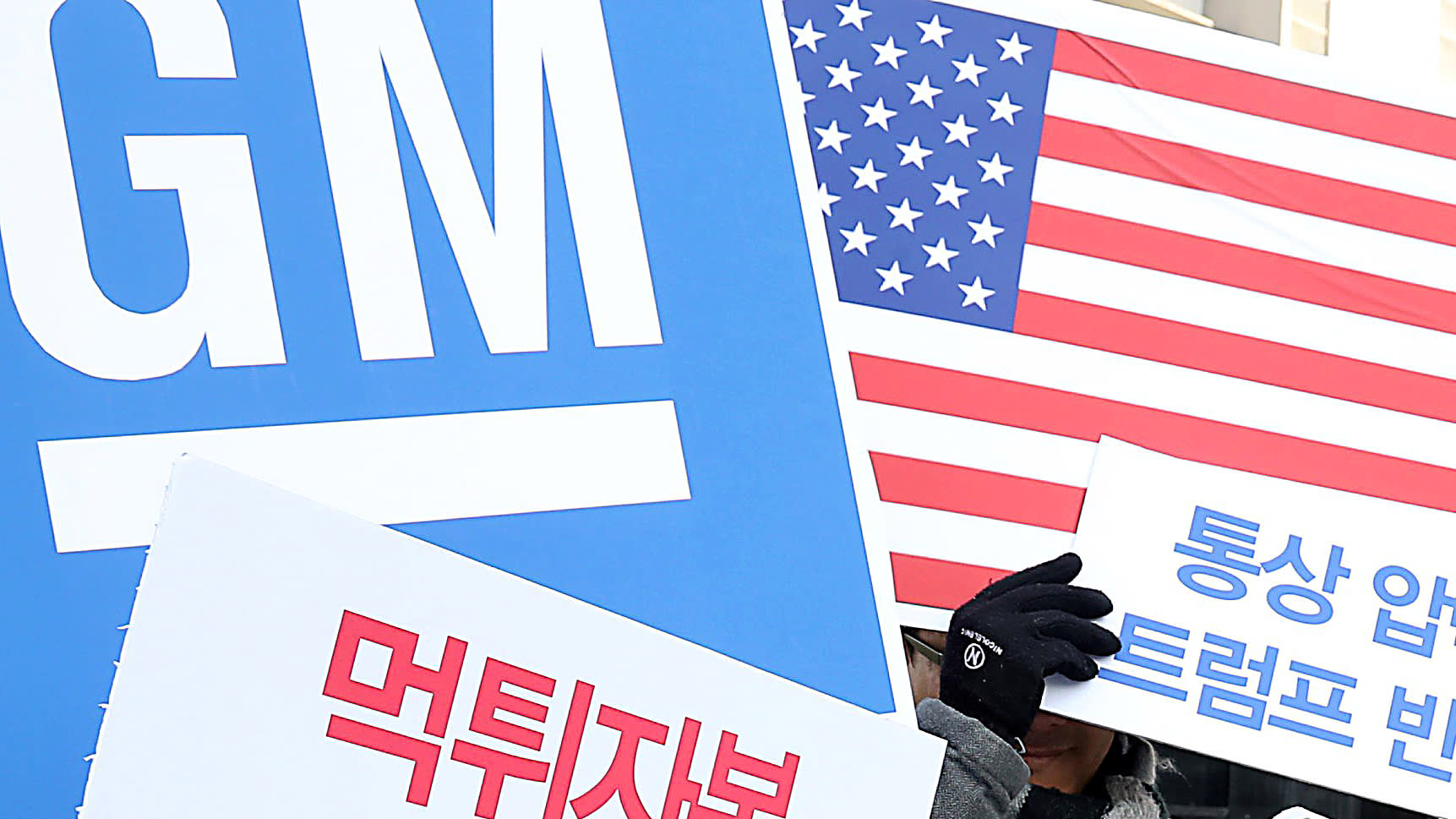 SEOUL -- South Korea's central bank chief expressed concern over U.S. protectionism on Tuesday, pointing to the downside risk it posed to the country's economy, particularly the auto and steel industries.

Bank of Korea Gov. Lee Ju-yeol also said that the bank was closely monitoring General Motors plans to close its factory in Gunsan, a development with significant implications for employment the southwestern port city.

Earlier this month, GM announced it would shut down production lines by the end of May, citing a lack of efficiency at the plant.

"GM's closure of [its] Gunsan factory and the U.S. strengthening trade pressure are clear factors raising downside risks," Lee said in a news conference after announcing the bank's key rate would be held at 1.5%.

"If trade pressure is strengthened, many industries will be affected, for instance, auto and steel."

His remarks come as the administration of U.S. President Donald Trump moves to impose tariffs of at least 53% on all steel imports from 12 countries, including South Korea, China and India by April.

In January, the U.S. started to levy tariffs of 50% on imports of finished washers after the first 1.2 million units, dealing a blow to South Korea's two largest electronics makers, Samsung Electronics and LG Electronics.

However, Lee also said that Asia's fourth-largest economy was growing steadily thanks to increasing exports and recovering consumption. Exports jumped 22.3% year-on-year to $49.2 billion in January, while retail sales increased 2.2% in December from the previous year.

This was Lee's final board meeting before his four-year term expires in March. The career central banker declined to express any personal feelings, saying he would do so later.