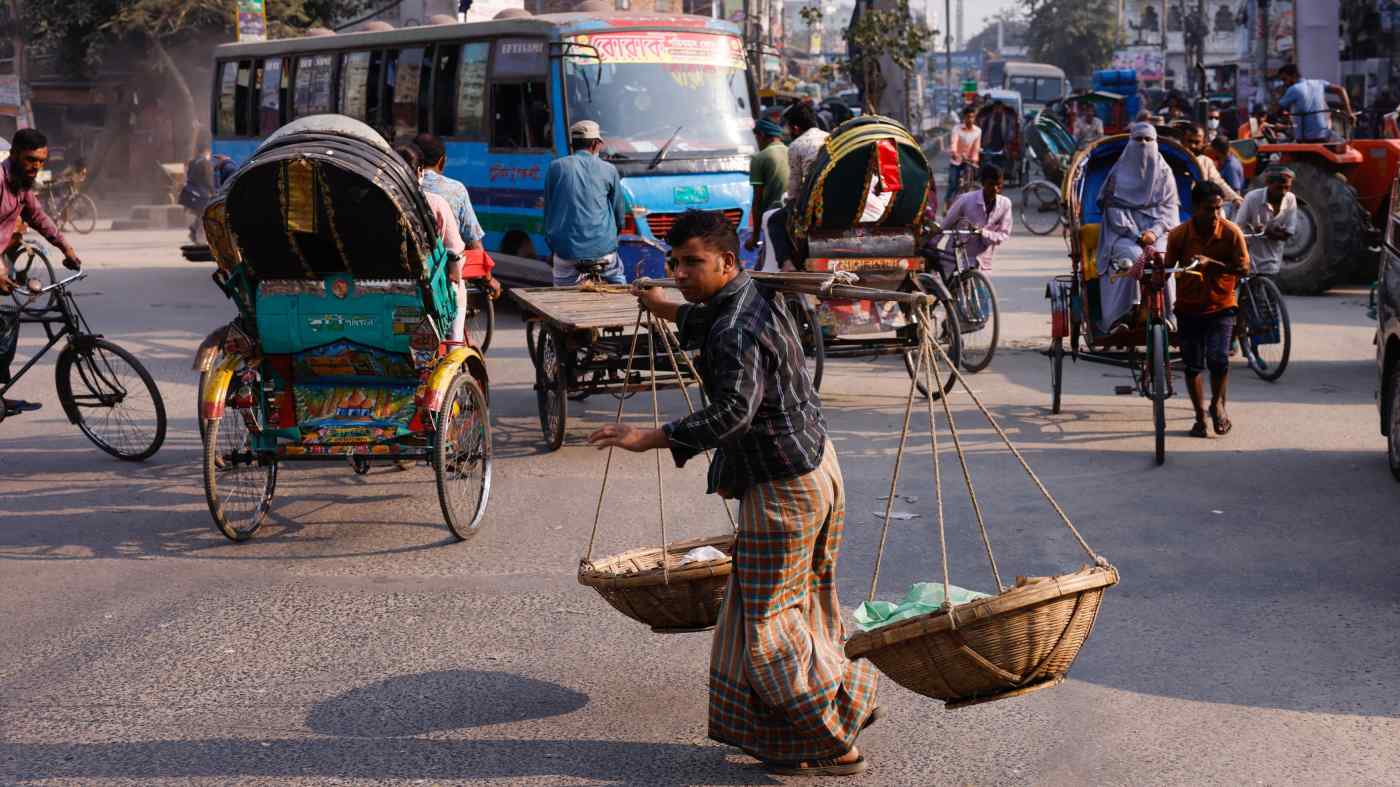 A street hawker in Dhaka: Bangladesh is struggling to cope with economic pressures that are hitting much of South Asia.   © Reuters
November 9, 2022 19:16 JSTUpdated on November 9, 2022 21:44 JST | Bangladesh
CopyCopied

The $416 billion economy has been one of the world's fastest growing for years but rising energy and food prices, sparked by Russia's invasion of Ukraine, along with the shrinking reserves, have swelled its import bill and current account deficit.

"The objectives of Bangladesh's new Fund-supported program are to preserve macroeconomic stability and support strong, inclusive, and green growth, while protecting the vulnerable," the lender said in a statement.

A staff-level agreement is typically subject to approval by IMF management and consideration by its Executive Board, which is expected in the coming weeks.

The IMF said Bangladesh has put together a program to foster growth that includes measures to contain inflation and strengthen the financial sector.

Bangladesh becomes the third South Asian nation, after Pakistan and Sri Lanka, to reach a staff-level agreement for loans with the IMF this year.

Its economic mainstay is the export-oriented garment industry, which is bracing for a slowdown as big customers like Walmart are saddled with excess stocks as inflation forces people to prioritise their spending.

Bangladesh's foreign exchange reserves had dwindled to $35.74 billion by Nov. 2 from $46.49 billion a year ago, central bank data showed.