Bangladesh to join space age amid skepticism about costs

Government hopes satellite launch will help image ahead of elections 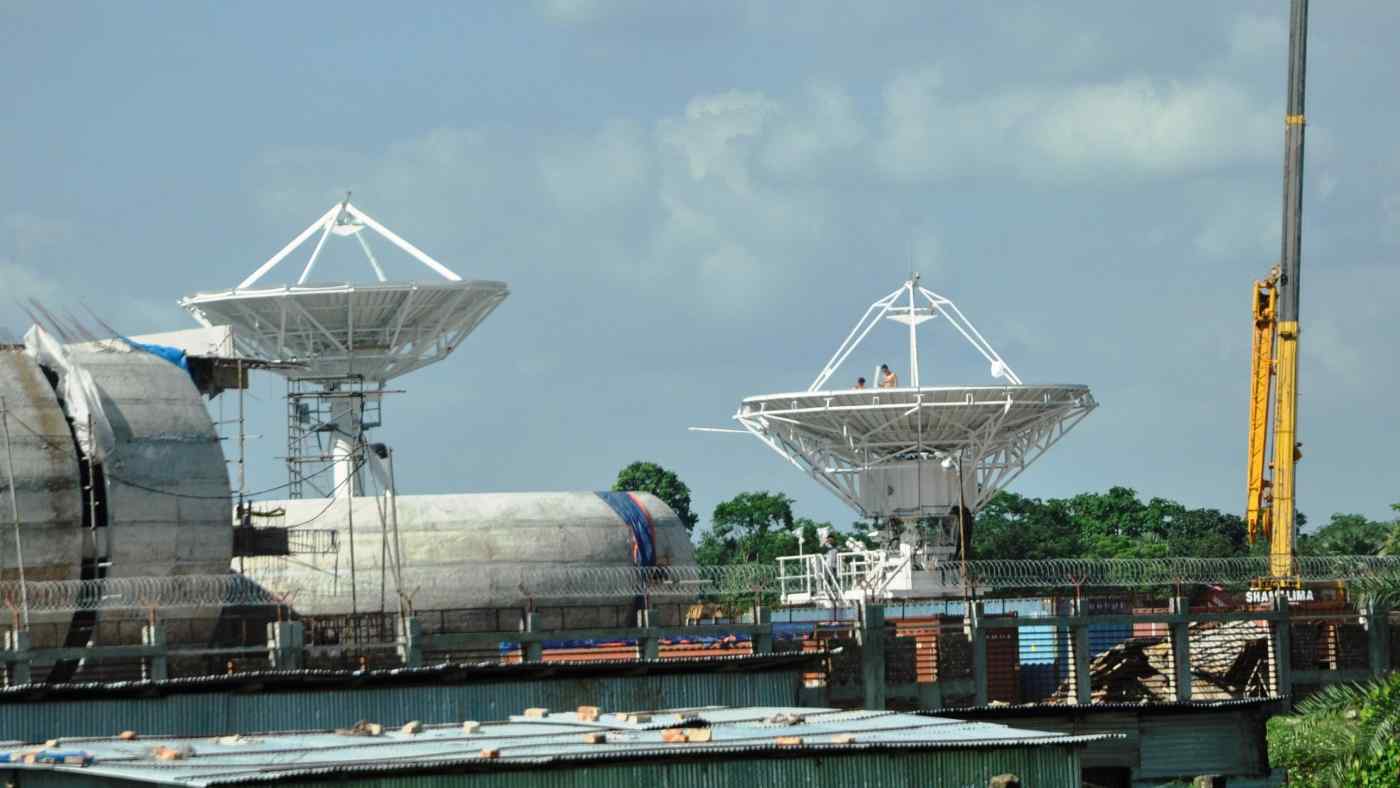 The Bangladeshi government is promoting the launch of the country's first satellite, to be controlled from a ground station in Joydebpur, north of Dhaka, as a milestone ahead of national elections. (Photo by Mahmud Hossain Opu)
FAISAL MAHMUD, Contributing writerMay 10, 2018 16:53 JST | Pakistan, Bangladesh, Sri Lanka, Nepal, Bhutan
CopyCopied

DHAKA -- Bangladesh is expected to put its first satellite into orbit on Thursday aboard a SpaceX Falcon 9 rocket launched from the Kennedy Space Center in Florida. While the government has billed the $317 million project as a modernizing move that will reduce costly reliance on foreign companies, some have questioned the program's financial sense.

The Bangabandhu-1 (BS-1) satellite, whose name translates as "Friend of Bengal," honors Sheikh Mujibur Rahman, the founding father both of the country and the ruling Awami League. Facing elections to be held by the end of the year, the government has arranged for nationwide outdoor live screenings of the launch, promoting the satellite as an example of its success during its decade in office.

The BS-1 will provide Ku-band and C-band television broadcast and data relay services across Bangladesh and neighboring areas. The 3.7-ton BS-1 was built by Thales Alenia Space and will be operated by state-owned Bangladesh Communication Satellite.

Bangladesh has not relied on satellites for telecommunications since 2007, when a military-backed caretaker government banned their use because of espionage fears. The country's 28 television channels have since rented bandwidth on Chinese, Indian and Singaporean satellites at a cost of about $14 million a year.

Post and Telecommunication Minister Mostafa Jabbar said the BS-1 "is not just a technical or commercial issue, it's a matter of intense pride for our country." He said that the satellite could generate about $50 million in annual revenue, as half of its 40 transponders will be made available for rent to foreign users, meaning the cost of the project could be recovered in as little as eight years.

But Bangladesh TV companies are skeptical. Mozammel Babu, managing director and editor-in-chief of Channel 71, one of the country's largest channels, said the satellite's orbital slot will pose problems for local channels and said its Ku-band transponders are a problem. "We can't properly operate in this band. With even a little rain, the frequency in this band creates so much noise that we have to shut down the operation," he said.

The government borrowed 157.5 million euros ($188.7 million) from HSBC Holdings to finance the satellite. Abu Sayeed Khan, a senior policy research fellow of LIRNEasia, a Sri Lanka-based think tank focusing on information and communication technology, said that "retrieving the investment on the satellite under the present context in seven to eight years will be impossible."

"The current head of the satellite company is a bureaucrat, and he is obviously not trained for the purpose of running a commercial company," said Khan, a former secretary-general of the Association of Mobile Telephone Operators of Bangladesh.

A retired telecom ministry official said it is unlikely Bangladesh will earn significant revenue renting out the BS-1 transponders, as India has 84 satellites and China has 244. Bangladesh "will not be able to match their rates."

"It will be hard to rope in potential renters in the near future," he said, since Bangladesh Communication Satellite will be a new operator without experience or expertise.