DHAKA -- Muslim-majority Bangladesh plans to introduce legal casinos in its southeast and southwest as part of a strategy to increase tourism, even as it cracks down on underground gaming dens.

Islam forbids gambling, and Civil Aviation and Tourism Secretary Mohibul Haque acknowledged this week that the casino issue is "disputed." But he told reporters the move is "necessary" to attract more travelers.

"I believe if we create an exclusive zone for the foreign tourists, we can provide similar facilities available in other Muslim countries," he said. "I don't see a problem with that."

Bangladesh might face a different problem. Analysts are unconvinced that promoting casinos will dramatically boost the country's visitor count, especially when there are numerous other gaming options across the region. Anyone with an itch to hit the slots or the blackjack table can fly to Macao, or even closer destinations like Nepal or Sri Lanka.

Japan, too, is poised to enter the casino game, with the government expected to issue three licenses. Haque, who was speaking Tuesday on the sidelines of an event for International Tourism Day, said the government envisions exclusive tourist zones in southeastern Cox's Bazar and southwestern Khulna, Bagerhat and Satkhira -- areas close to the Sundarbans, the world's largest mangrove forest and home to critically endangered Bengal tigers. "The Sundarbans is second to none in the world. But we could do nothing significant there for tourists," he said.

The casinos would be set up in the zones and would be "for foreigners alone," the secretary said. Visitors would have to show their passports to get in.

When it comes to tourism, Bangladesh lags behind regional neighbors such as India, Nepal and the Maldives. Last year, an estimated 270,000 people visited, compared with over 10 million for India and 1.4 million for Nepal. 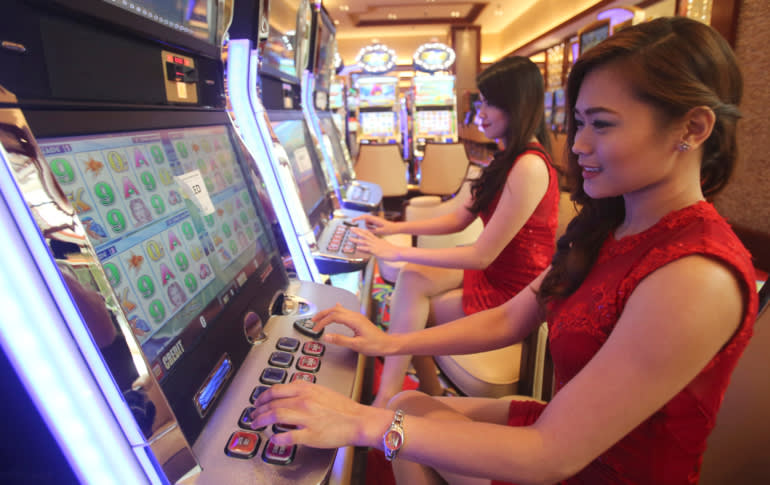 The Solaire Casino-Resort in Metro Manila is just one of the many options for traveling gamblers in the region.   © Reuters

The tourism ministry's plan comes as law enforcement agencies attempt to root out underground casinos, many of which are run by leaders and activists from the country's ruling party, the Awami League.

The Rapid Action Battalion, an elite police squad, has busted several top leaders of the Awami League and its youth arm on suspicion of involvement in such activity in Dhaka. Since launching the campaign on Sept. 19, the force has arrested more than 200 people, according to reports.

Prime Minister Sheikh Hasina is a key backer of the crackdown, seen as an effort to purge rogue leaders and members of her own party. In the capital, more than 50 casinos and gambling houses had been operating illegally under the nose of law enforcement.

The secretary insisted the arrests and the plan for legal casinos are not incongruous.

"I don't disagree with the government's drive," he said. "All I want to say is that the proposed casinos will cater only to foreigners." A casino in Macao: One expert questioned the wisdom of trying to make Bangladesh a similar destination.   © Reuters

A number of other Muslim-majority Asian states have regulated gambling: Malaysia, Kazakhstan, Kyrgyzstan and Turkmenistan.

Adjacent to Bangladesh, three regions of India also allow it, while casinos are prevalent but unregulated in frontier areas of Myanmar. Nepal and Sri Lanka have casinos limited to foreign passport holders.

With so much competition, some skeptics argue the negatives are likely to outweigh any positives for Bangladesh.

"There are many countries in the world where casinos don't exist. Didn't those countries achieve success in tourism?" he argued. "Even [mainland] China has no casino, but tourists go there. Casinos clash with our culture, religion and tradition."

Syed Shafat Uddin Ahmed Tomal, a director of the Tour Operators Association of Bangladesh, believes allowing casinos would have a positive impact on the country's struggling tourism industry but worries about facing so many rivals.

"People will go to Las Vegas. Even tourists [from South Asian countries] will go to Nepal and Sri Lanka to play casinos," he said.

Tim Shepherd, who was involved in developing a casino resort in Nepal, said Bangladesh will have a tough time drawing visitors to its casinos if getting there requires anything more than one easy plane ride.

"No one likes changing flights on the way to a casino destination when so many alternatives exist for the same player, such as Colombo," said Shepherd, now a senior partner at gaming industry investment company Fortuna Investments Worldwide in Hong Kong.

Still, Shepherd said upgrading an airport like Cox's Bazar for international flights could make a casino project there "a really interesting play."