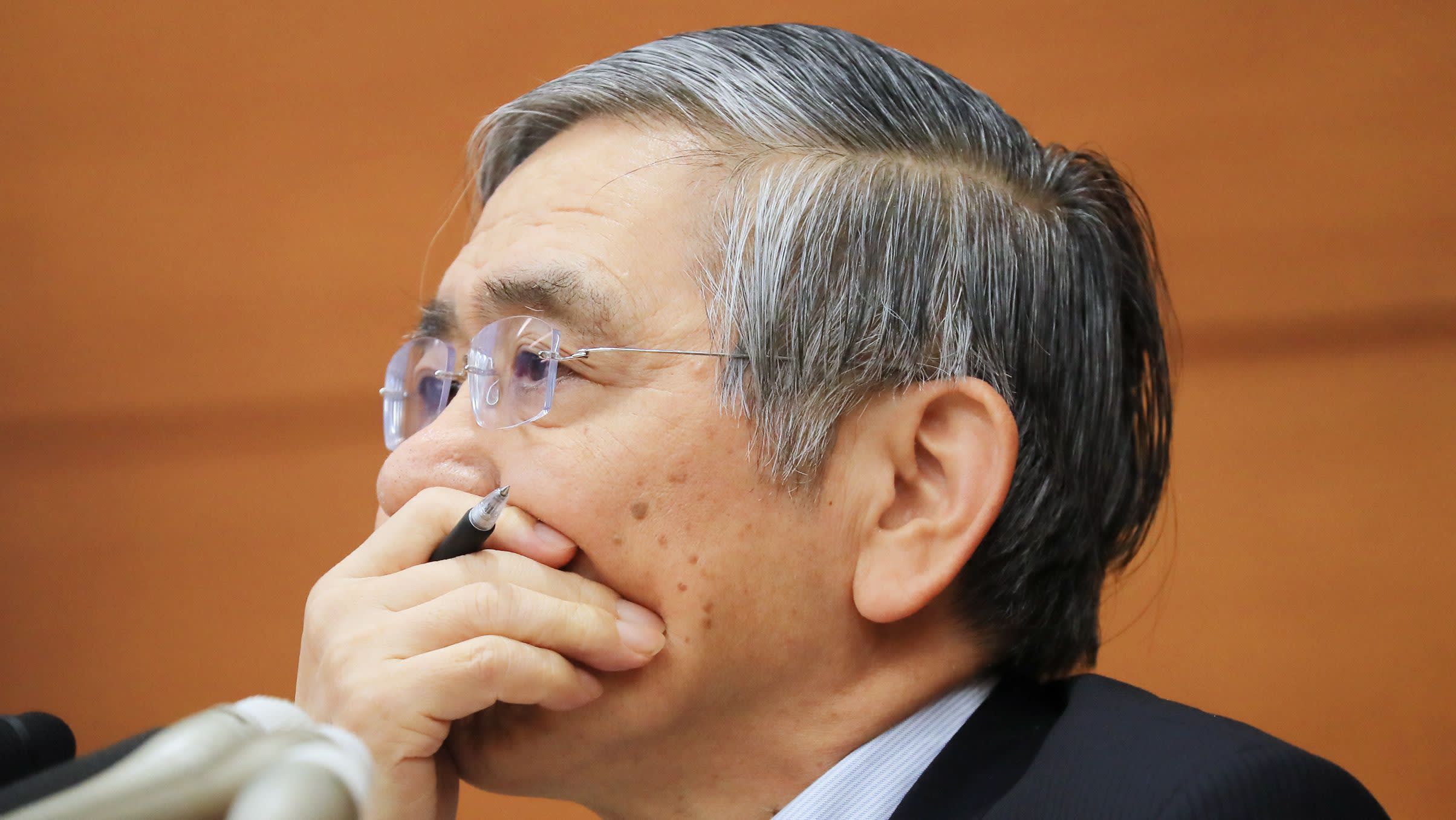 Bank of Japan Gov. Haruhiko Kuroda at a news conference in March. The central bank may lower its price forecasts for fiscal 2018 and beyond. (Photo by Akira Kodaka)
Nikkei staff writersJune 8, 2018 02:44 JST | Japan
CopyCopied

TOKYO -- The Bank of Japan will look into why inflation remains weak at its policy-setting meetings in June and July, and could downgrade its price forecasts for fiscal 2018 and later.

At a two-day meeting starting June 14, the central bank is expected to explore the root causes of slow price growth. Discussions there will be reflected in the BOJ's next quarterly outlook on the economy and prices, slated for release in late July.

The bank has long assumed that a "deflationary mindset" -- low expectations of price growth  -- and sluggish wage growth have combined to keep prices from rising. But particularly slow growth in April, when companies tend to adjust prices for a new fiscal year, surprised many at the central bank.

In May, prices in central Tokyo edged up 0.5%, slowing for the third month in a row. These prices are released a month ahead of their nationwide counterpart and are seen as a leading indicator of trends throughout Japan.

Starting last July, the BOJ's reports have suggested prices are headed toward the bank's 2% inflation target as a narrowing macroeconomic supply-demand gap pushes companies to raise wages and prices. But while demand now exceeds supply throughout the economy, businesses have remained shy about increases on either front. Consumers, for their part, have sought out cheaper goods.

This time around, the central bank looks to present a more thorough explanation for this state of affairs. In addition to supply and demand factors, the BOJ may dig in to whether structural changes in the economy have had an impact on prices. Some say that the spread of online shopping has led consumers to look for ever-lower prices, for example, and that the free flow of goods and labor across borders has weighed prices down in Japan, Europe and elsewhere.

This reassessment may lead the BOJ to bring its price forecasts closer to those from private-sector economists, who have long taken a more pessimistic view than the central bank.