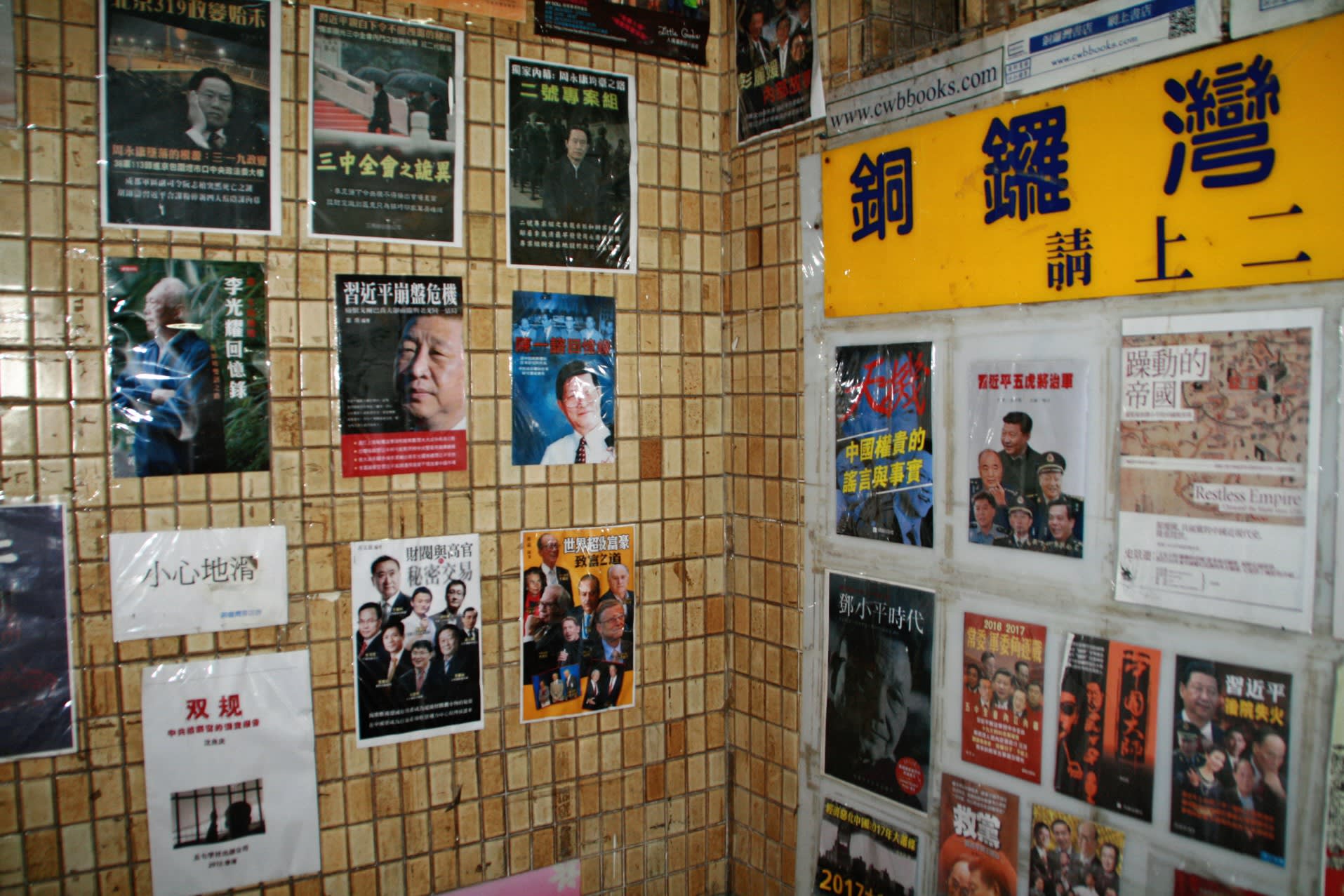 BEIJING   Desperate to prevent a slowdown from giving way to social turmoil, China has expanded the scope of its corruption crackdown beyond just public-sector fat cats. Now, executives in the private sector -- and even university officials -- are also under watch for possible abuse of wealth and power. But how far can Beijing take its clampdown before it starts squeezing the remaining life out of the economy?

Zhou Chengjian, the billionaire founder of Chinese apparel giant Shanghai Metersbonwe Fashion & Accessories, suddenly went incommunicado on Jan. 6, triggering a flurry of online rumors of his disappearance. Early the next day, the company said it would suspend trading of its shares on the Shenzhen market until the matter was resolved. It confirmed Jan. 8 that Zhou was in fact nowhere to be found.

Chinese media speculated that Zhou may have been ensnared in President Xi Jinping's campaign against graft. Although Zhou returned to his post Jan. 15 and the stock resumed trading Feb. 1, details surrounding his absence have yet to surface.

Zhou joins a growing list of Chinese entrepreneurs who have suddenly gone missing. Guo Guangchang, the Fosun Group chairman regarded as China's Warren Buffet, was detained in December. Later, the company would only say that Guo had been cooperating in a probe.

The anti-graft sweep is being led by the Communist Party's Central Commission for Discipline Inspection, headed by Xi associate Wang Qishan. But until recently, the crackdown targeted only public officials -- both powerful "tigers" and lower-ranking "flies." Private companies were thought off-limits, since they were considered key drivers of China's economic growth.

Now, with private companies no longer untouchable and many of them dependent on the leadership of strong individuals at the top, "the risks of investing in private enterprises in China have increased," said an executive at a foreign-owned company.

SCHOOLS UNDER WATCH   Xi is also taking aim at institutions of higher learning. At a meeting of Communist Party officials in January, the president told the assembled officials, "We must let the people see and feel the fruits of our efforts by sternly dealing with corruption at the margins." Xi's message was clear: He wanted to expand the anti-corruption push to all corners of society.

More than 10 high-ranking officials at four Beijing universities have been dismissed or punished since November, by conservative estimates. One of them, an official at the Communication University of China, got in hot water for having an excessively large office. The Communist Party has decided to send its corruption-fighting team to the prestigious Peking University.

The surveillance team at the Central Commission for Discipline Inspection decided to monitor Peking University, the nation's most prestigious educational institution, for possible abuses starting this spring. This followed instructions in January by a commission official to strengthen monitoring at universities to make sure teaching staff are not spreading inappropriate opinions and views.

According to some insiders, university officials have become reluctant to approve new research projects because they are afraid of catching the surveillance team's attention. This has made some schools hesitant to spend money they have been allocated. Some are even said to be considering returning their unused funds.

"The current atmosphere makes it difficult to study and teach freely," one professor said. Said another, "If the education ministry hears that you've altered the curriculum even slightly, you will get into trouble."

BRAIN DRAIN   This crusade could easily compel more bright Chinese to head overseas and rob the country of the necessary talent to ensure its future growth.

"I wanted freedom. I don't want to be told what to do even after becoming a university student," a 21-year-old from Guangdong Province said.

His grades were good enough to get him into Peking University or any other top-notch Chinese school, but he chose the University of Hong Kong. He said he did not want to live under a system where "attendant officers" monitor students not only in their studies, but in all areas of their campus lives. Those officers report their findings to the Communist Party. The student said he wants to stay and work in Hong Kong even after graduation.

An estimated 1.5 million people who left China to study abroad between 2000 and 2014 have not returned home. A higher proportion of students started coming back after Beijing launched a special incentive program for returnees in 2008. However, the trend reversed in 2014 when the Xi administration ratcheted up its anti-corruption crusade. That year, the number of people leaving the country rose 11% on the year, while those who returned increased just 3%.

Whether China suffers a brain drain is up to the government, said Anatoly Oleksiyenko, an associate professor at the University of Hong Kong. Beijing could introduce policies that "stimulate and enhance openness, mobility and freedoms at home and make China more attractive for both domestic and foreign talent, or regulate, restrict and make the system more rigid," he said.

The Xi administration's decision to intensify controls over schools hints at its concern that people's frustration will be channeled into pro-democracy or other destabilizing movements. The problem, however, is that restricting freedom in research will likely dampen the innovation crucial to making China's economic ambitions a reality. A prolonged brain drain could very well stymie growth.

"The Xi leadership is putting control before growth," said one intellectual in Beijing.

Xi's pledge to shine a light on "the margins" was not empty. Five people associated with Causeway Bay Books, a Hong Kong publisher that released works critical of China, disappeared in December. They were later revealed to be on the mainland.

Seeking to dispel claims that the booksellers had been arrested, Chinese media broadcast a confession from one who said he had voluntarily turned himself in over an old drunk-driving conviction. But people remain unconvinced. Other booksellers, fearing a crackdown by Chinese authorities, have begun pulling "banned" books off their shelves.

TWEAKING THE LAW   The government is also trying to consolidate power through the legislative process. An anti-terrorism law that took effect in January requires information technology companies to help the government access encrypted data. Fearing it will lead to the disclosure of proprietary technologies, James Zimmerman, chairman of the board of governors of the American Chamber of Commerce in China, has said he will monitor the law's implementation.