Benn Steil: US must let others ward off Fed shocks

In April 2013, Ukraine was carrying a massive current-account deficit of 8%, and was desperate for dollars to pay for vital imports. Yet on April 10, then-President Viktor Yanukovych's government rejected terms set by the International Monetary Fund for a $15 billion financial assistance package, choosing instead to continue financing the gap between its domestic production and its much higher consumption by borrowing dollars privately from abroad. So on April 12 Kiev issued a 10-year, $1.25 billion eurobond, which cash-flush foreign investors gobbled up at a 7.5% yield.

Everything seemed to be going swimmingly until, on May 22, the U.S. Federal Reserve's then-Chairman Ben Bernanke suggested that the Fed might, if the economy continued improving, soon begin to pare back, or "taper," its monthly purchases of U.S. Treasury and mortgage-backed securities; their end would mean more attractive returns on longer-maturity U.S. bonds, making developing markets decidedly less attractive. Investors in Ukrainian bonds reacted savagely, dumping them and sending their yield soaring to near 11% -- a level at which it remained for most of the rest of the year.

Ukraine's financial problems had been mounting over many years, but the mere prospect of the Fed pumping fewer new dollars into the market each month pushed the cost of rolling over its debt beyond Kiev's capacity to pay. Had the Fed stayed dovish, Ukraine could have at least delayed its financial crisis, and a crisis delayed can be a crisis averted. Yanukovych ultimately turned for help to Moscow, which successfully demanded that he abandon an association and trade agreement with the European Union in return. Ukrainians took to the streets ... and the rest is history.

Ukraine was, following Bernanke's taper-talk in May of last year, only one of many developing nations suffering massive sell-offs in their bond and currency markets. The selling was not indiscriminate, however. The countries hit hardest -- Brazil, India, Indonesia, South Africa and Turkey -- had all been running large current-account deficits, which needed to be financed with imported capital. Their markets recovered modestly following the Fed's unexpected decision in September to delay the taper, but swooned again in December when it announced it was moving forward with its plans.

As their markets tanked, many leaders of the worst-hit countries criticized Washington for its selfishness and tunnel vision. "International monetary cooperation has broken down," said Reserve Bank of India Gov. Raghuram Rajan, following another sell-off in his country's currency and bond markets in January. The Fed and others in the rich world, he said, can't just "wash their hands off and say, 'We'll do what we need and you do the adjustment.'"

To understand what Rajan had expected from U.S. monetary authorities and why he was so angry, the recently released transcripts of the October 2008 Federal Open Market Committee meeting are illuminating. They show members were acutely aware of the global nature of the crisis; yet they were focused not on stopping its spread through emerging markets generally, but on limiting blowback into the U.S. Members agreed that swap lines with emerging-market central banks -- to lend them dollars against their own currency as collateral -- should be temporary and limited to those countries they considered large and important to the U.S. financial system: Brazil, South Korea, Mexico and Singapore, all of which could potentially spread their problems directly into American markets.

Former Fed governor Donald Kohn, for example, expressed concern about the potential for large-scale foreign selling of Fannie Mae and Freddie Mac mortgage-backed securities "feed[ing] back on our mortgage markets," pushing up borrowing rates. Certain countries might go down that route, he argued, if they lacked less disruptive means of accessing dollars, like Fed swap lines. And "it would not be in our interest" for them to do so, Kohn observed.

The Fed privately rebuffed swap-line requests from Chile, the Dominican Republic, Indonesia and Peru. And two years later, when the U.S. economy had become much less vulnerable to foreign financial instability, the Fed allowed its swap lines with Brazil, South Korea, Mexico, and Singapore to expire. Two years after that, in 2012, the Fed denied a swap-line request from India -- thus explaining Rajan's anger. Yet to expect the Fed to act otherwise than it did, however desirable it might have been for other countries, is unrealistic: The Fed's primary objectives -- ensuring domestic price stability and maximum employment -- are set by law, and it is not authorized to subordinate them to foreign concerns.

But can't developing countries take actions on their own to protect themselves, without cooperation from the U.S.? Indeed they can. A recent study published by the IMF concluded that countries whose economies have been more resilient in the face of unconventional U.S. monetary policy since 2010 have three characteristics: low foreign ownership of domestic assets, a trade surplus and large foreign-exchange reserves. This has clear policy implications: In good times, emerging-market governments should keep their imports and currency down, and exports and dollar reserves up.

Unfortunately, many in the U.S. Congress see such policies as unfair currency manipulation, harming U.S. exporters. To prevent foreign governments from taking such steps, some influential economists such as Fred Bergsten, supported by major U.S. corporations, have called on the White House to insert provisions against currency manipulation into future trade agreements. Others, such as economists Jared Bernstein and Dean Baker, have gone so far as to call for Washington to impose taxes on foreign holdings of U.S. Treasurys and slap tariffs on imports from alleged manipulators.

Such suggestions are misguided; they would only raise global trade tensions and political conflict. But the very fact that prominent commentators are calling for such action illustrates how the functioning, or malfunctioning, of the global financial and monetary system can encourage a spiral of damaging policy actions.

Given the clear trajectory of U.S. policy, the turmoil in emerging-market currency and bond markets over the past year and a half should spur more effective collective action to defend the global financial system against future Fed-induced whiplash. Most emerging-market countries lack the resources to protect themselves individually. But they could build sufficient currency reserves if they acted in concert. In Asia, for example, the Chiang Mai Initiative Multilateralization of 2010 allows the 13 countries involved to tap their $240 billion of combined reserves in the event of a balance-of-payments crisis.

Unfortunately, however, there is much less here than meets the eye. The Chiang Mai countries have not actually pooled the funds they have pledged, and members can only call on significant funds if they are under an IMF program and subject to stigmatized Fund surveillance and conditionality. In reality, governments in the region remain hesitant to extend credit to each other during crises, which is the only time it is actually needed. The Chiang Mai nations have yet to commit a penny to mutual assistance, and appear unlikely to do so in the future.

All this goes to show that it is as easy to bemoan a lack of U.S. financial leadership as it is difficult to substitute for it, even when the resources required are readily available. Given its mandate, the Fed has little choice but to continue pursuing domestic objectives, irrespective of the consequences for those countries which cannot credibly threaten to export economic instability to the U.S. But if Washington cannot lead, it should at least get out of the way by abjuring calls to apply anti-currency manipulation measures against countries taking legitimate steps to bolster their defenses against future Fed-induced shocks. For as the ongoing crisis in Ukraine suggests, nasty financial crises tend to become even worse political ones -- and the world is likely to see plenty of both in the years ahead. 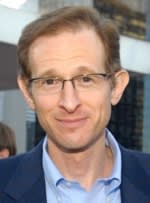 Benn Steil is director of international economics at the Council on Foreign Relations. He is the author, most recently, of "The Battle of Bretton Woods: John Maynard Keynes, Harry Dexter White, and the Making of a New World Order."