A reform plan hatched 30 years ago has made Vietnam one of Southeast Asia's fastest-growing economies. Today, the question is how to keep up the pace.

Vietnam's communist government opened the door to prosperity when it embraced market principles and introduced its historic Doi Moi economic reforms in December 1986.

Three decades on, the country boasts one of Southeast Asia's fastest-growing economies. But it also faces a number of issues, from a dependence on foreign capital and a failing Trans-Pacific Partnership trade pact to stalled reforms of state-run companies and a widening income gap.

Having veered heavily toward the U.S. in recent years, Hanoi also needs to reconsider its diplomatic strategy in light of a rising China and a Trump presidency.

In this issue, we look at how far Vietnam has come and what it must do to keep growth going for the next 30 years. 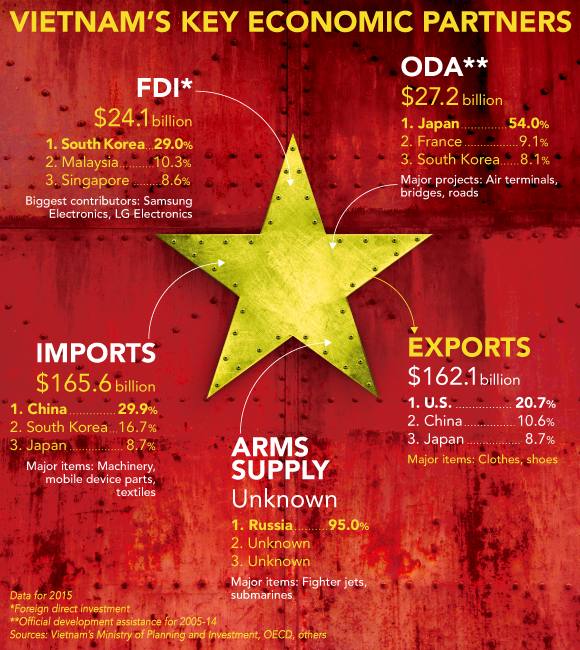