Bhutan opens its doors, but few foreign investors are ready to come in 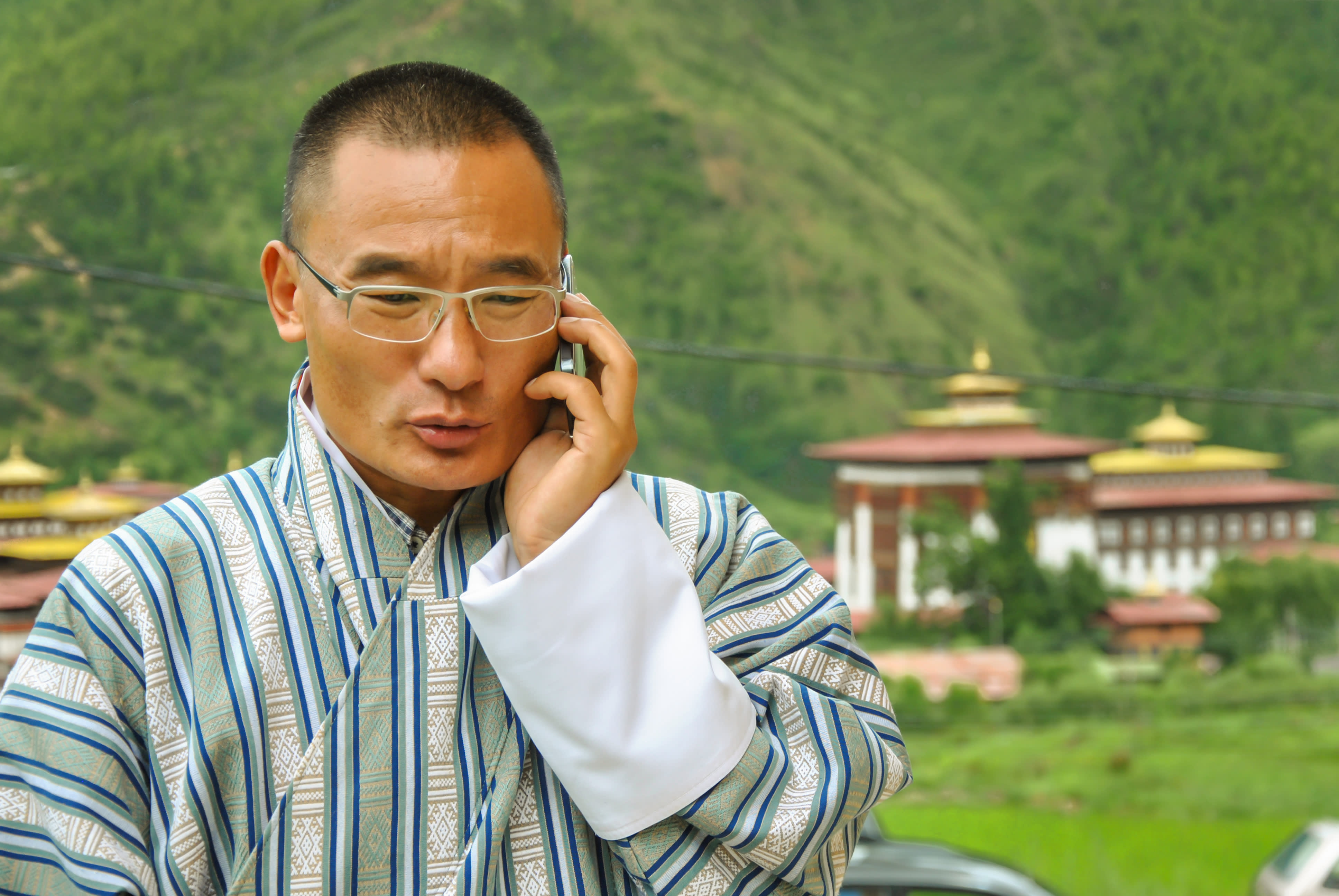 THIMPHU   No country in Asia draws less foreign direct investment than the Himalayan mountain kingdom of Bhutan, according to U.N. statistics. 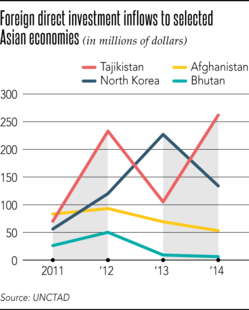 While this partly reflects the consciously isolated nation's desire to safeguard its culture and environment, the country has recently been opening up. Takers are still few, though, and investor retreat from emerging markets is not helping.

The government's most recent FDI reforms, enacted in December 2014, addressed issues that had led two investors to leave earlier that year. One change made it easier to convert Bhutanese ngultrum to foreign currencies and repatriate up to $5 million in dividends a year; British security company G4S had cited the old policy in its retreat after eight years in Bhutan.

The other move cut minimum capital commitments for investments in the information technology sector. Singapore's Assetz Property Group sold its 70% stake in Thimphu TechPark after having little success in getting companies into Bhutan's first high-tech industrial park.

The 2014 reforms, which also opened the pharmaceutical sector to foreign investors and reduced lock-in periods, followed revisions in 2010 and 2012.

Yet the Southtech and AA projects were already in motion before the latest reforms, and recent data has shown no surge in interest. Economic Affairs Minister Norbu Wangchuk told legislators last November that 11 FDI projects had been approved over the previous two years; in May, he had put the figure for the previous two years at 16.

Some investors are grumbling about constraints on growth. ScanCafe, an American image-scanning company, employs 400 people at Thimphu TechPark, but last year suspended further hiring because of limited transport options for staff; it reportedly resumed recruiting new staff in January. Southtech sought to recruit 50 people, but found that only 25 of 100 applicants were qualified.

Fortunately, economic growth has been picking up. The Asian Development Bank estimates gross domestic product rose 5.9% in the fiscal year that ended last June and will grow 6.4% this year. But in its 2013 election campaign, the ruling People's Democratic Party pledged to achieve even higher annual growth rates.

Wangchuk told the Nikkei Asian Review that more needs to be done. "FDI would certainly play a part in achieving the 10% growth rate that we have promised." This may require more policy loosening. Through 2000, the country's FDI totaled just $4 million, according to the U.N. Conference on Trade and Development. A year later, luxury chain Amanresorts International pledged $20 million as the first in a string of investors seeking to develop hotels.

By 2014, UNCTAD counted $112 million in accumulated FDI. According to the International Monetary Fund, some three-quarters came from India, particularly for hydroelectric power plants. This could point the way to another inviting area for foreign investment. "Given the relatively low costs of energy production in Bhutan, energy-intensive manufacturing would appear to be among the most promising sectors," said Jiri Jonas, senior Asia economist at the IMF.

LIMITING OPTIONS   Yet Wangchuk signaled reluctance. "We don't want FDI in all sectors," he said. "We have been getting a lot of proposals in the manufacturing sector, especially in areas where the focus is to extract our minerals, make use of our power and take advantage of these without necessarily adding high value. Such investments are not the priority area for us."

He added, "Anything that is to be mass-produced, we would lose out to countries like China and India."

Sanjeev Mehta, an economics professor at Royal Thimphu College, is pessimistic given the government's stance. "Unfortunately, Bhutan does not have anything much to offer [investors], unless it opens up some critical natural resource sector," he said.

An official with the U.N. Economic and Social Commission for Asia and the Pacific struck a similar note, saying: "[Bhutan's] FDI potential will likely remain limited due to geographical factors. Bhutan's current production base is small and only partially integrated in regional and global supply chains."

This could be partly addressed by joining the World Trade Organization. "Bhutan's accession to the WTO would give the country a large visibility boost and help its overall standing as an investment destination," the Unescap official said.

Most observers agree Bhutan's strongest selling point is its pristine scenery and unique culture. "Sustainable tourism is already the most important FDI destination and is likely to remain as such," the official added. "Bhutan would best focus on developing that sector with a strong focus on sustainability and high-quality tourism."

Modest reforms to reduce bureaucratic red tape could help. An UNCTAD investment guide notes investors have found that applying for business licenses is "time-consuming and not fully transparent," and securing environmental clearances is cumbersome.

Maybe that's just Bhutan being Bhutan. "Bhutan needs to understand why we want FDI," said Dorji Wangchuk, a former government official who is now a management consultant in London. "If we know the reason why we want FDI, we may be able to have a policy that will attract the right kinds of FDI."