Bitcoin is a bellwether of anti-government sentiment

As governments grow bigger, so does the appeal of cryptocurrencies 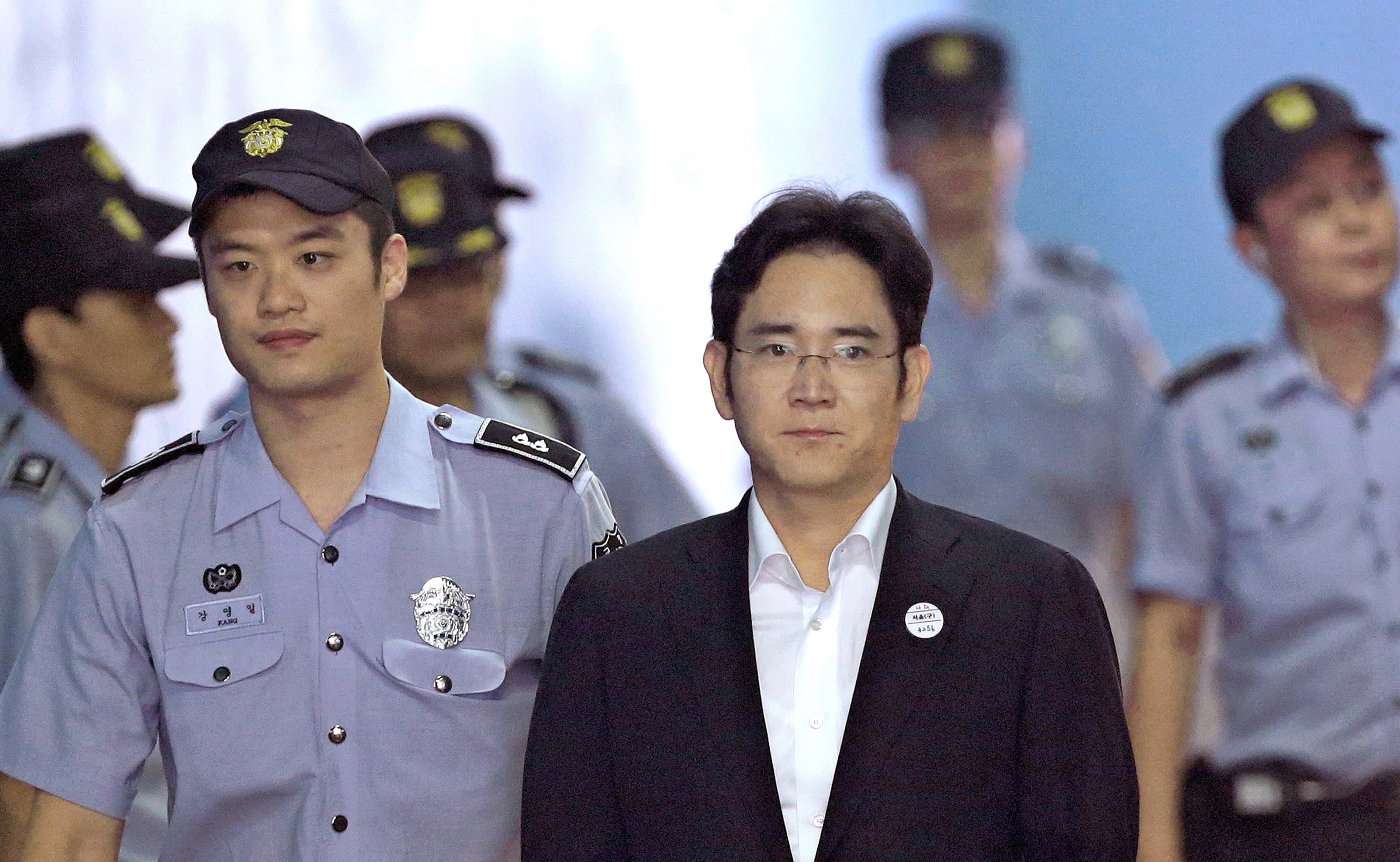 TOKYO An startling proposal is being discussed in Seoul: nationalizing the Samsung group, the largest family-owned conglomerate, or chaebol, in South Korea.

Under the plan, Samsung Electronics Vice Chairman Lee Jae-yong, the de facto leader of the group, and other executives would use their shares in group companies to pay their inheritance taxes. The government, as a major shareholder, would hire members of the Lee family as managers of the group, monitor whether they were contributing sufficiently to society, and fire them if they stepped out of line.

Public criticism of the chaebol has been growing. While young people struggle with the country's highest-ever jobless rate, the eldest daughter of the owner of Korean Air Lines caused an uproar when she flew into a rage over the way a flight attendant served her a bag of nuts. "Nutrage," as the incident came to be called, fueled public ire over the perceived arrogance of the chaebol. This, combined with anger over their lack of economic contribution to the nation as a whole, formed the backdrop of Lee's arrest on corruption charges. As shares in a chaebol are passed down to younger generations, shareholdings become diluted, making it easier for a foreign speculator to gain influence over the company, something the government is keen to avoid. At the same time, the public's patience with the chaebol has clearly run out. Nationalizing Samsung is seen as a possible solution to both of these problems.

BIGGER AND BIGGER The proposal is part of a worldwide trend toward bigger government.

Since the global financial crisis of 2008, governments have been quick to prop up troubled banks and struggling companies. Citigroup of the U.S. and Royal Bank of Scotland are just two lenders that have been effectively placed under state control.

Government stimulus has also flowed freely. Assets held by the central banks of Japan, the U.S. and Europe have quadrupled over the past decade due to quantitative easing.

These moves have helped avoid another Great Depression, but their effectiveness may be fading. Trust in government has already dropped.

A survey of more than 30,000 people in 28 countries, conducted by U.S. public relations firm Edelman last year, found that only five governments in the world were trusted by their citizens. And despite growing ever larger, governments have been unable to tackle problems such as economic disparity and corruption, as recent cases in Brazil and Malaysia have highlighted.

At the same time, nobody wants a government that is too involved in his or her personal life. One well-known example is the 1979 "malaise speech" by U.S. President Jimmy Carter who, in the face of a global energy crisis, called on Americans to perform such "patriotic acts" as voluntarily curtailing their travel, carpooling and setting their air conditioners at higher temperatures in summer. Spend-happy Americans found the speech stifling, and in the 1980 presidential election voted for Ronald Reagan, a self-declared small-government advocate.

"STATELESS" CURRENCIES The world may be heading toward a similar situation today. The rapid spread of the virtual currency bitcoin can be taken as a sign of simmering discontent with government intervention.

"Bitcoin has been anti-government in nature from the beginning," said Yasuyuki Fuchita, executive fellow at the Nomura Institute of Capital Markets Research. Bitcoin is an attractive option for users looking to dodge government oversight and intervention.   © Reuters

Bitcoin was born in 2009, but its roots can be traced to the cryptology experts of the 1980s, who came up with the idea of creating electronic cryptocurrencies to avoid government supervision and intervention.

The world is witnessing a tug of war between bloated states on the one hand and nonstate players counterattacking against them on the other. It is understandable why the Chinese government, which endorses state capitalism, is so nervous about bitcoin.

Government bloat may stimulate economic activity in the short term, but it acts as a drag in the long term. Since 2000, countries where the government plays a major economic role have seen slower growth than those where the government's role is smaller. Dependence on government spending, moreover, tends to blunt competition. Stimulus measures and corporate bailouts by their very nature allow inefficient businesses to survive.

Sweden is an exception: It maintains faster growth than Japan and the U.S. despite having a far larger government than either of them.

"Even when a shock occurs, consumption [in Sweden] weakens very little because of generous spending on social services and human resources development," said Atsushi Nakajima, chairman of Japan's Research Institute of Economy, Trade and Industry, a governmental body. As a result, Sweden did not have to bail out domestic automaker Saab Automobile when it went belly up following the global financial crisis.

Investors lose trust in governments that are unable to adopt effective policies like Sweden's. If they smell a slowdown in growth, they will unload shares while prices are high.

Unrestrained fiscal spending, moreover, causes those financial market to lose trust in the government, leading to a rise in long-term interest rates and a slowdown in economic activity. Investors also dump that country's currency. The impact of a revolt in the bond market is incomparably more serious than upheaval in the bitcoin market, where the effects would be limited to the relatively small user base.

Alexandre de Rothschild, who was due to become the seventh-generation head of the European conglomerate, once told me that the nationalization of the business by the French government was the toughest experience his family had faced in its more than two centuries of history. He said his father, the sixth-generation leader, was forced out of the company and started new businesses from scratch.

Among the socialist polices adopted by Francois Mitterrand, who took office as French president in 1981, was the nationalization of major domestic companies. Markets revolted against the move and the French franc plunged in value, prompting the Mitterrand administration to adjust its approach.

Governments continue to grow larger because that is what worked in the past. The proposal to nationalize Samsung is an example of that trend.

The question is when and where economic inconsistency and market revolts will erupt. As the spread of bitcoin shows, the magma of anti-government sentiment is already beginning to build up.