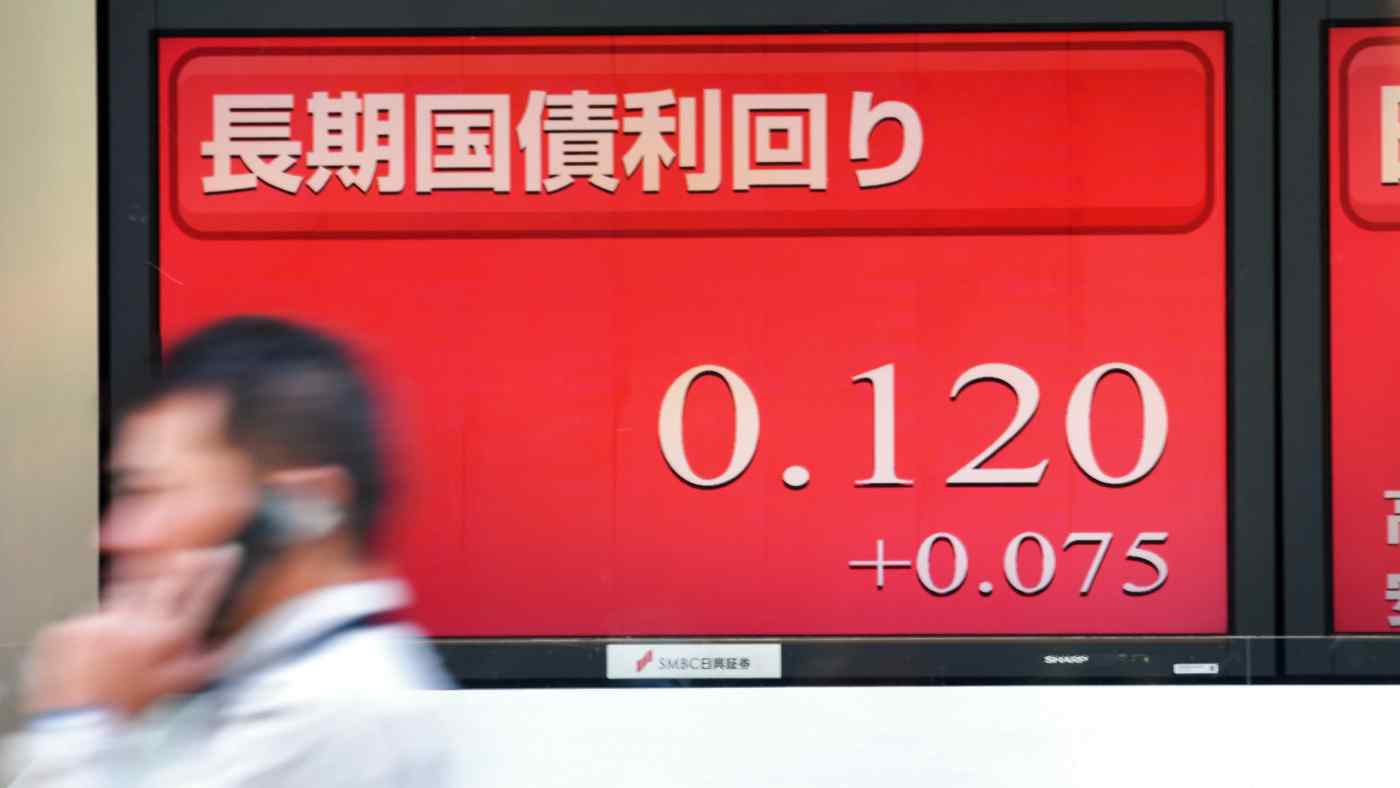 The yield on 10-year Japanese government bonds reached its highest point in a year and a half Wednesday as the Bank of Japan loosened its grip on interest rates.
Nikkei staff writersAugust 2, 2018 00:59 JST | Japan
CopyCopied

TOKYO -- Japanese long-term bond yields ended Wednesday at their highest level in a year and a half as investors test the limit of the Bank of Japan's new found tolerance for rising long-term rates.

The central bank decided Tuesday to let long rates move in a wider band than the previous effective limit at 0.1% above or below its target of around zero. Gov. Haruhiko Kuroda said he sees the range doubling, which market players understand to mean that rates can rise as high as 0.2%.

But the central bank also stated that it will purchase Japanese government bonds "promptly and appropriately" if yields spike. This has raised the question of at which point it will use fixed-rate operations -- offers to buy an unlimited quantity of bonds at a given yield -- to tamp down such a surge.

The rise in yields picked up steam around 2 p.m. as the central bank, which had intervened twice last week at lower rate levels, declined to act even after yields topped 0.11%. The 10-year yield ended the day at 0.12%, the highest since February of last year.

But few expect rates to soar to 0.2% all at once. The tight supply-demand balance created by the BOJ's past bond-buying "won't change quickly," said Shuichi Ohsaki of Merrill Lynch Securities Japan.

And if yields climb further, "investors will buy" as prices fall to attractive levels, Fujiki said.