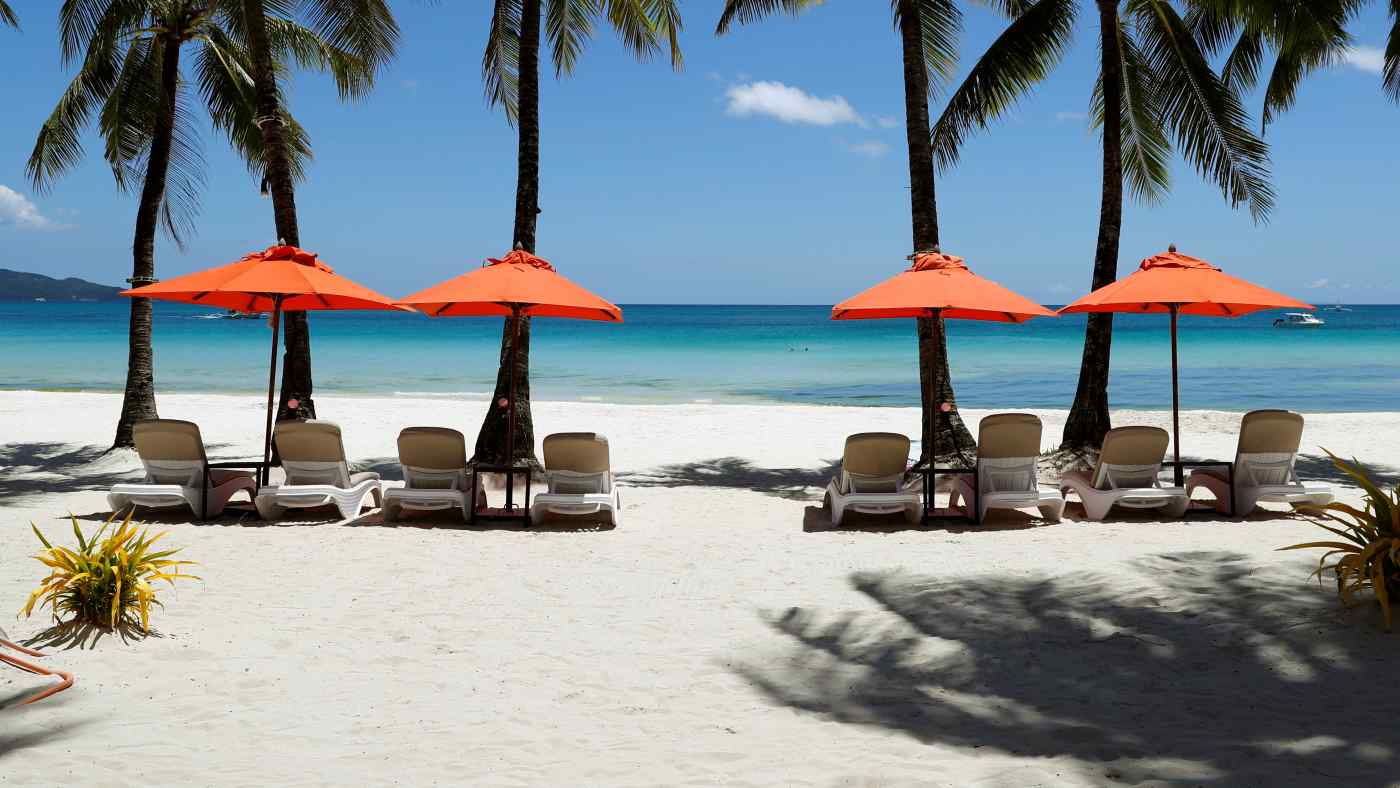 A view of an empty beach is seen a day before the temporary closure of the holiday island Boracay in the Philippines.   © Reuters
MIKHAIL FLORES, Nikkei staff writerOctober 26, 2018 10:44 JST | Philippines
CopyCopied

MANILA -- The Philippines' most iconic resort island welcomed back visitors on Friday after a six-month cleanup aimed at turning it into a model for sustainable tourism.

President Rodrigo Duterte called Boracay a "cesspool" and ordered its closure in April to highlight damage to the island's ecosystem from business owners violating sewage rules.

The reopening of the resort comes with some strict rules: Daily arrivals have been capped at 6,000 and the number of people staying at any time should not exceed 19,000. Gambling has been banned, as have drinking or smoking in public places. Also prohibited are parties, including an annual summer festival that draws over 60,000 revelers.

Only a quarter of the island's more than 400 hotels have been allowed to accept guests, leading some proprietors to complain that regulations are too difficult to comply with. Among those reopening include Shangri-la's Boracay Resort & Spa, Movenpick Resort and Spa Boracay, and Discovery Shores Boracay.

Boracay, a 60-minute flight from Manila, is known for its fine white sand beaches. Voted the "world's best island" last year by readers of Conde Nast Traveler, the resort drew over two million visitors last year -- a third from South Korea and China.

"Sustainable tourism refers to balancing economic opportunities with our social responsibilities," he said last week. "We hope to make Boracay a model for sustainable tourism, but this endeavor cannot be accomplished overnight."

Other island resorts in the country could be closed down if environmental regulations are not observed. These include the lagoons and white-sand beaches of El Nido in Palawan, the whale-watching destination of Oslob in the central Philippines, and the surf spots of La Union in the country's north and Siargao in the south. 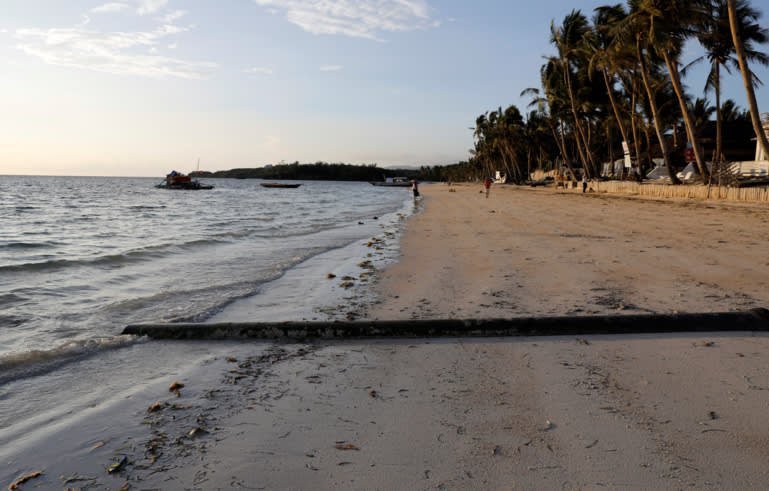 A sewage pipe is seen along the seashore of Bulabog beach, a day before Boracay's six-month closure   © Reuters

The Philippines is seeking to diversify its destinations to maintain the growth of its tourism sector. Arrivals in the country in the first nine months of 2018 increased 8.3% to 5.4 million from the same period last year.

Tourism revenues accounted for 11% of total output last year, up from 8% in 2012. The sector employs around 5.3 million people -- accounting for around 13% of the nation's jobs.

Thailand's Maya Bay -- popularized in the "The Beach," a Hollywood movie starring Leonardo DiCaprio -- has been indefinitely closed to allow the island's ecosystem to fully recover from the influx of visitors. Phuket will ban the use of plastic water bottles and drinking straws by next year.

Aileen Clemente, president of Rajah Travel, one of the Philippines' largest travel agencies, said the government needs to define what sustainable tourism is. She said it must also keep an eye on waste, carbon footprints, erosion and ecosystem monitoring.

"Sustainable is such a nebulous word," Clemente said.