Businesses push back on Australia and New Zealand travel bans SYDNEY --  International businesses are growing restless over the strict travel bans imposed by Australia and New Zealand to fight the coronavirus pandemic, saying the restrictions are too onerous and risk hurting the economy.

In March, both countries instituted bans that prohibit noncitizens from entering. Australia has made an exception for those who possess critical technical skills, but roadblocks remain there as well.

"We've tried multiple times to apply [for the exemption] but there's still no approval," said one source at a company, echoing a frequently heard complaint.

New Zealand has kept an even tighter lid on international travel  -- no exception is made for technical skills.

"There are cases where business operations have ceased," said a source familiar with the situation in New Zealand. 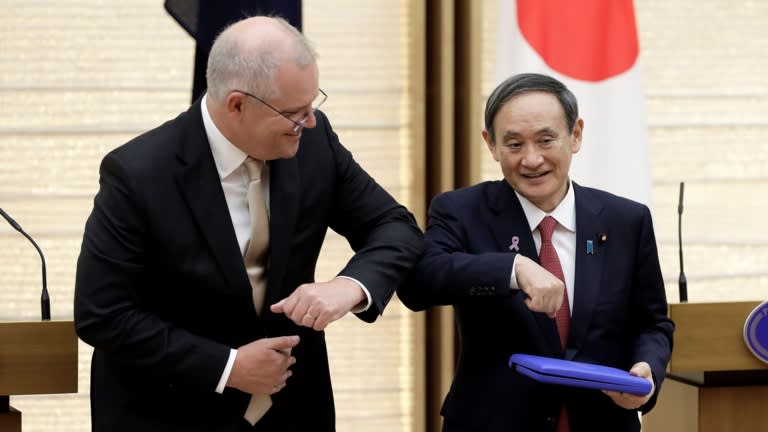 "I thought some sort of result would come out of it," said an employee working at a Japanese company in the region.

In the end, Suga and Morrison produced a joint statement that contained no concrete schedule for a resumption in travel.

"Australia was cautious," said a source knowledgeable of the summit.

Although Australia has a population of 25 million, it has kept the number of coronavirus infections at roughly 28,000. New Zealand has similarly recorded only about 2,000 COVID-19 cases, out of a population of 5 million.

The Pacific nations started to ease domestic travel restrictions in May, but have kept the international entry bans in place.

Jennifer Westacott, the CEO of the Business Council of Australia, said the longer it takes to ease restrictions, the more difficult it will be to reopen the economy. She called on the government to start deliberating on ways to lift port-of-entry controls in a safe and systematic manner.