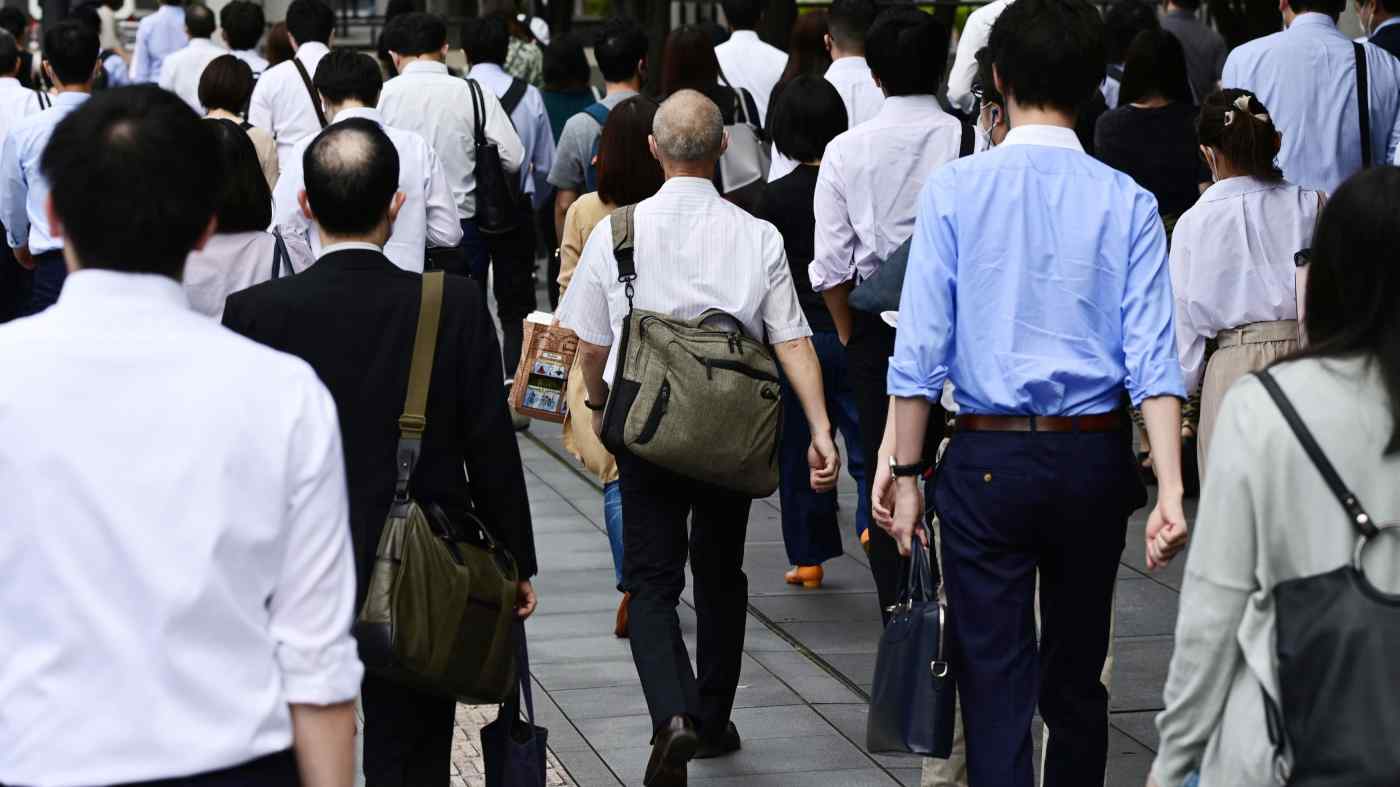 TOKYO (Kyodo) -- Japan's unemployment rate worsened to 3% in May, hitting the highest level in five months, as a government state of emergency over the coronavirus pandemic was extended to more of the country, government data showed Tuesday.

The seasonally adjusted jobless rate rose from 2.8% in April, up for the second straight month, according to the Ministry of Internal Affairs and Communications. It had stayed in the upper half of the 2% range since logging 3% in December.

Separate data from the Ministry of Health, Labor and Welfare showed that the job availability ratio in May was unchanged from a month earlier at 1.09, meaning that there were 109 job openings for every 100 job seekers. It fell 0.01 point in April.

In the final week of the reporting month, 10 out of the nation's 47 prefectures were under a third state of emergency over the virus that was initially declared in late April for Tokyo, Kyoto, Osaka and Hyogo but expanded later.

With requests for people to stay home, alcohol-serving establishments to close temporarily and other commercial facilities to cut operating hours, the measure was repeatedly extended beyond the initial end date of May 11, dealing a blow to the world's third-largest economy.

Except for the southern island prefecture of Okinawa, the virus emergency was lifted last week, but among the 10 prefectures, seven including Tokyo have shifted to a quasi-state of emergency, allowing targeted antivirus measures for specific areas rather than entire prefectures.

The latest outcome showed that the number of people in work fell 130,000 from the previous month to 66.45 million, down for the third consecutive month.

The gender gap in the jobless rate narrowed, as that for men was flat at 3.2% while that for women was up 0.4 of a percentage point to 2.7%.

"The outcome seems to reflect the fact that more female workers continued to look for new jobs," a government official told reporters, saying such women included those laid off as companies struggled due to the pandemic and those who voluntarily quit their jobs.