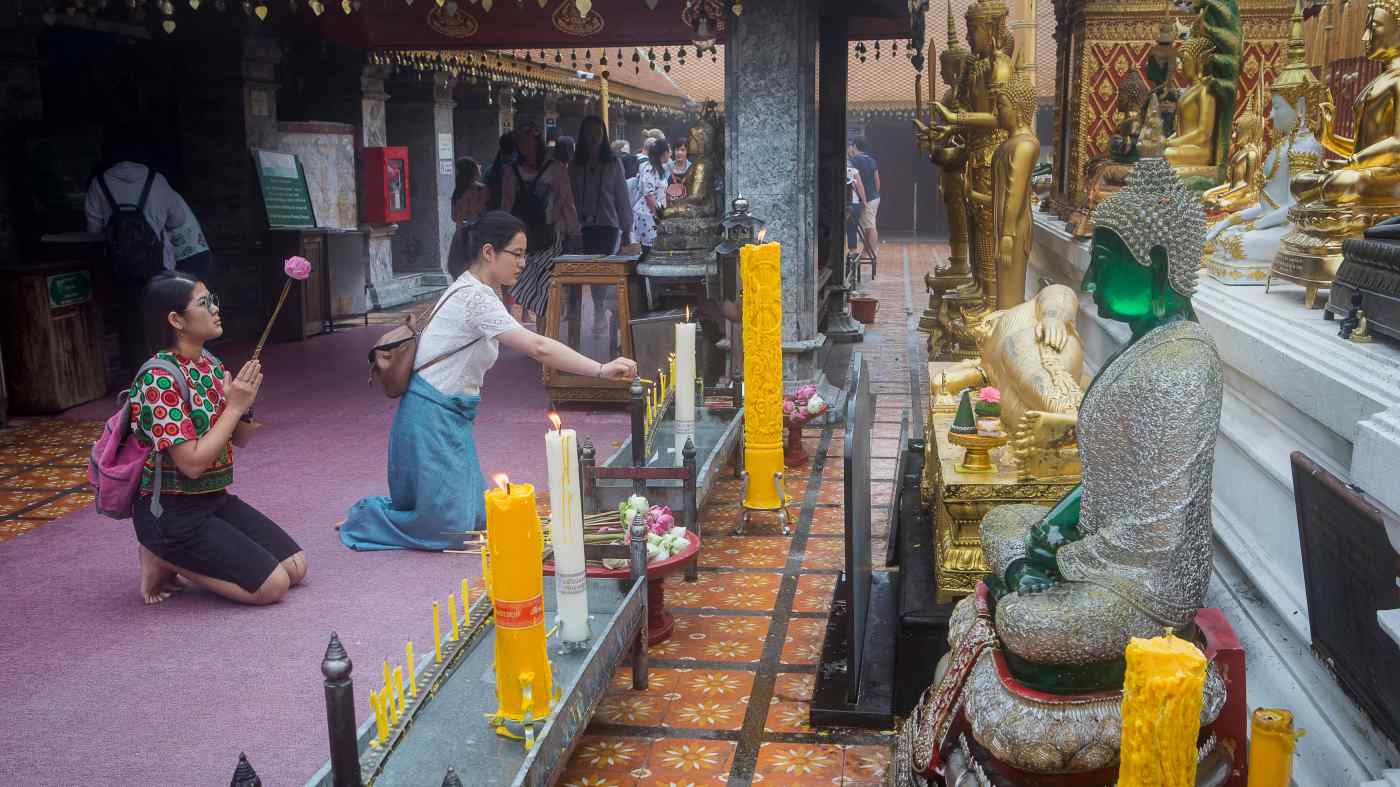 BANGKOK -- A Thai national re-entering Thailand illegally from COVID-hit Myanmar has kicked off alarms in Chiang Mai, a northern province that was particularly popular with Chinese visitors before the pandemic.

On Nov. 24, the woman in her late twenties returned with two friends from working at the 1G1 hotel and casino Tachilek in Myanmar. The entertainment complex is 1.5km from an official border crossing to Mae Sai in Thailand. However, the trio used an irregular crossing point in order to avoid the mandatory 14-day COVID-19 quarantine.

After visiting a number of crowded places in the north, she fell ill and tested positive for COVID-19. The other two women were also found to be positive. Subsequently a 32-year-old Thai DJ working at 1G1 in Tachilek also tested positive.

On Dec. 5, health officials reported that 583 people who might have been exposed had already been tested for COVID-19 through contact tracing, with no positive results.

The 1G1 entertainment complex evidently became a COVID-19 hotspot, with 17 cases in all reportedly connected to it by Friday. Local media reported that ten other Thai women working there had returned illegally to Thailand to their homes in different parts of the north. Four people meanwhile tested positive in the more northerly province of Chiang Rai, which also borders Myanmar, and a case was detected in Phayao, another northern province.

Chiang Mai's hospitality industry has braced itself for a possible outbreak as the city enters what would be the high season in normal times. Hoteliers were hoping for a decent uptick in domestic travel during this period.

Although no lockdown has been announced, nearly 2,000 hotel bookings were immediately cancelled. Chiang Mai's hotel occupancy rates are around 60% compared to 90% in 2019, according to the Thai Hotels Association (THA).

The infections in the north were the first evidence of local transmission in over six months for Thailand, which has been praised by the World Health Organization as one of the countries to have successfully fended off the pandemic.

Thailand's public health triumph has come at great economic cost, however, and the lucrative tourism industry has been utterly devastated.

Fearing an outbreak, local tourism businesses quickly pooled funds and offered 100,000 baht ($3,300) to any tourist found with the virus while traveling in the vicinity. Compensation of 1 million baht was offered for relatives of anyone dying from COVID-19 after visiting Chiang Mai.

"The recent COVID case is a disaster for the tourism business," Punlop Saejew, vice president of Chiang Mai Chamber of Commerce, told Nikkei Asia. "We need to do something because this is a golden time of year for the tourism industry here and we don't want to lose the chance to recover."

"It has ruined the hopes of hotel-related businesses here in Chiang Mai that were waiting for the high-season period," said La-Iad Bungsrithong, president of the THA's northern chapter.

Chiang Mai was previously well established as a top destination for Chinese tourists. The province used to attract 10.3 million local and foreign visitors annually, 70% of whom were from China. Tourism generated 102 billion baht in 2019, which was around 43% of Chiang Mai's gross domestic product.

Overall, tourism used to account for about a fifth of Thailand's economy. The government has been attempting to shore up the hotel industry with 40% subsidies on room rates for domestic tourists. Tourism generated $90 billion in 2019, 70% of which came from foreign arrivals.

Thailand has made a few tentative efforts to reopen the country, and Chinese visitors can apply for special tourist visas. On Oct. 20, 100 Chinese tourists from Shanghai and Gwangju arrived in a blizzard of paperwork. They all had to be certified by the Chinese government as COVID free before entering a fortnight's quarantine upon arrival, after which they were able to travel anywhere in Thailand for 90 days. Although the numbers were minute, the initiative offered a glimmer of light at the end of the tunnel.

"We are not playing around," said Punlop, promising to press on with the compensation scheme. "This is a life or death matter. We want to assure tourists that it is safe in Chiang Mai and we are staking money on it."