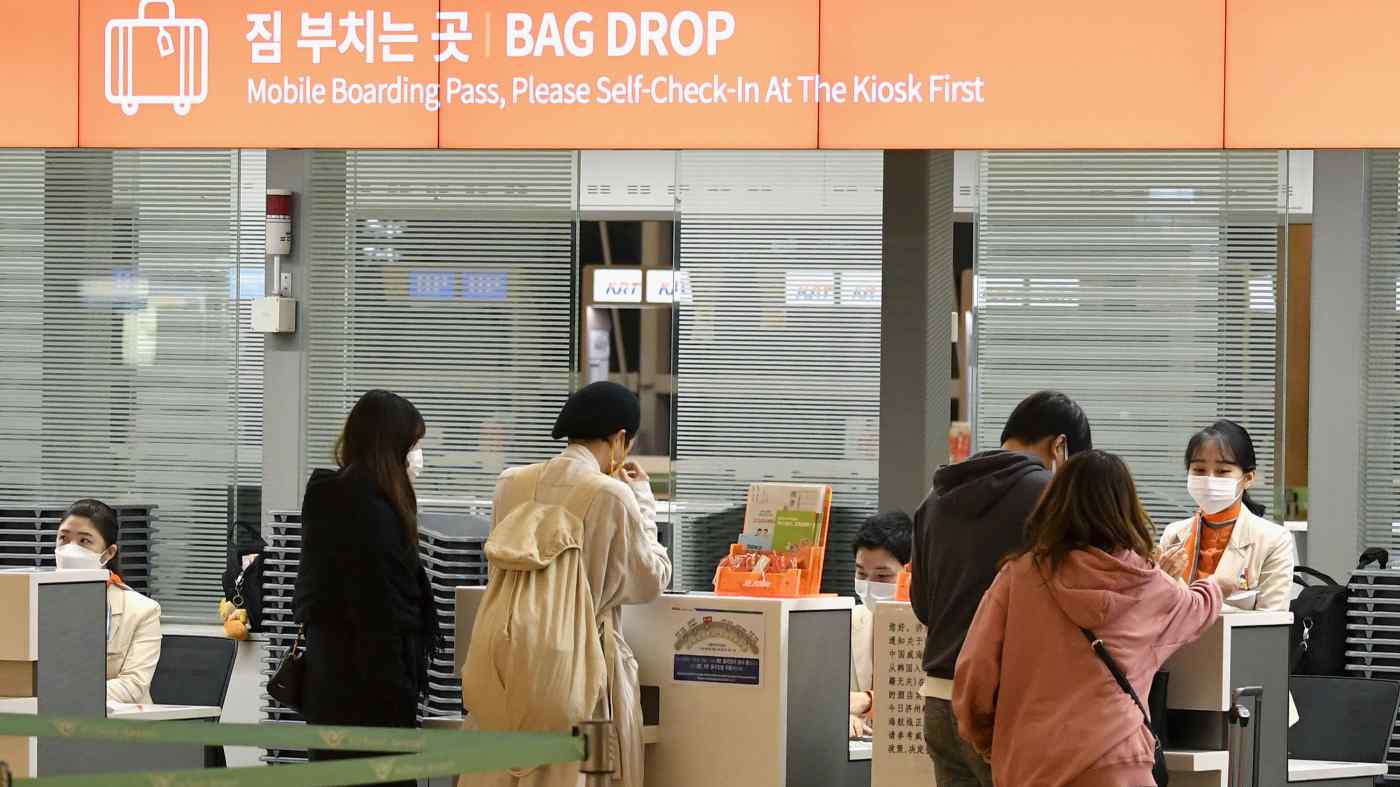 SEOUL -- Woo Ye-jin's dreams of a career in aviation have been grounded indefinitely.

Having majored in airline services and tourism in preparation for a cabin crew career, Woo, 26, graduated from university in February -- just as the coronavirus pandemic was shutting down economies globally. With air travel mostly halted worldwide, the outbreak has hit the aviation industry particularly hard.

Most companies that Woo had considered applying to are shedding staff. This makes her one of many young South Koreans waiting on the sidelines, hoping for a way into a job market that was fiercely competitive even before the pandemic.

When he took office in 2017, President Moon Jae-in pledged to create 810,000 positions in the public sector, and made job creation, particularly for young people, a major priority. His administration has allocated millions of dollars to initiatives meant to increase hiring and improve job security.

Reeling from the COVID-induced slowdown, the Finance Ministry on Tuesday announced the biggest budget in South Korea's history, with some 8.6 trillion won ($7.2 billion) allocated to keeping or creating 2 million jobs. The funds are to be aimed at small business owners, youth and the middle-aged. The government has also earmarked 21.3 trillion won for what it is calling South Korea's New Deal, to create hubs of green and innovative tech enterprises.

It remains to be seen whether the massive spending can spur sustainable employment and growth.

"All the measures by the government are for short term makeshift jobs for the youth and the elderly," Shin Se-don, a professor of economics at Sookmyung Women's University in Seoul, told the Nikkei Asian Review. "They could not wait for a long time for better and decent jobs, which require restructuring and innovation. [The government] put in as much money as possible for quick results, paying little attention to a more fundamental solution."

Moon's job creation policy became a subject of national debate over the summer when Incheon International Airport Corp., the state-run company that operates the country's biggest airport, announced plans to give permanent positions to 1,900 security contractors, part of the Moon administration's goal to phase out irregular jobs in the public sector.

Critics, including young job seekers, decried the plan as unfair, arguing that the contract workers had an unfair advantage, and that the corporation should instead have openly recruited for the positions. More than 352,000 people signed a petition on the website of the presidential office calling on the government to cancel the plan.

The system mandates an official government response to any petition that gets more than 200,000 signatures. On Aug. 21, Im Seo-jeong, Vice Minister of Employment, defended the decision, saying that to be converted to full-time status, all the workers had to go through the standard screening process and were not granted any preferential treatment.

Im added that the conversion will not diminish opportunities for others, saying that even though this year's round of hiring has been delayed due to the coronavirus, Incheon will still fill roughly 70 positions in 2020 -- a similar number to last year. Passenger planes are parked on the tarmac at Incheon International Airport near Seoul in March. The airport is under fire over plans to give permanent positions to 1,900 security contractors.   © Reuters

Stable, permanent positions like those at Incheon are coveted by job seekers. Since reforms made in the wake of the 1997-98 Asian Financial Crisis, South Korea has had a two-tier employment system. Workers on temporary contracts earn less than their full-time colleagues and do not receive benefits such as health insurance.

After two years at one workplace, irregular workers must either be given full-time jobs or be let go. South Korean labor law makes it difficult for employers to cut full-time staff in lean times, so the number of irregular workers has been increasing in recent years.

Job-seekers are therefore drawn to the public sector and the corporate conglomerates that dominate the economy. A recent survey of university students by JobKorea, an online employment portal, found internet titans Kakao and Naver were the two most desired employers, trailed by manufacturer CJ Cheil Jedang, Samsung Electronics and Korea Electric Power Corp.

South Korea lost 277,000 jobs in July, which marked the fifth straight monthly fall and the longest stretch of continuous decline since the financial crisis in 2009.

With the country still recording more than 100 new coronavirus cases per day and imposing strict social distancing measures, Woo, the job-seeker, sees no economic recovery on the horizon and is considering going to New Zealand next year to study hospitality.

She believes the Incheon Airport case is an example of the unfairness in the employment system of South Korea, where years of diligent study to accumulate credentials do not guarantee a decent job.

"There are people who worked harder for those permanent jobs than the contract workers who got them," she said. "I wonder what will become of all the hardworking job-seekers in our country?"