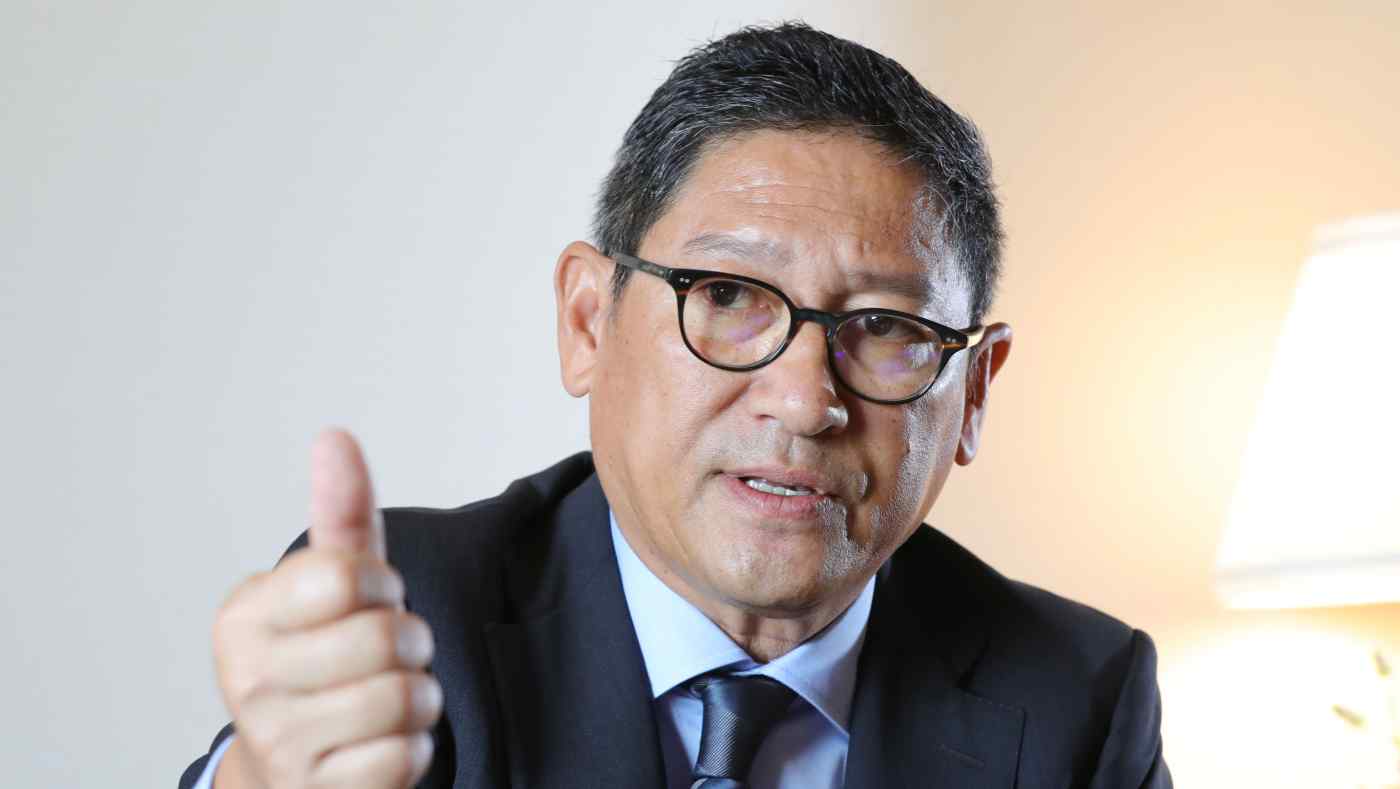 TOKYO -- Cambodia seeks to lower electricity fees for companies in the country to set off an increase of labor costs due to a higher minimum wage, says a Cambodian minister in charge of foreign direct investment. Sok Chenda Sophea recently unveiled a 10-year national development plan to boost Cambodia's role in the region's supply chain.

"In less than six months, we will have cheaper electricity," Sok, a minister attached to the prime minister and secretary general of the Council for the Development of Cambodia, told the Nikkei Asian Review earlier this month in Tokyo. Foreign manufacturing companies in Cambodia have been complaining about Cambodia's relatively high electricity fees compared to neighboring countries.

The CDC is the government agency that handles foreign investment and aid.

Sok explained that new power plants, including hydrogen- and coal-powered facilities, have begun operating to meet demand from factories. As a result, he said, "from this year, 2018, Cambodia will be self-sufficient" in electricity. The country has imported electricity from Thailand and Vietnam for years.

The reduction in fees is meant to offset increases in labor costs, Sok said. Cambodian Prime Minister Hun Sen instructed the government to set this year's minimum wage for garment workers, a powerful voting bloc, at $170 a month. That is almost triple the level in 2011. Around that time, garment makers and other light-industry manufacturers from Japan, South Korea, Taiwan and China rushed into Cambodia, lured by its cheap labor, but many of them have been disappointed by the rapid rise in wages.

Sok defended the prime minister's decision, saying that if workers "get more salary, [they will be] happier. [They] will be more productive." But, he admitted, "apparently [the minimum wage increase] will reduce the attractiveness" of Cambodia among foreign investors. He stressed that "we need more FDI," which is why the Cambodian government has been trying to restrain total production costs. 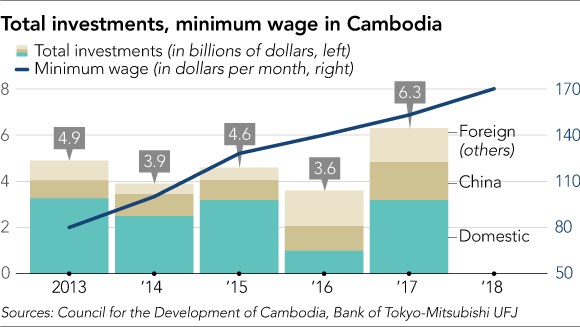 Regarding a long time development plan of the country, Sok said, "Cambodia [wants] to be part of this production chain [in the region]." Based on the country's Industrial Development Policy, which covers 2015 through 2025, Cambodia seeks to be a "China-plus-one" or "Thailand-plus-one" location. "This is our target," because there is little possibility, for example, that "Toyota Motor will move their assembly plants from Thailand to Cambodia," because the population and market scale of Cambodia are relatively small. "We [want] to be able to supply [parts and equipment to] those assembly plants in Thailand."

He noted that some Japanese companies have already started to do this at a special economic zone near the border with Thailand.

In Cambodia, dollars are widely used for retail shopping and business. Few people are willing to use the local currency. Many foreign countries welcome this situation, which helps them avoid exchange rate fluctuations against the dollar. "We are a dollarized economy, and this will remain for a while. You do not have to worry," Sok explained.

Cambodia is an enthusiastic player in the Belt and Road Initiative, Chinese President Xi Jinping's campaign to build an economic zone from China to Europe through infrastructure development. China has been the top foreign investor in Cambodia for the past several years. But Sok strongly denied the view that Cambodia is some sort of "mini China."

The Belt and Road Initiative "has increased significantly economic activities backed by Chinese funds. [But it does not include] Cambodia only," Sok said, noting that Malaysia is also a major participant in the initiative. "You never say Malaysia is a 'mini-China.'"