Can a new airport put rural Indonesia on the map? 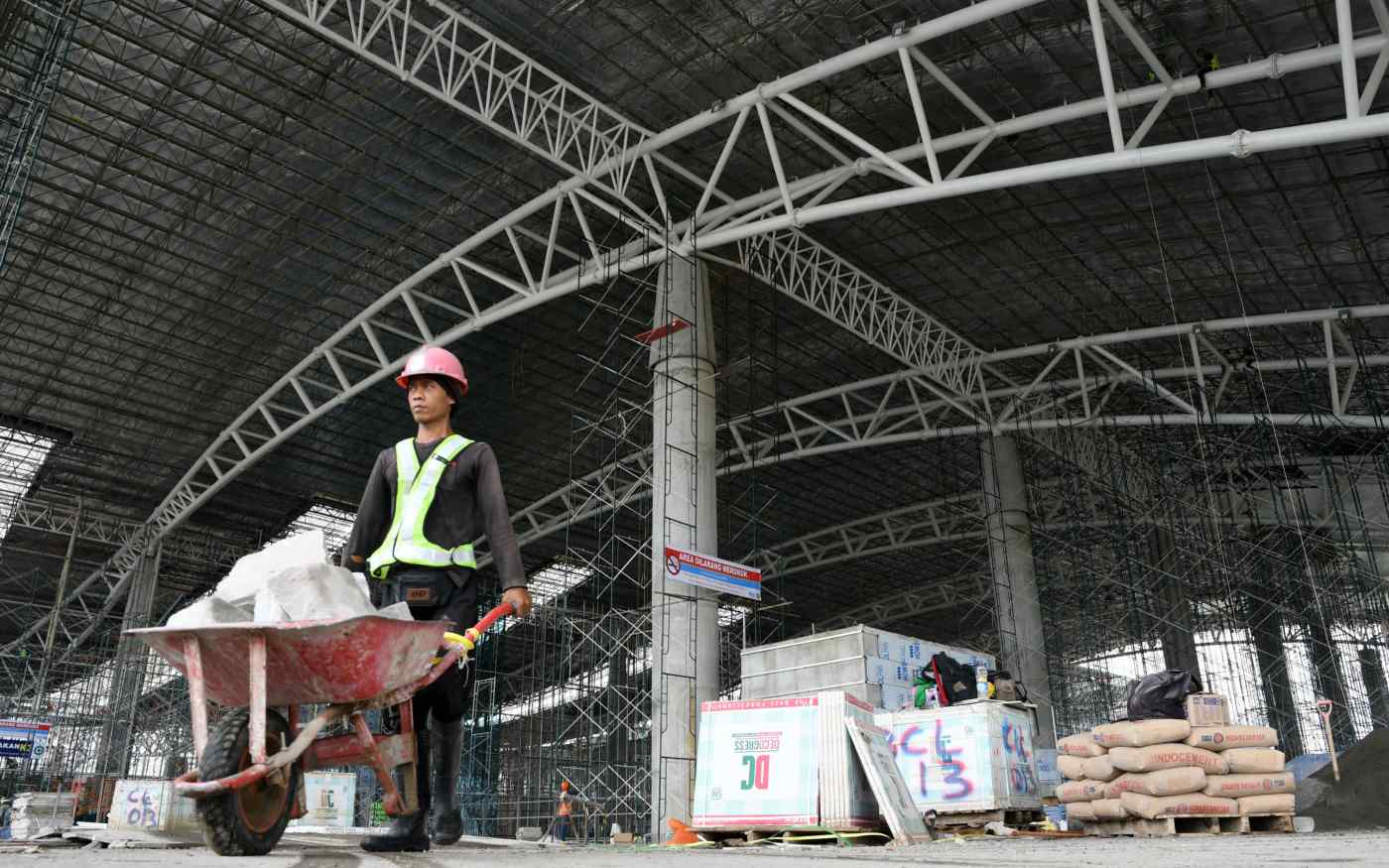 MAJALENGKA, Indonesia Rice fields and flocks of sheep used to be the main features of this remote part of West Java, about 180km east of Jakarta. Hopes are high that a sprawling international airport currently under construction will change that by luring businesses away from the capital and turning the region into an economic hub.

The Kertajati International Airport is racing to open its doors before the Idul Fitri holiday in mid-June, when millions of Indonesians return to their hometowns for the end of Ramadan. The deadline appears extremely tight -- when Nikkei Asian Review reporters visited the site on Feb. 28, the exteriors of the terminal, designed to resemble the feathers of a peacock, and a nearby access road were still being built.

The project is more than just another airport. The majority of BIJB is owned by the West Java provincial government, marking the first time that a local government in Indonesia is taking the lead in an airport project. Investors are watching closely to see if this is a first, small step toward broader deregulation of the airport sector, over which the central government currently has a virtual monopoly.

Deregulation would unlock opportunities in the country's fast-growing aviation industry, which will need $22.9 billion in airport infrastructure investment by 2036, according to projections by Nomura.

The Kertajati airport will be able to accommodate up to 2.7 million passengers per year. It is being built on 1,800 hectares of land, an area slightly larger than that of Soekarno-Hatta International Airport, Indonesia's main gateway. The first phase of development, to cost 2.6 trillion rupiah ($189 million), will feature a single 3,500-meter runway that can handle at least 14 routes. The 96,000-sq.-meter terminal will include a peacock garden and other small attractions. The project faced years of funding-related delays after it first kicked off in 2009. Ekaputra said that thanks to local government backing, the company was able to revive the project in late 2015 using bank loans and funds from the West Java budget. If successful, the airport development could potentially provide the government with a new source of income, helping spur local employment and investment.

"We hope that this will become a new economic driver for West Java," Ekaputra said.

Demand for air travel has far outstripped the pace of infrastructure development in Indonesia, resulting in increasingly clogged airports. Soekarno-Hatta handled 63 million passengers last year, exceeding its capacity of 43 million passengers despite a new terminal being opened in 2016.

"Soekarno-Hatta is too crowded, so we hope Kertajati can ease congestion, especially during the holiday season," said Benny Butarbutar, a spokesperson for Citilink, the budget airline arm of flag carrier Garuda Indonesia.

The government has indicated that it is considering calling for private-sector involvement for the expansion of a few airports, such as the Kualanamu International Airport in North Sumatra. But investors seem skeptical.

Foreign ownership of airports is capped at 49%. Plans to invite private-sector companies to invest directly in the Kertajati airport were scrapped after the Ministry of Transportation decided to resolve a last-minute funding crunch with an injection from Angkasa Pura II, one of two state airport operators, and a mutual fund managed by a state-owned securities company.

"The government was concerned over what private investors will do if they take control," said one senior manager at a large Indonesian conglomerate interested in entering the sector. Development of regional airports like Kertajati is key if Indonesia wants to spread growth to regions beyond the capital and address income inequality.

Manufacturers in industrial areas near Jakarta are already feeling the pinch of rising wages and worsening congestion. While this is potentially good news for regional development, companies have few alternatives at the moment due to a lack of supporting infrastructure.

Unilever's Indonesian unit, for example, set up a palm oil processing factory on the island of Sumatra in 2015 after the government gave the company a temporary tax break. But "it's been years, and it's been only us that operates there," Tevilyan Yudhistira Rusli, finance director at Unilever Indonesia, said at a recent business conference in Jakarta. He cited the lack of nearby ports, roads and industrial gas as major hurdles to business. "The policy, [the] strategy of the tax holiday can be improved," he said.

President Joko Widodo has made infrastructure development a top priority, but progress has been slow. A new 116km section of a toll road stretching across Java opened in 2015, and state-owned contractors are expected to finish most of the network this year. The Japanese government agreed to lend 118.9 billion yen ($1.12 billion) for a seaport north of Majalengka and is in talks to back an upgrade of the Jakarta-Surabaya railway.

"Companies should slowly be moving to the eastern side [of Java] because of labor and logistic costs," said one executive in the airport industry. The monthly minimum wage of Majalengka is 1.66 million rupiah, less than half that in Jakarta.

Eventually, BIJB wants to expand the airport so that it can handle up to 26 million passengers, which would make it the country's second-largest airport after Soekarno-Hatta. It also plans to develop a 3,480-hectare township nearby, dubbed Aerocity, as an industrial hub. The entire project is estimated to cost some $2 billion, meaning that financing by the local government will likely not be enough.

Ekaputra acknowledged that the private sector is currently shut out from investing in the airport itself but said foreign companies are invited to develop surrounding infrastructure, as well as Aerocity. He said he has already made a pitch to Japanese investors for a rail line project connecting the airport to an existing railway in the north.

Merely building infrastructure in low-wage areas, however, will not be enough to attract companies.

Whether West Java can roll out favorable policies for investors will depend largely on its next governor, who will be chosen in an election scheduled for June. Opinion polls show that Ridwan Kamil, mayor of Bandung, is the favorite to win. The former architect is known for his investor-friendly approach, telling a business forum in 2016 that private sector-led development is a "very common thing" in developed markets.

But Bandung has been a manufacturing hub for textiles and other goods for decades. Developing West Java's lesser-known regions will be a greater challenge.