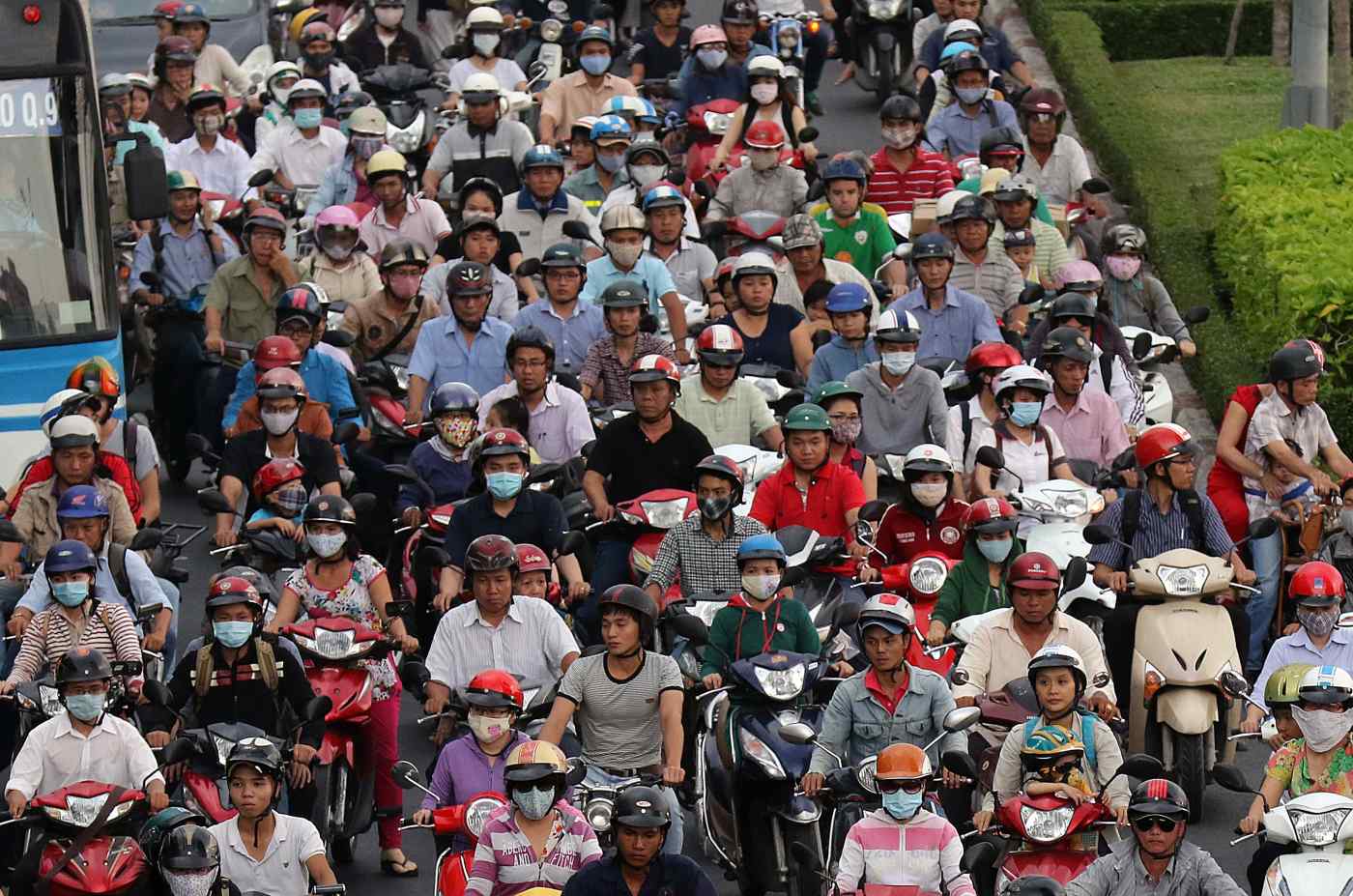 HO CHI MINH CITY -- Authorities in Ho Chi Minh City announced on Wednesday a further delay to the start of Metro Line 2 until 2020, taking it seven years behind schedule, because more time is needed to formulate and process the project.

Ho Chi Minh city is home to more than 10 million people, and is facing mounting traffic congestion. The $2.1 billion project will not be completed before 2024, and is the second of its kind to be postponed in a week.

A few days ago, the city announced the suspension of the first bus rapid transit (BRT) line. It will be replaced by a high-quality bus route for efficiency reasons, and the route can be upgraded to a BRT line after five to 10 years.

Transport authorities said the $144 million BRT project is not a good fit for the city's existing infrastructure, and will be unprofitable because it has not been designed to service crowded residential areas. At one stage, a BRT network with six lines was planned for the city by 2020.

The latest announcements come a few months after the city's budget was reduced 5% by the central government in Hanoi, shrinking some 80 trillion dong ($3.57 billion) each year through 2020.

Ho Chi Minh City expects revenue of 367 trillion dong in 2017, and to have about 66 trillion dong available for its own spending following the cut. The city was previously allowed to keeps 23% of the revenue it collected, handing the rest to state coffers. Last year, the government in Hanoi cut this back to 18% for 2017-2020.

The cut has raised concerns about financing public projects since the remaining budget only covers about a third of infrastructure investment needs. To develop as an economic hub, Ho Chi Minh City needs over 500 trillion dong for some 300 infrastructure projects between 2016 and 2020. Vietnam needs to invest in total an estimated $400 billion in infrastructure over the next decade, but must contend with swollen public debt and increased cost of borrowing.

Metro Line 1, Ho Chi Minh City's first and largest transport project, has fallen behind schedule and contractors have been paid late. Originally due to come into service in 2018, the project has been rescheduled for late 2020.

Contractors have threatened to stop work if payment delays continue. These are estimated to be running at 500-600 billion dong per month. The delays have increased the cost of Metro Line 1 by 87% to over 47 trillion dong. Contributing to the expense, imported machinery that previously could be imported tax free is now subject to import duty.

Ho Chi Minh City has planned a metro network with eight lines, but it must overcome a capital shortfall and recover credibility if it is to attract investors. Meanwhile urbanization and real estate development have pushed ahead, causing congestion and flooding problems.

Authorities have been heavily criticized for poor urban planning. With public funding falling short, they have turned to the private sector for advice and participation. Public-private partnerships have been approved in principle by the central government. Some 190 transport projects valued at over 300 trillion dong are on a priority list, but half of them have no source of funds, according to a report released in June.

Companies have been approached to develop stations and routes along the Saigon River and some canals to reduce congestion and increase commuting options. The city's waterways have been cleaned up with $450 million in loans from the World Bank.

The private sector has contributed about 10% of infrastructure investment, compared to about 60% in other areas between 2010 and 2015. Impediments include bureaucratic complications, land clearance, compensation, and the lack of incentives.