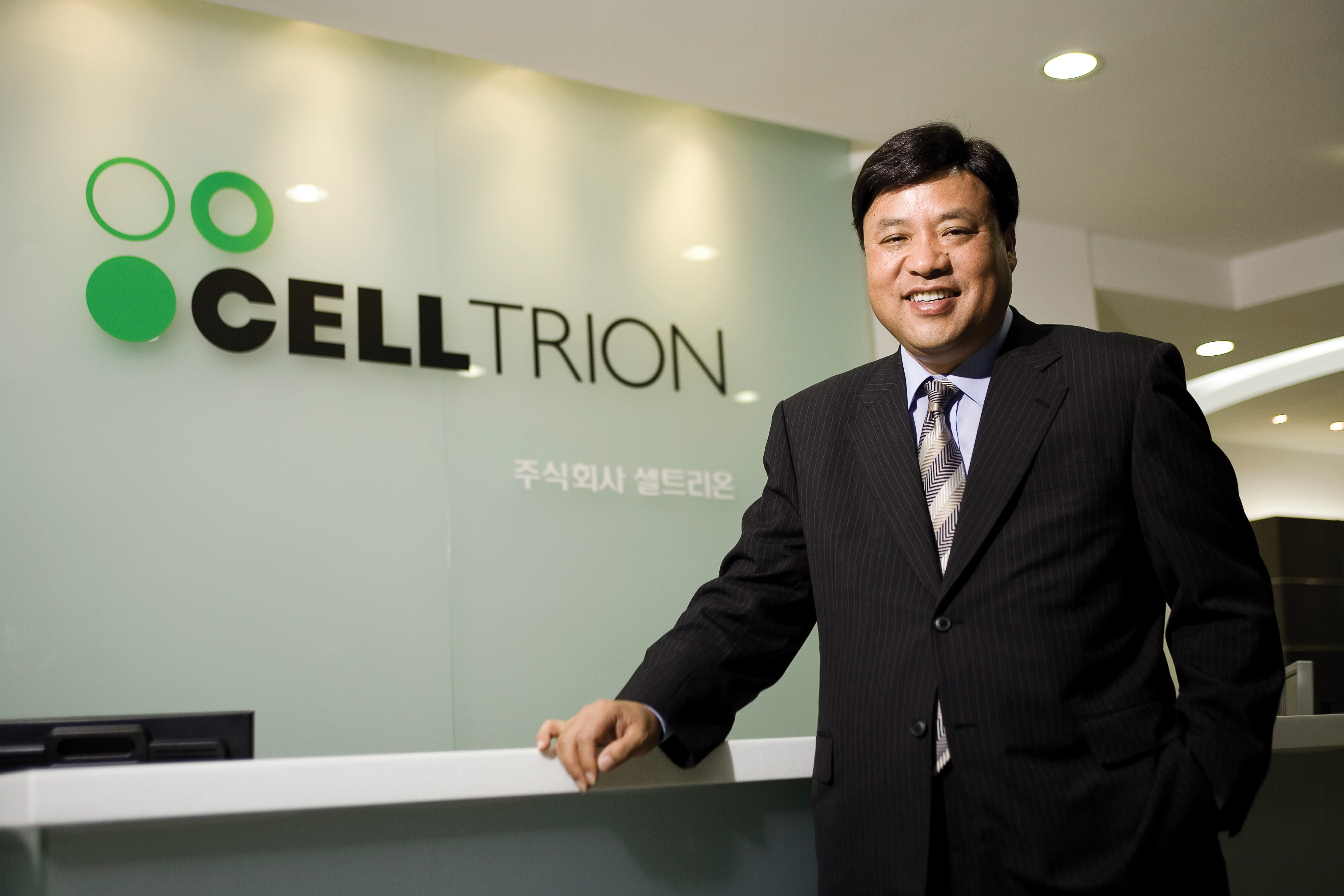 SEOUL In the 14 years since he founded Celltrion in South Korea, Chairman Seo Jung-jin has bet just about everything he has on the biopharmaceutical company. This gutsy approach is now paying dividends.

The latest achievement for the 59-year-old entrepreneur came in April, when the U.S. Food and Drug Administration approved the manufacture of Inflectra, also known as Remsima, an anti-inflammatory medication used for immune-system diseases when other treatments have failed.

Remsima is a biosimilar drug, a close copy of an original medicine whose patent has expired. The FDA's approval of the drug gives Celltrion entry into the largest biosimilar market in the world, one with annual sales of $20 billion. Analysts expect Remsima to gain a 10% share of that market, generating about $2 billion in annual revenue from the U.S. alone, compared to its global total of 603.4 billion won ($547 million) last year.

But winning this permission took 10 years from when the company developed the drug.

To fund the research, Seo tried to raise money by listing Celltrion on the Kosdaq, the country's startup-heavy, tech-centric stock market. But the company was a relative unknown at the time, and investors gave it the cold shoulder.

Seo did not give up. He bought the company's shares by borrowing from private lenders who asked him to hand over various internal organs if he failed to pay them back.

"I signed such contracts so many times, some lenders said I didn't have any organs left to be collateralized," Seo said in an interview with local media.

Fortunately, he did not have to sacrifice any of his organs. Overseas investors acknowledged Celltrion's growth potential by investing 1.4 trillion won in the company. These backers included Singaporean sovereign fund Temasek, which chipped in 358.8 billion won.

This funding allowed the company to conduct overseas testing, helping it gain approvals from drug authorities in South Korea in 2012, Europe in 2013 and the U.S. this year. Remsima, an anti-inflammatory biosimilar drug developed by Celltrion, is now sold in over 70 countries.

"Chairman Seo Jung-jin has led his business by betting all he has during crises, but it was not an adventure for him," Kim said in a 2012 book titled "Code of New Riches." "He was confident of success based on his sharp mind and passions. He showed an excellent ability to read new paradigms and design his own business."

But, that does not mean the future is entirely rosy. Analysts say the company will face fierce competition from drugmakers lowering the prices of original drugs for which Celltrion produces biosimilar versions.

"Original maker Janssen plans to cut the price of Remicade by 10% in the U.S. market, following the discount in the U.K. That will definitely threaten the growth of Remsima, which sells at about 65% [the price] of Remicade," said Kang Yang-koo, an analyst at HMC Investment Securities.

Remsima is a biosimilar of Remicade.

Kang also said Pfizer's development of its own biosimilar of Remicade will pose a threat to Remsima's U.S. sales.

Looking beyond biosimilars, Seo has his eye set on "cosmeceuticals," cosmetic products with biologically active ingredients that provide medical benefits. He is so confident that this is the coming trend in the world of cosmetics that he plans to invest 150 billion won in the business.