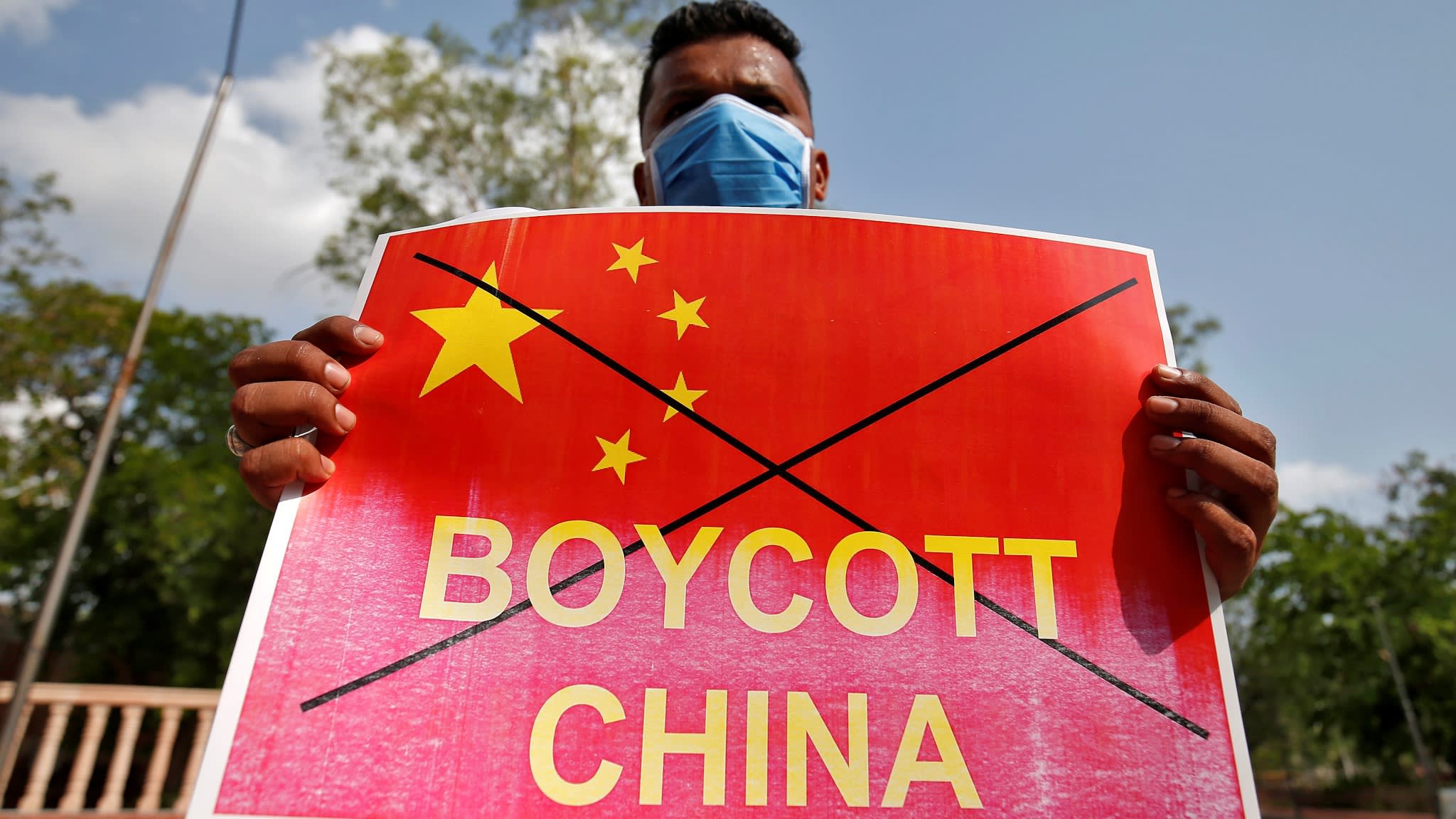 A member of the National Students' Union of India takes part in a protest against China in the Indian city of Ahmedabad on June 18.   © Reuters
MOYURU BABA, Nikkei staff writerJune 29, 2020 01:59 JST | India
CopyCopied

TOKYO -- The border crisis between China and India has begun to spill over into bilateral trade as the Indian government considers imposing restrictions and higher tariffs on Chinese companies and goods.

Measures include a directive against the use of telecommunications equipment from Huawei Technologies and other Chinese suppliers. China's auto sector is also being targeted.

It is "impossible" for India to exclude Chinese businesses from all its industries, said Harsh Pant at the Observer Research Foundation, an Indian think tank. Chinese goods led Indian imports by value in 2018, making up 14% of the total.

Indian officials are considering various punitive actions on Chinese companies, local media reports say. State-owned telecoms have been told not to use equipment from Huawei and ZTE for upgrading 4G infrastructure or in pilot 5G networks. 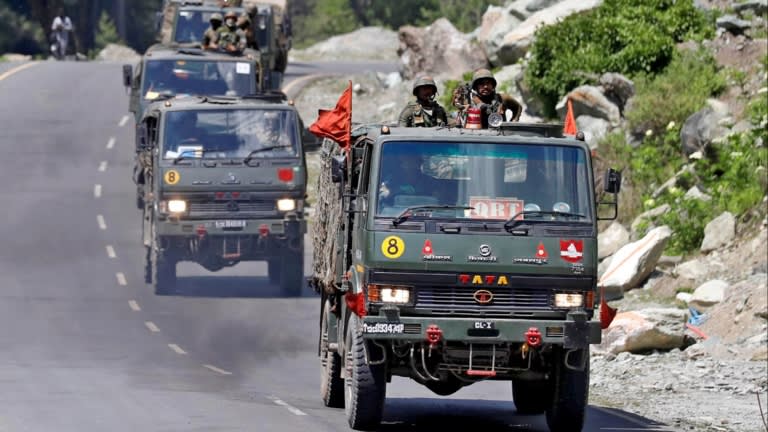 An Indian army convoy moves along a highway leading to the Himalayan region of Ladakh on June 18.   © Reuters

The state of Maharashtra has reportedly put on hold an agreement with China's Great Wall Motor to allow the automaker to operate an auto plant vacated by General Motors. Great Wall spent 37.7 billion rupees ($498 million) on the factory in January and planned to start selling cars made there next year. Maharashtra also intends to freeze Chinese operations involving electric buses and machinery.

Meanwhile, the Indian government has started discussing higher tariffs for air conditioners, auto parts, furniture and other Chinese imports, Bloomberg News reported. Stricter quality rules have also been proposed for at least 370 products, including chemicals and steel, that can be locally produced.

This pushback in trade and investment follows a standoff in the Himalayan border region that began in early May between Indian and Chinese troops and led to a skirmish on June 15 that left 20 Indian servicemen dead.

Chinese state media have said little about the incident, not even releasing a casualty count for the Chinese side. On the other hand, Indian social networks are abuzz with anti-China sentiment, including calls for product boycotts.

Yet many manufacturing sectors cannot operate without access to Chinese-made products, such as telecom equipment and semiconductors. Some realists in India's business community caution against excessive reprisals against Chinese companies.

Moreover, the Indian economy is at the brink of crisis stemming from the coronavirus pandemic. The International Monetary Fund recently downgraded its forecast for Indian economic growth this year to negative 4.5%. That would mark the worst slump since the oil crisis of the late 1970s.

More than 500,000 people in India have been infected with the coronavirus, mostly the nation's poor. Although the urban lockdown is supposed to last through the end of the month, some factories and restaurants have been allowed to reopen, a move blamed for accelerating the disease's spread.

Dissatisfaction is building up in the Indian public, said Srikanth Kondapalli, a professor of East Asian studies at Jawaharlal Nehru University in New Delhi. This could "lead to a bigger military clash" with China, Kondapalli said.