Retail sales down 2.8% but points to some signs of recovery 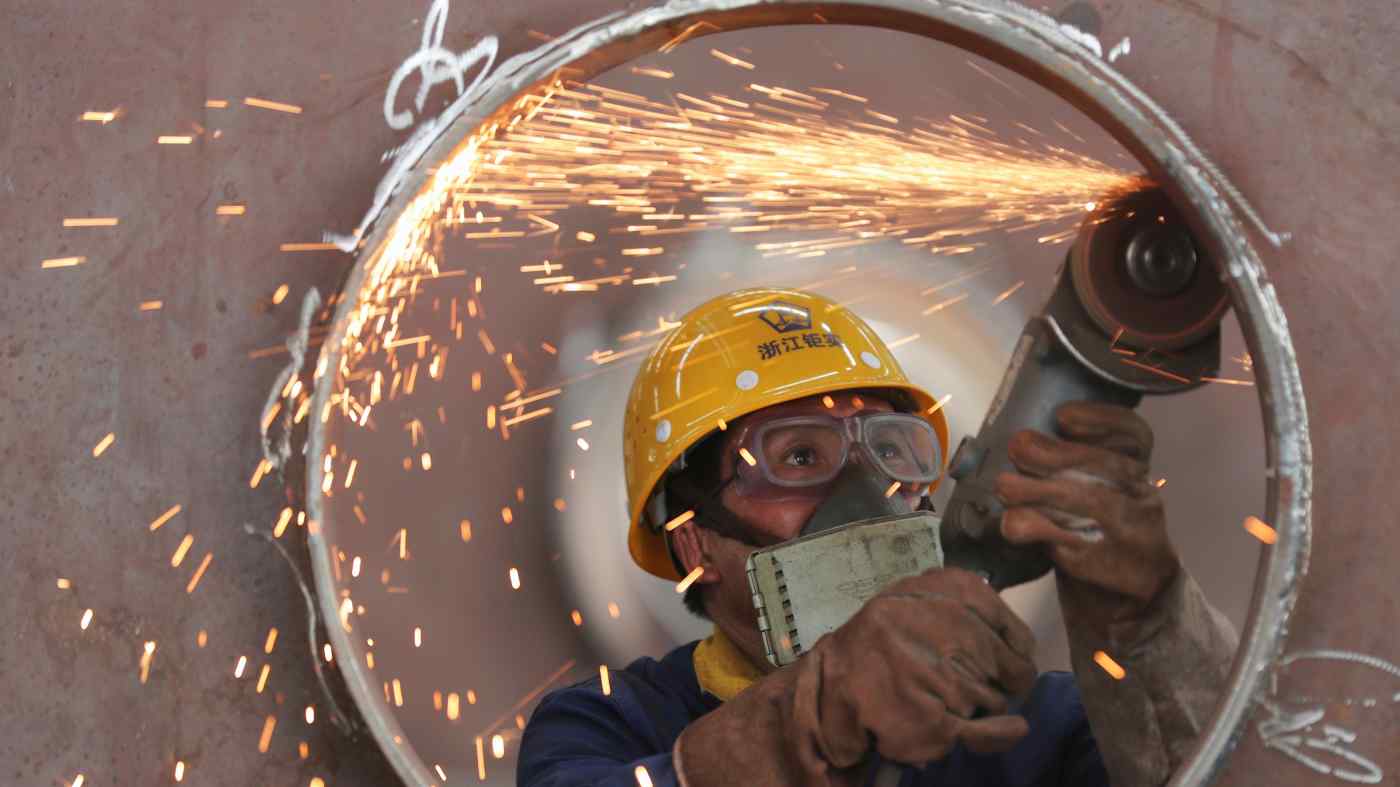 An employee works on a production line manufacturing steel structures at a factory in Huzhou, China on May 17.    © Reuters
June 15, 2020 11:33 JST | China
CopyCopied

BEIJING (Reuters) -- China's industrial output expanded 4.4% in May from a year earlier but the gain was less than expected, official data showed on Monday, suggesting the economy is still struggling to get back on track after the coronavirus crisis.

Analysts polled by Reuters had expected growth to quicken slightly to 5.0% from a year earlier as more businesses resumed production, following a rise of 3.9% in April, the first expansion since the virus emerged from China late last year.

Retail sales fell 2.8% on-year, more than a predicted 2.0% decline, but pointing to some signs of recovery in consumer demand after a 7.5% drop in April.

Sales have fallen for four straight months as shops, restaurants and other crowded places closed during the pandemic. Though strict anti-virus measures have been relaxed, consumers remain wary.

Fixed asset investment fell 6.3% in January-May from the same period last year, compared with a forecast 5.9% fall and a 10.3% decline in the first four months of the year.

Private sector fixed-asset investment, which accounts for 60% of total investment, fell 9.6% in January-May, compared with a 13.3% decline in the first four months of the year.