GDP and other data also come under suspicion 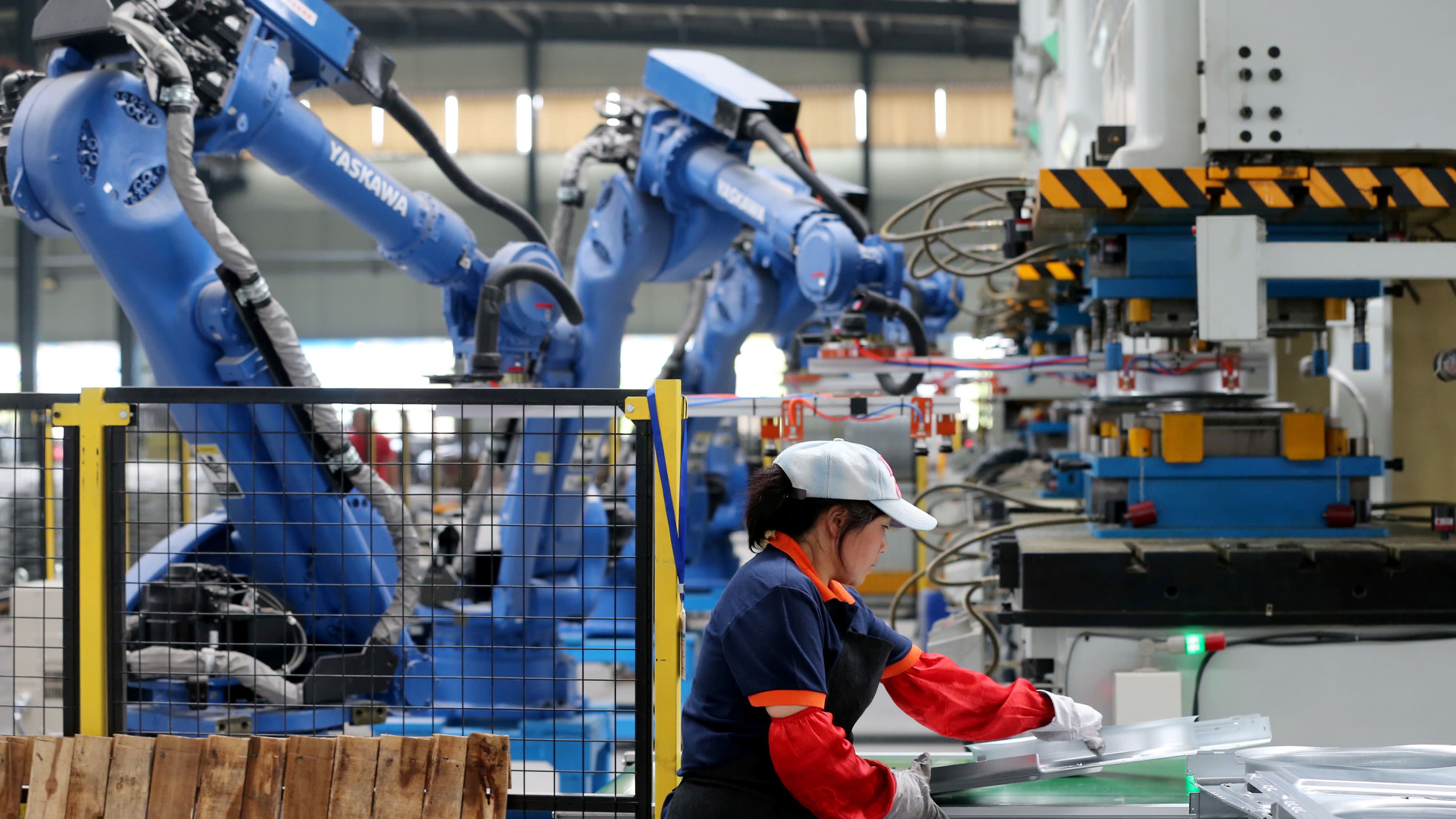 BEIJING -- China's statistics bureau has taken the highly unusual step of acknowledging that it revised past data on corporate profits, raising concerns about the reliability of official figures.

Profits at industrial enterprises grew 16.5% on the year in the January-May period. The figure, reported by the National Bureau of Statistics, drew suspicion as unnaturally high.

The bureau releases industrial profits each month, targeting companies generating 20 million yuan ($2.97 million) or more in annual revenue from core operations. The January-May tally came to 2.72 trillion yuan. But analysts pointed out that the figure reported a year earlier was 2.9 trillion yuan, which would translate to a drop of 6%.

Mao Shengyong, spokesman for the bureau, announced China's GDP data for the April-June quarter on Monday. He also revealed that past industrial profit figures were revised.

An internal investigation uncovered 72 cases of illegal statistical manipulation at the national level and over 7,000 cases at the municipal level between 2017 through April of this year, according to Mao. At one corporation, Mao said, 19 of 25 subsidiaries submitted earnings figures that included those at the parent.

The bureau started releasing corrected data in the fall of 2017. Figures for 2018 tend to show higher growth because the comparable numbers for 2017 were revised down.

A shift in companies being counted as 20-million-yuan enterprises has also affected the statistics.

China has been tightening environmental regulations since last year, ordering steel, coal and cement plants to shut down or suspend operations. Many of the companies caught in the sweep were small to midsize businesses. The interruptions in production pushed down revenue to the point that the companies were excluded from the profit survey this year.

For an apples-to-apples comparison, the same sample of companies needs to be used for both 2017 and 2018. So eliminating a number of businesses from last year's list has the effect of lifting the profit growth rate.

There is concern that other official data was revised as well.

For the Chinese retail sector, aggregate sales for companies making 5 million yuan or more in revenue jumped 7.5% on the year in the January-June period, according to official statistics. But when basing the calculations on the figures reported a year earlier, the outcome shows a 9.1% decrease.

The retail data has been considered highly accurate because companies report the numbers directly to the bureau online, leaving little room for meddling by local government authorities. But it may be that the retail statistics were also adjusted to remove duplicate data.

Industrial production data is also under a cloud of doubt. According to government statistics, cement output inched down 0.6% during the first half of this year, but a comparison against the year-earlier data shows a 10.4% drop. The official account was suspect from the beginning since infrastructure building was supposed to have slowed down over the period.

The careers of local government officials are closely tied to GDP data and tax receipts in their regions, and so they may have pressured companies to pad earnings figures.

The acknowledged correction of the data appears to be connected to an initiative by President Xi Jinping to elevate the reliability of government statistics. But the statistics bureau has yet to release the adjusted numbers from previous periods, and the less-than-transparent approach Beijing is taking has drawn criticism from market players.

The bureau said Monday that China's April-June GDP growth slowed slightly to 6.7%. But the market suspects that is an overstatement.

Instead of increasing transparency, the government is seemingly cutting off access to some data. Starting this year, the statistics bureau no longer reports the value of fixed-asset investments by sector, opting instead to just release growth rates. That way, there will be no way to do the math on year-on-year comparisons.