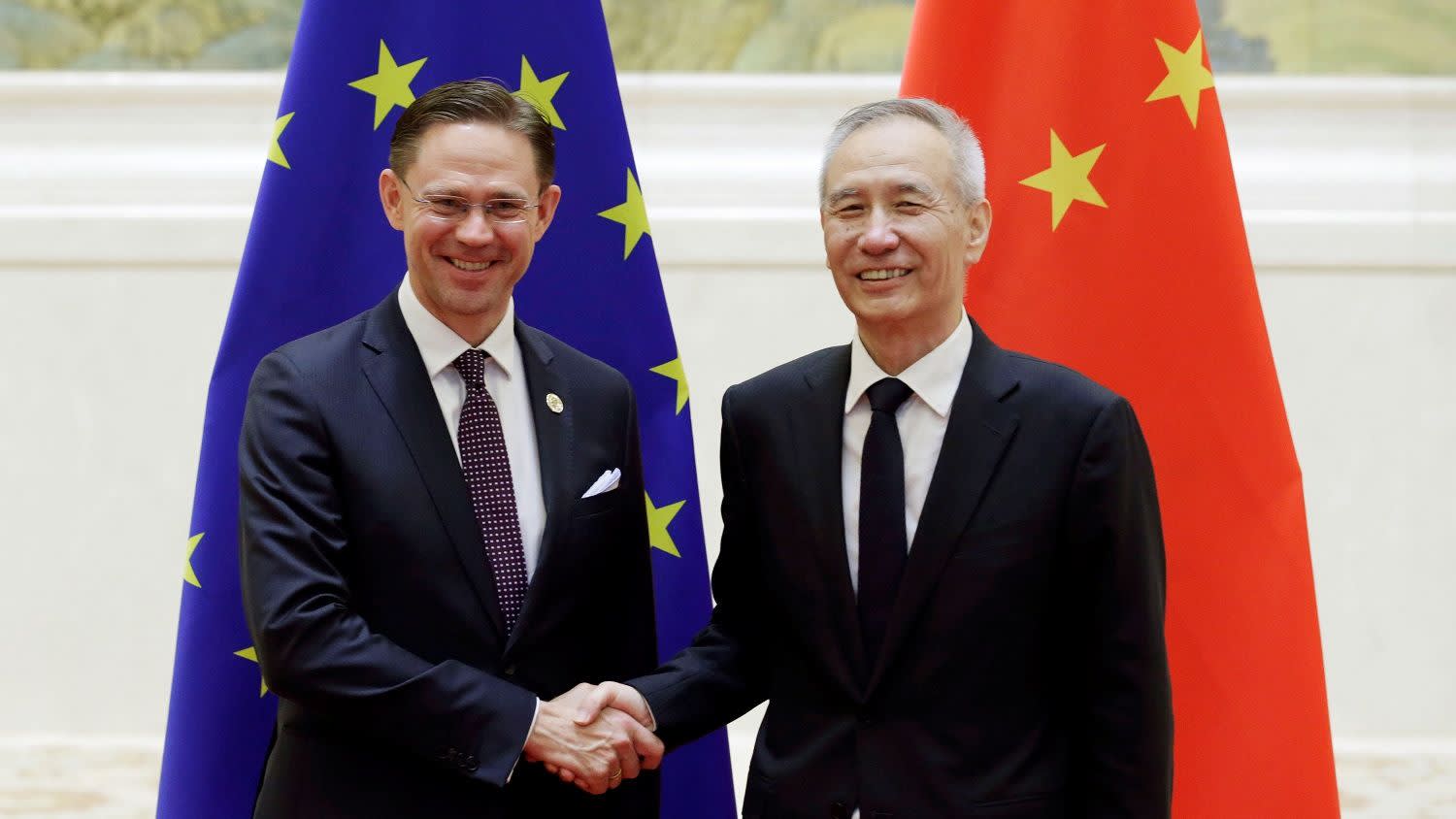 BEIJING (Kyodo) -- China and the European Union agreed Monday to work in tandem to tackle trade protectionism, with U.S. President Donald Trump starting to impose higher tariffs on imports from those areas in a bid to protect domestic firms.

The remarks by Liu, a top economic adviser to President Xi Jinping, came after he held a China-EU high-level economic and trade dialogue with European Commission Vice President Jyrki Katainen in Beijing.

China and the European Union have committed to "promote economic globalization that is more open, inclusive, beneficial to all, balanced, mutually-beneficial and win-win to reform the multilateral trading system," Liu added.

Katainen said at a press conference later in the day that the two sides confirmed the importance of conducting international trade under the rules of the World Trade Organization.

The United States has started to impose higher tariffs on steel and aluminum imports from major trading partners, including China and the European Union.

Moreover, Trump has threatened to impose a 20 percent tariff on U.S. imports of all European Union-assembled cars, saying on Twitter, "Build them here!"

The U.S. government has also announced it will put into effect on July 6 additional 25 percent tariffs on Chinese imports worth $50 billion for alleged intellectual property theft, with Trump urging Beijing to reduce its huge trade surplus with the United States.

Both China and the European Union have already decided to implement retaliatory measures against the United States.

Katainen, meanwhile, indicated at the news conference that the European Union and China have been at odds over Chinese technology-transfer practices, which the regional bloc has called "unfair."