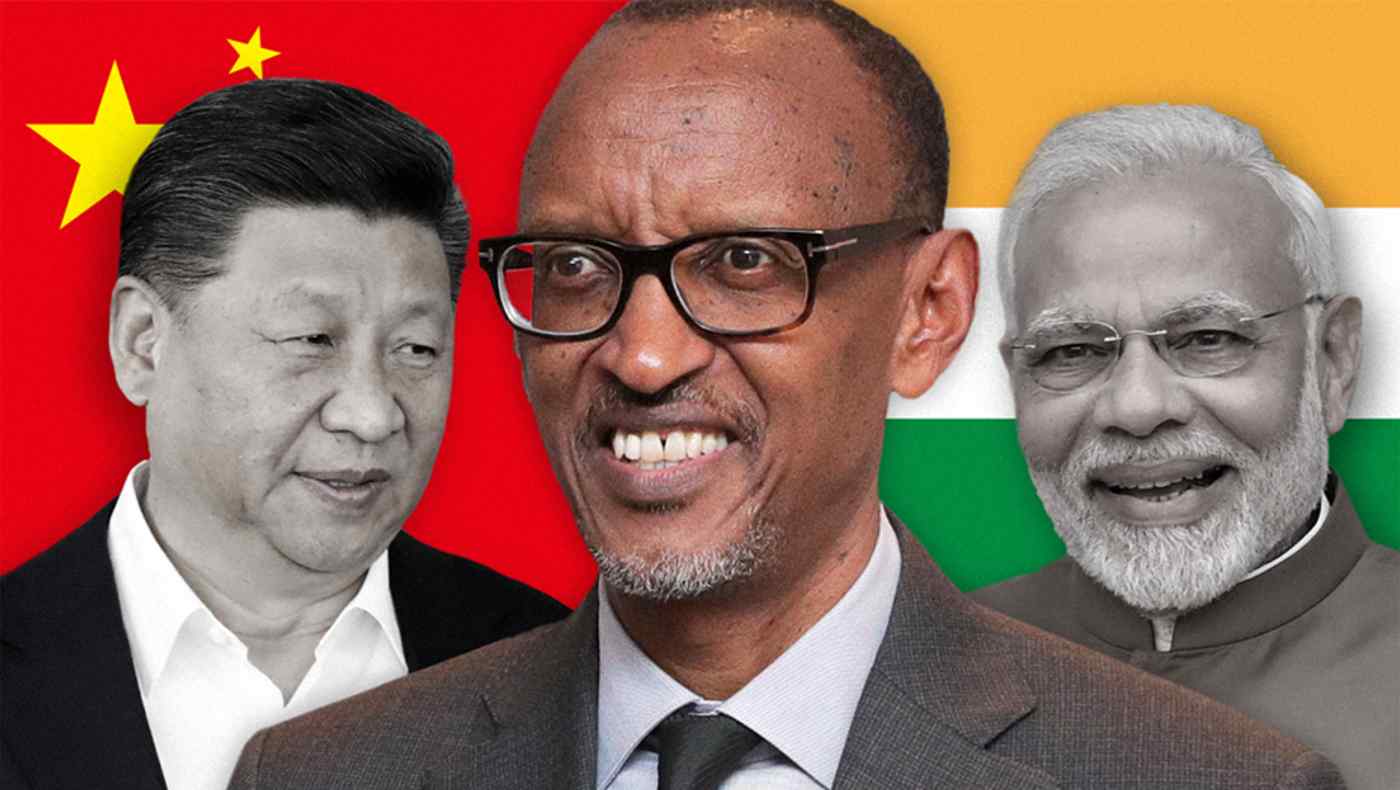 KIGALI, Rwanda -- China and India are locked in a game of one-upmanship deep in the heart of Africa. Nowhere is this more apparent than in Rwanda, which is drawing big investments from the two emerging powers and welcomed both Chinese President Xi Jinping and Indian Prime Minister Narendra Modi this past summer.

Despite its recent history of ethnic conflict, today's Rwanda has a great deal going for it. The government has kept the peace, and the country offers a favorable business environment, including an extensive fiber-optic network.

Although India appears to have an advantage, thanks to historical connections and a larger population of expats, China is rapidly catching up.

Signboards promoting Chinese construction companies are cropping up around Kigali, the capital. Other billboards display the logos of Chinese banks that are financing the projects. Chinese workers can often be seen issuing instructions to Rwandans at roadside construction sites.

Xi made his first visit to the landlocked country in July. During the trip, Rwandan President Paul Kagame agreed to participate in China's Belt and Road Initiative. Xi, for his part, pledged $126 million worth of infrastructure and other investment -- spending that promises to give Chinese companies a firmer foothold.

China has invested $400 billion in more than 60 projects and joint ventures in Rwanda over the past dozen years, according to CNN. Chinese companies have built 70% of the country's roads, the U.S. broadcaster reported. 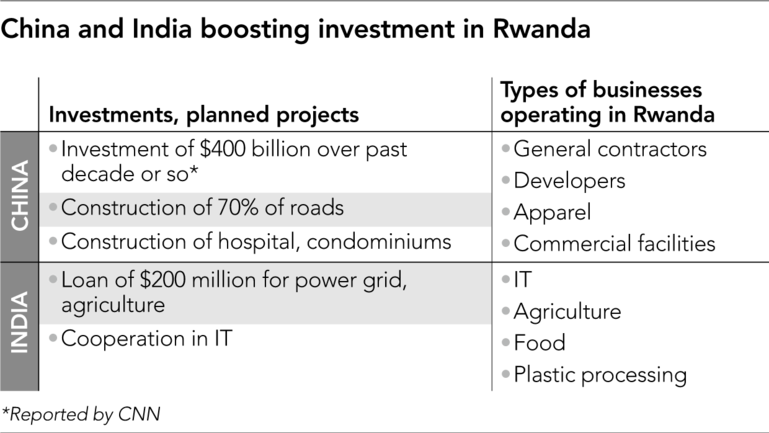 China also backed the construction of a general hospital in Kigali, and Chinese companies are pushing ahead with condominium projects.

Not to be outdone, Modi visited Rwanda the same month, accompanied by executives from more than 100 private companies. The prime minister pledged loans totaling up to $200 million, geared toward investment in the power grid and agriculture, along with cooperation on building industrial complexes and spreading information and communications technology.

Indian companies that have been doing business in Rwanda for years are excited about the prospects.

In an industrial park in a Kigali suburb, Indian plastic processing company Aquasantec has been producing huge agricultural water tanks and other products since the 2000s. Its plant, built at a cost of $20 million, also exports to neighboring Uganda. In the next two years, Aquasantec plans to spend $4 million to build production lines for plastic chairs and water pipes. Rakesh Vikram Singh, the company's director and head of operations in Rwanda, said that "Modi's visit encouraged Indian businesses in Rwanda," and that "Indian investment in the country is bound to increase."

Some 2,500 Indians now reside in Rwanda, outnumbering Chinese residents, Singh said. But he added that "Indian companies are likely to face increased competition from Chinese players." Soon, a Chinese textile company will be Aquasantec's neighbor in the industrial park.

Until now, China and other investors have focused most of their attention on African countries with advanced port facilities, like Kenya and South Africa. Now, though, the competition for influence is spreading inland.