Tencent, Alibaba and Vanke among names that clear revenue and profit thresholds 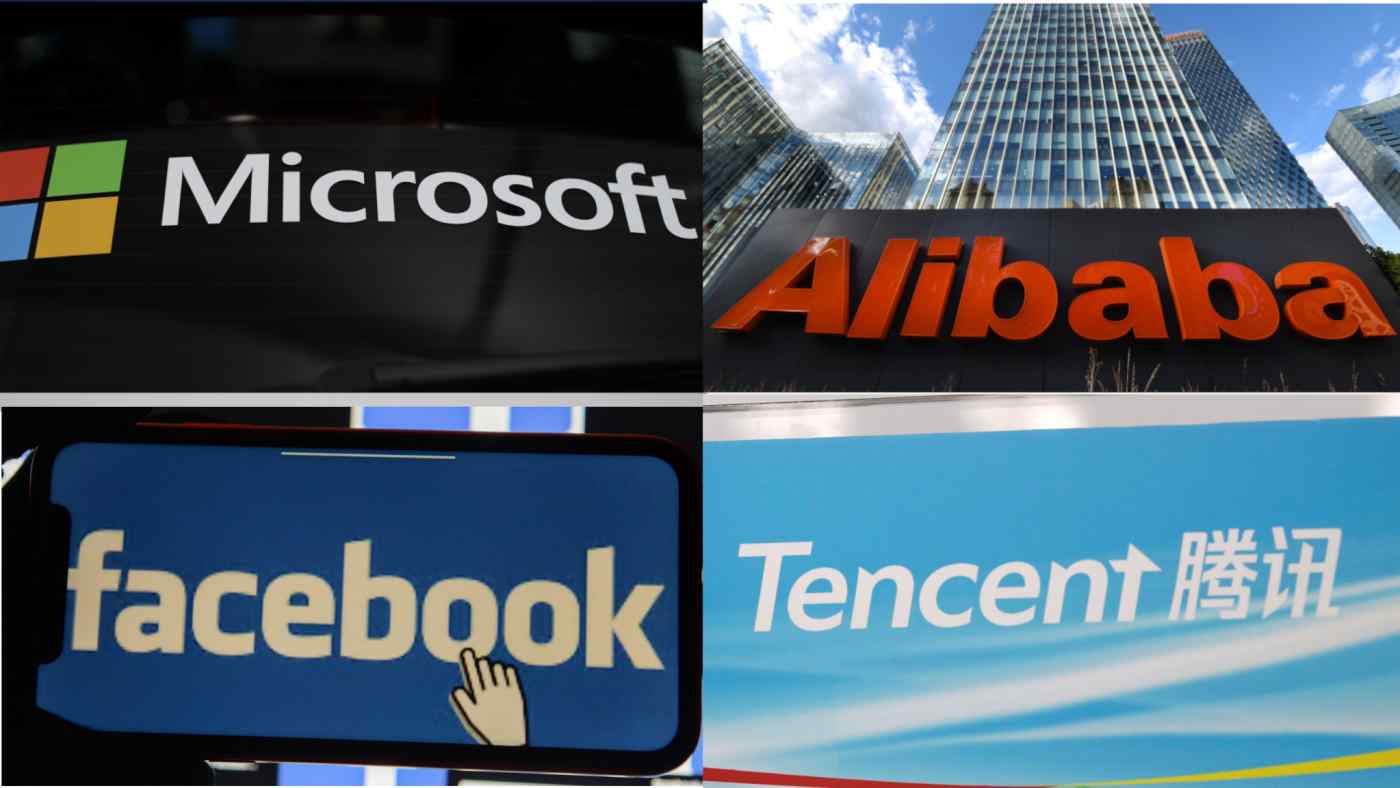 TOKYO -- U.S. and Chinese companies make up more than half the multinational companies likely to be caught by a proposed global tax plan, which is expected to open up roughly $100 billion in annual profits to taxation.

Nikkei research based on earnings data from QUICK FactSet shows 81 companies meeting the revenue and profit margin thresholds set out in an agreement announced Thursday.

Of these, 11 are mainland Chinese companies, including tech giants Tencent Holdings and Alibaba Group Holding. Facebook, Philip Morris International and Microsoft are among the 35 American names.

The global tax initiative, which 130 nations and jurisdictions have backed in a preliminary agreement, would apply to companies making over 20 billion euros ($23.7 billion) in revenue with a profit margin topping 10%. Banks, insurance providers and resource companies would be exempt.

Originally envisioned as a tax on digital companies, the proposal was broadened at U.S. urging to cover about 100 of the world's largest corporations. The scope of the taxation could change by the time the final agreement is reached in October as major economies haggle over the details.

Partly owing to the impact of the coronavirus pandemic, Nikkei found a smaller number of companies meet the announced thresholds.

These 81 companies have a total of 410 billion euros in profit beyond the 10% margin, based on their most recent results. Under the agreement, 20% to 30% of this would be subject to tax. The Organization for Economic Co-operation and Development said Thursday that "taxing rights on more than $100 billion of profit are expected to be reallocated to market jurisdictions each year."

The actual tax increase on these companies is expected to be small. Many generate less revenue overseas than U.S. tech giants, and in many cases they already pay hefty local taxes. A review seven years after the agreement enters into force could reduce the revenue threshold to 10 billion euros for companies that meet the criteria.

The tax plan aims to correct authorities' inability to tax big multinationals at rate commensurable to their profits, which have swelled as economies worldwide go digital. Google parent Alphabet, Apple, Facebook and Amazon.com shouldered an average tax burden of 15.4% from 2018 to 2020, according to Nikkei's analysis of QUICK FactSet data. The rate is nearly 10 percentage points lower than the global average of 25.1%.

France, among other countries, has rolled out its own digital services tax, which has pushed tech giants to call for a uniform framework.

The multilateral agreement also proposes a 15% minimum corporate tax. The U.K.'s tax cuts in the 1980s triggered a wave of imitators hopeful this would give business a boost and lead to higher tax revenue in the long run. But that scenario mostly failed to pan out, leaving advanced economies with little to show for their race to the bottom.

Sweeping international tax rules like those advanced this week are unprecedented and will potentially lead to a watershed moment in the history of taxation. Negotiations are expected to continue behind the scenes owing to lingering divisions between nations on the scope of the plan and other details.

If a final agreement is inked in October, the new rules are expected to go into force in 2023.