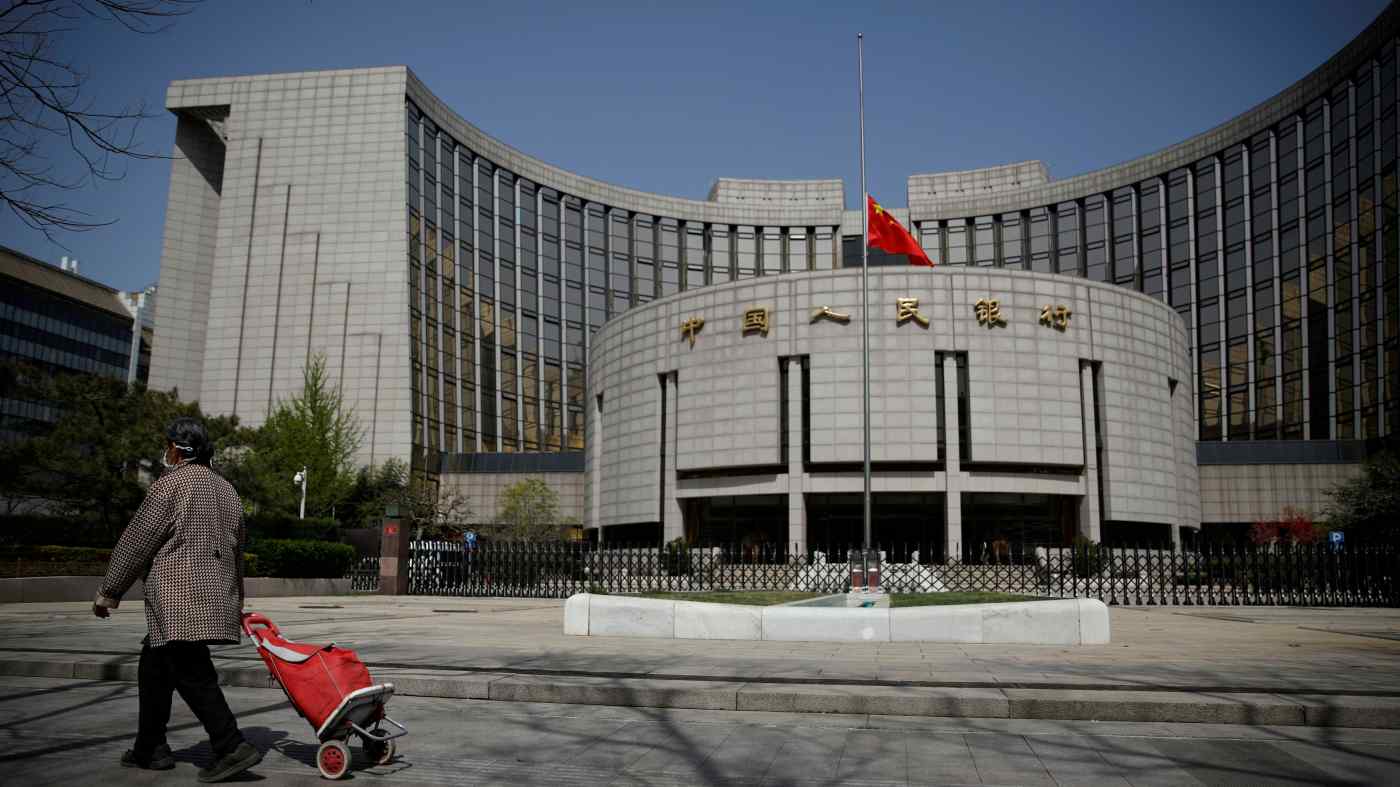 China's central bank is hoping that by cutting the amount that banks need to hold as reserves, liquidity will flow into the economy and boost growth.   © Reuters
December 6, 2021 19:17 JST | China
CopyCopied

BEIJING (Reuters) -- China's central bank said on Monday it would cut the amount of cash that banks must hold as reserves, its second such move this year, releasing 1.2 trillion yuan ($188.24 billion) in long-term liquidity to bolster slowing economic growth.

The People's Bank of China (PBOC) said on its website it would cut the reserve requirement ratio (RRR) for banks by 50 basis points (bps), effective from Dec. 15.

The RRR for large banks, after taking into consideration the preferential policy of targeted cuts for inclusive financing, is currently at 10.5%.

"The RRR reduction will help alleviate the downward pressure on the economy and smooth the economic growth curve," said Wen Bin, a senior economist at Minsheng Bank.

"Although there is little pressure to achieve this year's economic growth target, economic work will face big pressures and challenges next year."

Some of the funds released will be used to replay matured medium-term lending facility loans, according to PBOC, reaffirming a stance of not resorting to "flood-like" stimulus.

The central bank will guide financial institutions to actively use the released funds to step up support for the real economy, especially small firms, it said.

The RRR cut will reduce the funding cost of financial institutions by about 15 billion yuan per year, which will help lower financing costs of firms, it added.

The cut, the second this year following a broad-based reduction in July, was flagged by Premier Li Keqiang on Friday as a way to step up support for the economy, especially small firms.

The world's second-largest economy, which staged an impressive rebound from last year's pandemic slump, has lost momentum in recent months as it grapples with a slowing manufacturing sector, debt problems in the property market and persistent COVID-19 outbreaks.

Advisers to China's government will recommend authorities set a 2022 economic growth target below the one for 2021, giving policymakers more room to push structural reforms.

China's move to wean property developers away from rampant borrowing has translated into loan losses for banks and pain in credit markets, as cash-strapped builders fall into distress, increasing risks across the economy.

Property behemoth China Evergrande is facing one of the country's largest defaults, prompting the authorities to step in and oversee risk management at the company.