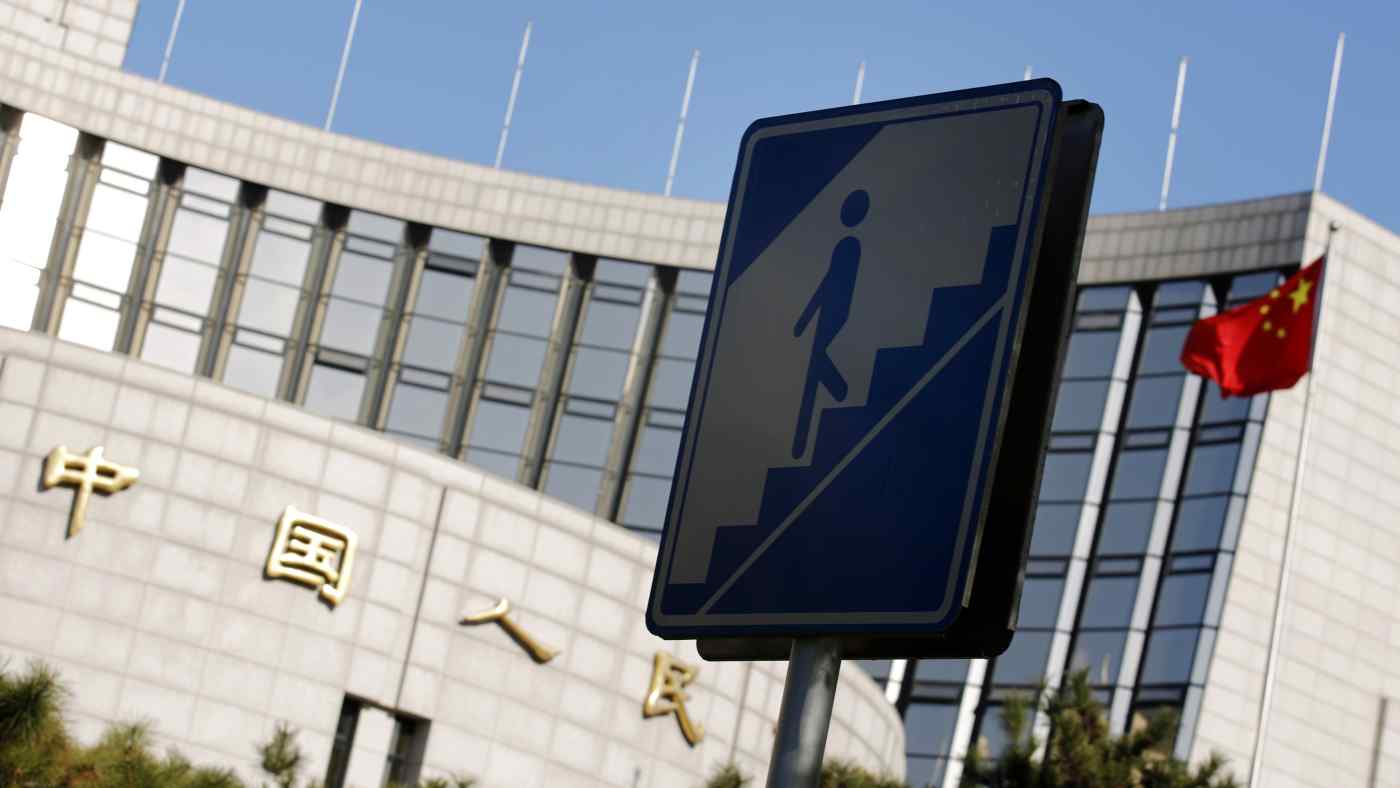 BEIJING -- The People's Bank of China has cut one-year lending rates for commercial banks willing to lend to small businesses as it tries to prop up an economy losing steam amid the trade war with the U.S.

The central bank on Wednesday lowered the annual interest rate for a medium-term lending facility to 3.15% from 3.3% in the first such reduction in about three years. To borrow through the program, lenders must expand credit to small to midsize enterprises. The banks will be able to refinance for up to three years.

In addition, the PBOC raised the amount of loans to small businesses it will accept as collateral by 100 billion yuan ($14.5 billion), demonstrating its intent to prop up cash flows at such companies.

The one-year medium-term lending facility was introduced in January 2016; then the rate was cut the next month to 3% from 3.25%. Since then, the rate has slowly climbed back up to 3.3% by this spring. The Chinese central bank raised rates in lock step with the U.S. Federal Reserve, which was also tightening credit, but raising borrowing costs also served to push China's state-owned enterprises and local governments to deleverage debt.

But the PBOC switched to loosening credit in light of worse-than-expected pressure on the economy. Both consumption and investments have been disappointing, and next year's exports are at risk of slumping due to the trade war with the U.S.

Because of crackdowns on shadow banking, private businesses, especially those midsize and smaller, suffered a rapid deterioration in cash flows this year. PBOC Gov. Yi Gang has cited the need to expand financing to the private sector, even if it means putting deleveraging on the back burner.

In response to the latest move by the central bank, many observers anticipate a drop in benchmark interest rates for lending and deposits, which have not moved since rate cuts in October 2015. "A lowering of the benchmark rates is not far off," said a bank sector analyst at a brokerage.

The PBOC's announcement Wednesday highlighted its support for bank financing of small businesses, but the market believes the central bank will eventually lower the rate for the medium-term lending facility with no conditions attached. The PBOC followed a similar script with reserve requirement ratios for deposits.

At the end of September 2017, the PBOC decided to lower the reserve requirement ratio, which governs the amount of reserve funds a commercial bank is obligated to hold, for banks that expanded lending to small and midsize businesses. But this year, the PBOC lowered the ratio three times without setting conditions.

Current speculation has it that the central bank will allow wider categories of banks to qualify for the cheaper medium-term lending facility, then ultimately prune benchmark interest rates.

But the PBOC still faces hurdles in cutting rates. For one thing, China would buck the trend of emerging nations raising policy rates in step with the Fed. The resulting rate spread would incentivize capital flight from China, and risk weakening the yuan.

Yi stressed in a Dec. 13 speech that China's monetary policy should focus primarily on the domestic economy. The rate cut for the lending facility was announced just before the Fed decided to tighten rates, further signaling the idea that Chinese monetary policy will not be swayed by the U.S.

But during the same speech, Yi said international factors should be taken into consideration when thinking about the real economy. That supports the likelihood that China will approach any rate cut cautiously to avoid unforeseen consequences.