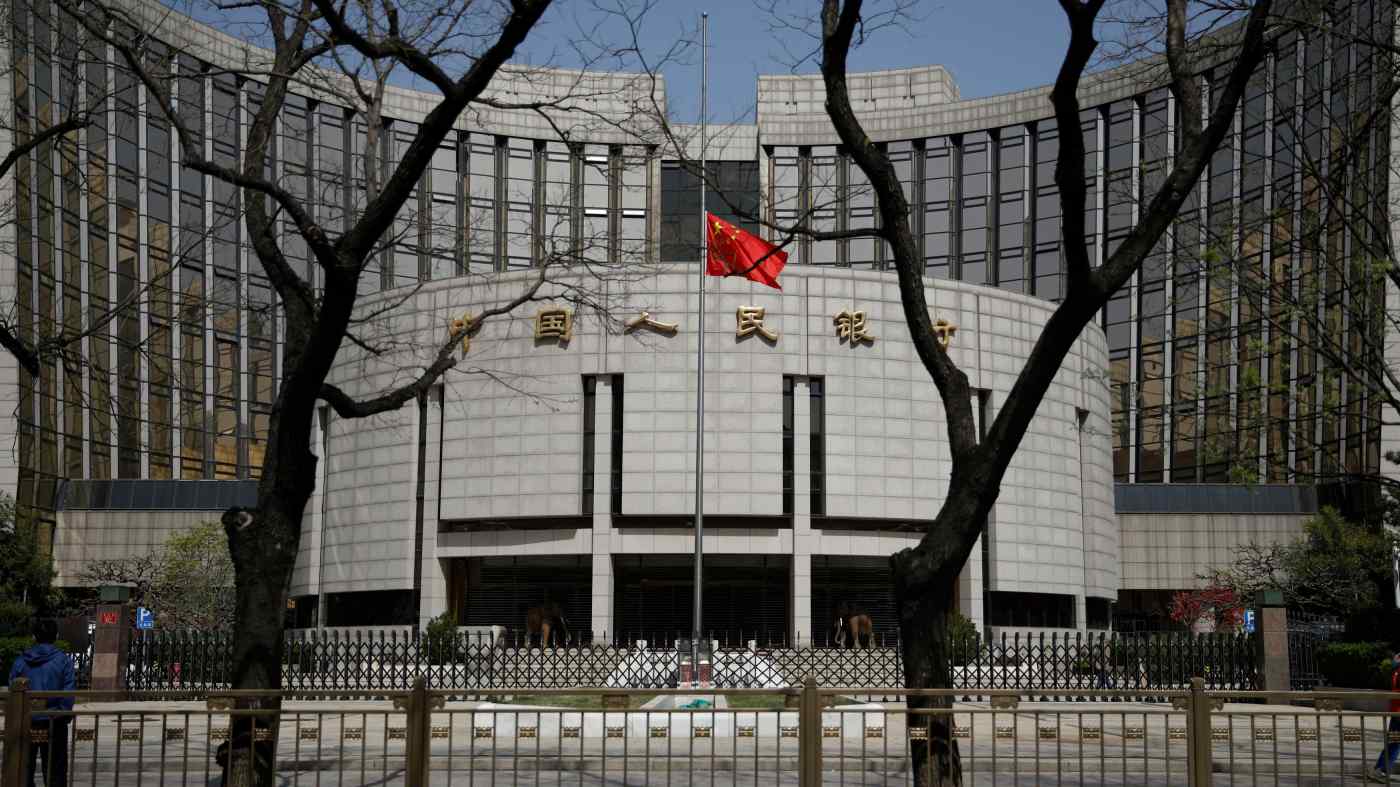 China's central bank cut its benchmark lending rate on Jan 20 for the second straight month to shore up the slowing economy, in contrast to its Western counterparts, which are moving to raise rates.   © Reuters
January 20, 2022 11:20 JSTUpdated on January 20, 2022 12:18 JST | China
CopyCopied

BEIJING (Kyodo) -- China's central bank cut its benchmark lending rate on Thursday for the second straight month to shore up the slowing economy, in contrast with the United States and other major economies that are moving to tackle inflation.

The U.S. Federal Reserve and the European Central Bank have been inclined to tighten monetary policy in a bid to curb sharp inflation stemming from a spike in global material prices amid supply chain disruptions and hopes for a post-pandemic economic recovery.

China's latest rate reduction highlights the efforts of the government of President Xi Jinping to prevent an economic downturn against the backdrop of another wave of COVID-19 infections and financial market confusion.

On Thursday, the People's Bank of China said it had lowered the one-year loan prime rate by 0.1 percentage point to 3.70 percent. Last month, it cut the rate by 0.05 point to 3.80 percent.

The central bank also said it had reduced the five-year loan prime rate -- the benchmark mortgage interest rate -- by 0.05 point to 4.60 percent, the first cut since April 2020.

In recent months, the central bank of the world's second-largest economy has slashed the amount of cash that banks must hold as reserves, in an attempt to prompt financial institutions to lend more money to companies and other entities, a step that would bolster consumption and domestic investment.

China's economy grew 8.1 percent in 2021 from the previous year, with exports recuperating from the coronavirus shock, but the outlook for the country's domestic demand is not necessarily bright in the run-up to the Beijing Winter Olympics, slated to open on Feb. 4.

In the October-December period of 2021 alone, China's economy expanded only 4.0 percent, as the outlook has become gloomier.

The number of new coronavirus infections has been increasing on the mainland since earlier this month, despite the Communist Party's radical "zero corona" policy aimed at stopping the spread of the virus that was first detected in the central city of Wuhan in late 2019.