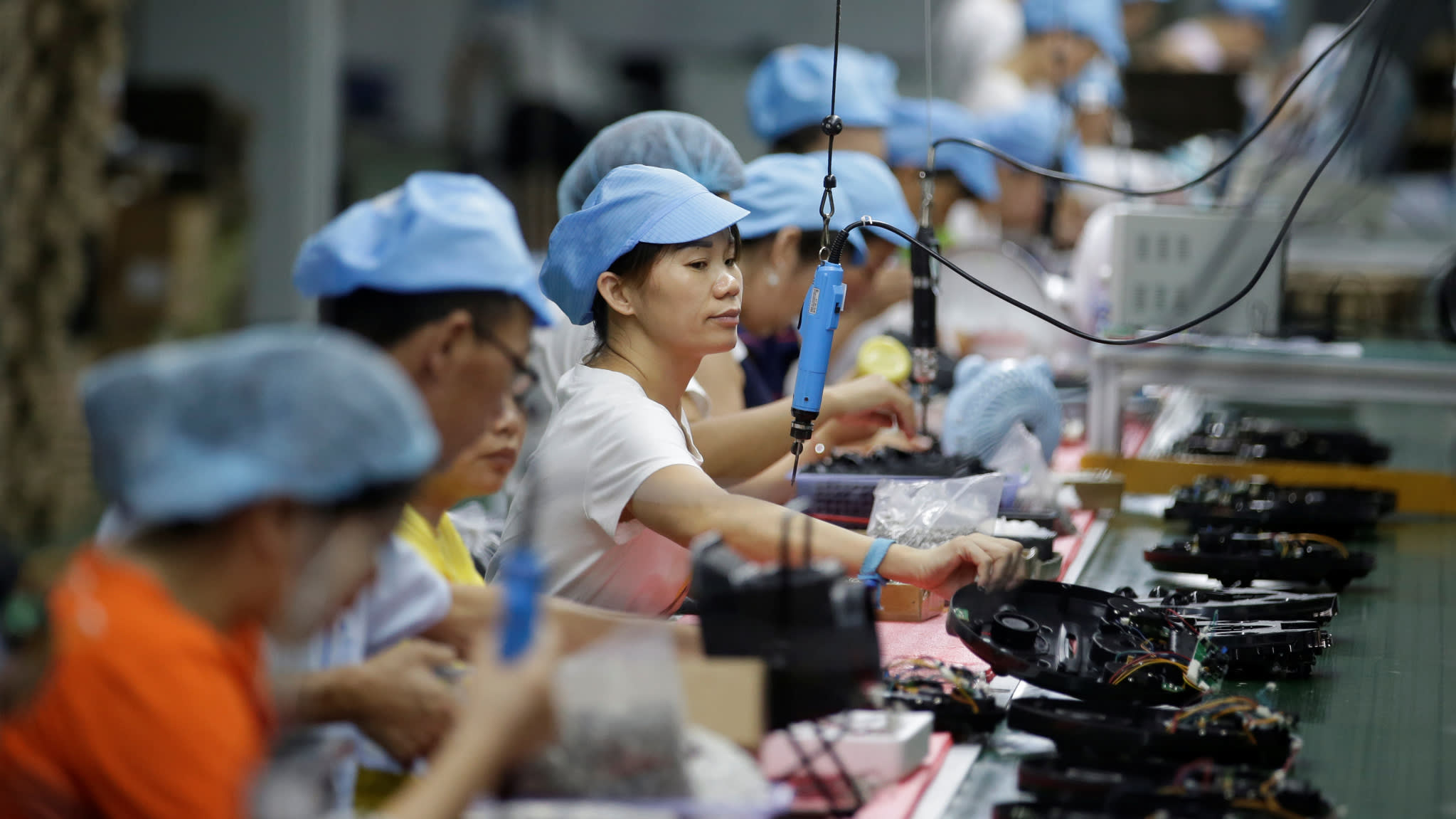 The 4.4% on-year rise in industrial production -- the lowest since 3.8% in early 2009 -- was down 0.4 percentage point from July, defying forecasts for an improvement. Retail sales and investment growth also slowed.

Beijing looks to monetary easing and infrastructure investment to underpin the economy but it is uncertain how much of an impact these measures will have in beating back the downward pressure facing the economy.

On a volume basis, automobiles fell by 1% in August, while smartphones declined by 11%, robots by 19% and machine tools by 21%. Power generation grew by just 2%.

Tariffs' toll on exports is playing into the slowdown. The value of delivered industrial exports slipped 4% on the year, the first decline since October 2016. That slide followed the Trump administration's announcement last month that it would pursue a fourth round of tariffs against China, following May's hike to 25% from 10% on $200 billion worth of Chinese imports.

Non-production data was also lackluster. Growth in total retail sales edged down from July to 7.5% on the year in August. For midsize and larger retail outlets, a source of reliable data, the growth was just 2%. Automobile sales slid by 8%, while jewelry sales also fell.

Investment in the manufacturing sector climbed 2.6% for January-August, down 0.7 point from January-July, as slowing exports made companies hesitant to spend on equipment.

"With both production and equipment investment slowing, there are no brakes on the deterioration in the manufacturing sector," said Yusuke Miura, a senior economist with Japan's Mizuho Research Institute.

Also on Monday, the People's Bank of China cut its reserve requirement ratio for commercial banks for the first time since January. The move appeared aimed at freeing up banks' funds to help prop up the economy, but how effective it will be remains to be seen.

Since China's current phase of monetary easing began in April 2018, the central bank has already lowered the reserve requirement ratio five times, by a total of four percentage points, yet medium- to long-term lending for capital investment has dropped.

It would be "difficult to support infrastructure building as a whole with only regional bonds," said Miura.