PMI for month defies coronavirus to hit 51.1, highest since March 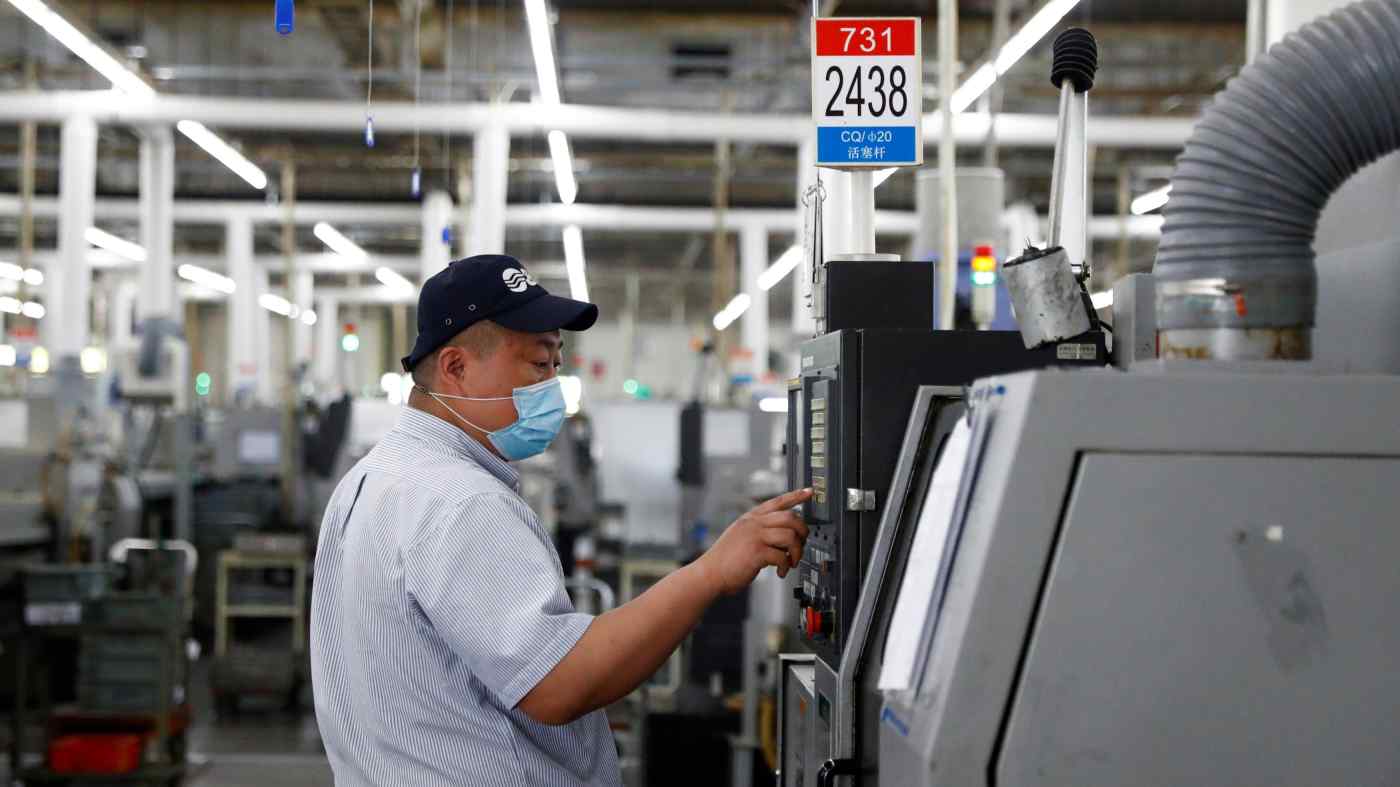 China has largely shaken off the effects of strict lockdowns earlier this year, though it now faces an aggressive return of the coronavirus.   © Reuters
July 31, 2020 13:07 JST | China
CopyCopied

The world's second-largest economy has largely shaken off the strict lockdowns that led to weeks of business paralysis earlier this year, although it is now battling the most aggressive return of the novel coronavirus in months, driven by infections in the country's west and northeast.

The government's manufacturing Purchasing Manager's Index (PMI), released on Friday, unexpectedly rose to 51.1 in July from June's 50.9. That was the highest reading since March and dashed analyst expectations for a fall to 50.7. The 50-point mark separates growth from contraction on a monthly basis.

The PMI echoed upbeat readings from other major Asian export nations, with factory production in South Korea jumping at the fastest rate in more than 11 years, and Japan's output snapping four months of decline.

However, analysts caution the recovery could stall amid the resurgence in global infections and as China's factories deal with disruptions from continuing floods.

"The current rapid pace of recovery is likely to slow in the coming months as the initial boost from re-opening businesses fades," said Julian Evans-Pritchard, of Capital Economics. "The prop to exports from shipments of goods linked to the pandemic (masks, medical products and work-from-home equipment) is also likely to diminish."

The PMI survey showed new export orders fell, indicating continued pressure on external demand, while companies continued to shed more employees than they hired. However, the pace of declines slowed from the previous month, suggesting a bottoming out in these trends while production and total new orders both hit four-month highs.

Small companies continue to feel both supply and demand pressure, with a sub-index for them falling further into contraction, said Zhao Qinghe, an official at the National Bureau of Statistics, which publishes the PMI.

In the services sector, activity also expanded for the fifth straight month, driven by strong construction as China ramps up infrastructure projects but also suggesting consumer confidence is recovering.

A Reuters poll this month has forecast GDP to expand 2.2% in 2020, up from 1.8% projected in the last poll in April, with recently improving data underpinning the more upbeat outlook. Gauges ranging from trade to producer prices all point to a pick-up in manufacturing, but analysts say factories could have a tough time maintaining momentum as pent-up demand wanes and heavy flooding across large swathes of China disrupts activity.

Imports in June rose for the first time since the health crisis hit the economy, as government stimulus stoked demand for commodities, while exports, fuelled by medical goods, also rose in a sign the recovery is gaining traction.

Profits at China's large industrial firms also rose at the fastest pace in over a year that month on easing costs and improving demand.

The fallout from the global pandemic, however, has left factories operating below strength amid slack demand. June factory gate prices fell in annual terms for the fifth consecutive month.