Trade tensions to knock off 0.3 point from last year's growth HONG KONG -- The Chinese economy is likely to slow in the months ahead, according to a survey of China-focused economists by Nikkei and Nikkei Quick News.

Many of the economists said rising trade friction with the U.S. could cause a downturn in Chinese exports.

Among the emerging signs of a cooling Chinese economy is a steep fall in investment in fixed assets.

"Total credit growth has dropped to a record low, which has led to more broad-based and faster increases in the cost of funding faced by corporates and households," said Wei Yao, China economist at Societe Generale Corporate and Investment Banking.

"We strongly believe that such tightening in overall credit conditions will slow domestic demand growth," she said.

Raymond Yeung, chief economist of Greater China at Australia and New Zealand Banking Group, said a solid first half may be followed by a slowdown in the second half due to trade tensions and a downturn in the property market. He projected 6.5% growth for the whole of 2018.

The government of President Xi Jinping has prioritized the quality of China's economic performance over its growth rate. But beyond any intentional slowing, many of the economists expressed concerns about the effects of U.S.-China trade friction, along with other factors. 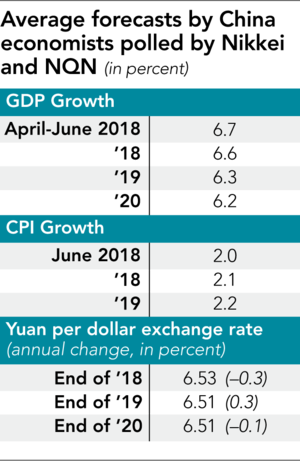 As for which factors the economists think are likely to cause a downturn, the most common answer was "a decrease in exports because of U.S. protectionism."

"The slowdown of exports trade was the main reason for the Chinese economic slowdown over the past few years," said Ricky Choi, senior economist at the Economic Research Division at Bank of China (Hong Kong).

"Going forward, even though the global economy has been recovering, the external environment remains highly uncertain." 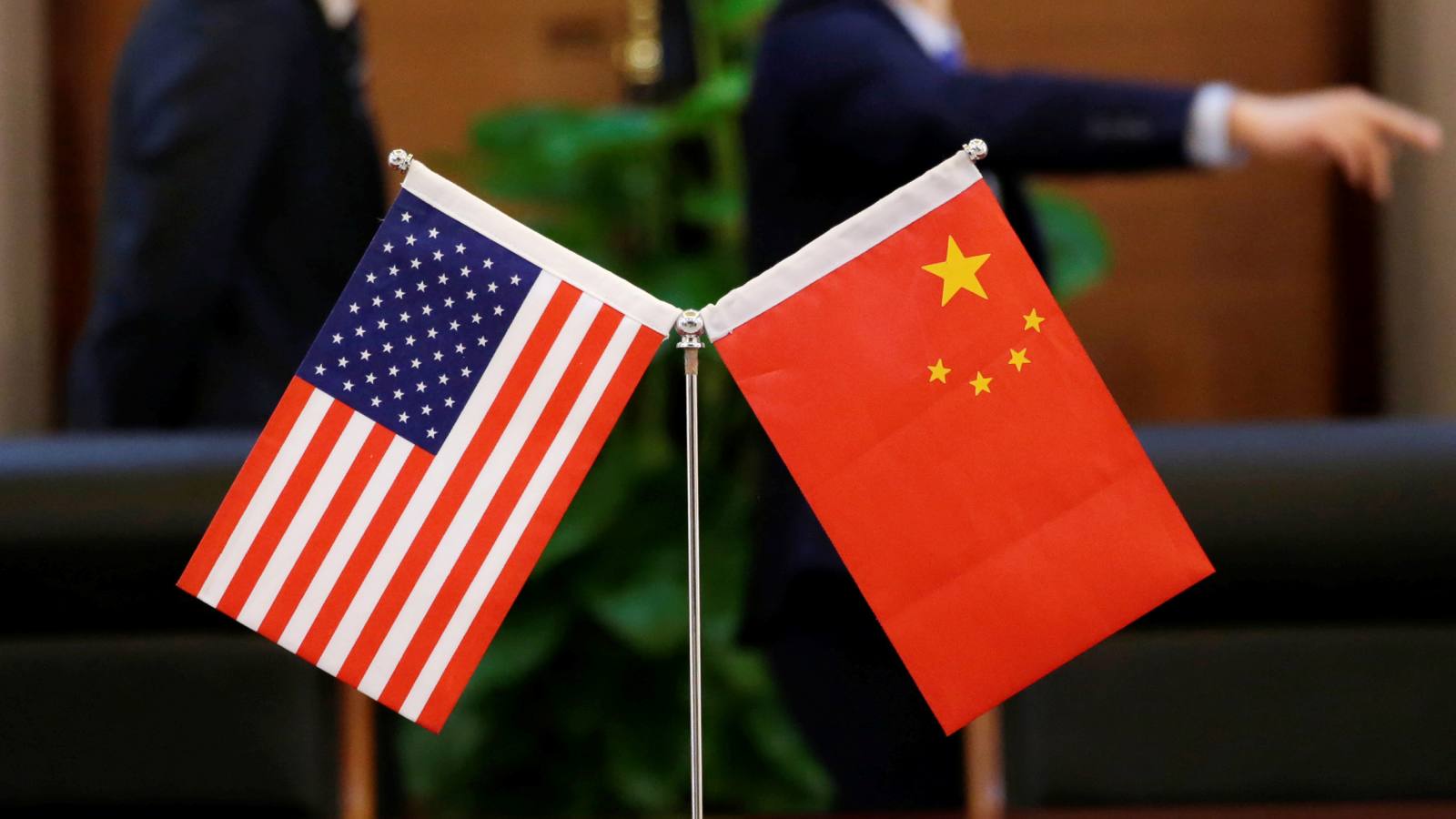 US set to curb Chinese investment and tech exports to China

Kenny Wen, a wealth management strategist at Everbright Sun Hung Kai, warned that U.S. protectionism will affect the global economy and drag down the profits of Chinese companies.

Some of the other risk factors that respondents mentioned were monetary tightening, falls in the property market, and shadow banking.

There were 19 valid responses to the question of the outlook for U.S.-China trade friction. Three forecast an improvement toward year-end, nine said the situation would be unchanged, and seven said it would worsen.

"The two sides are facing fundamental disagreements, with the U.S. wanting China to give up its industrial policies, and Beijing will not relent," said Aidan Yao, senior emerging Asia economist at AXA Investment Managers Asia, who expects the situation to remain unchanged.

"Hence, a long term economic tussle has probably only begun."

David Rees, an emerging market strategist at J. Safra Sarasin, forecast an increase in trade tensions between the U.S. and China. Rees described the U.S. administration as "protectionist," noting that its recent policies have been popular with voters, and "there is nothing to stop this trend ahead of U.S. midterm elections."

However, Cheng Shi, chief economist, managing director and head of the research department of ICBC International, said the U.S. and China were mutually reliant and would reach a compromise without causing a new Cold War. The Chinese yuan has lost around 4.5% of its value against the U.S. dollar in the past two months.   © Reuters

A few of the economists forecast an improvement in U.S.-China trade ties.

"Both sides realize that a trade war is a loss-loss solution," said Qun Liao, chief economist and general manager of the research department at CITIC Bank International.

The impact of trade friction between the two countries would not be limited to exports. In noting the U.S. questioning of China's "Made in China 2025" policy, 10 of 18 economists said the friction will hurt China's high-technology industry.

Given that China's high-tech industry relies heavily on the U.S., the impact in the short term will be considerable, but longer term, it could be beneficial if China focuses on developing proprietary technologies, said Ken Chen, a Chinese economy analyst at KGI Asia.

On Beijing's policy of government support for the economy, Iris Pang, an economist focusing on Greater China at ING Bank, said even in the event of a trade war, fiscal and monetary policy support would be enough to offset any lost economic activity.

Xiaochen Fan, a director at MUFG Bank, added that there remains room for economic stimulus through government investment.

On foreign exchange, the economists' average forecast for the dollar was 6.53 yuan at the end of 2018, and 6.51 at the end of 2019. They expect the Chinese currency to weaken gradually due to a decrease in China's trade surplus with the U.S., as well as interest-rate rises in the U.S. and a slowdown in China's economy.

The economists forecast that the People's Bank of China will lower its reserve requirement ratio between one time and four times in 2019.