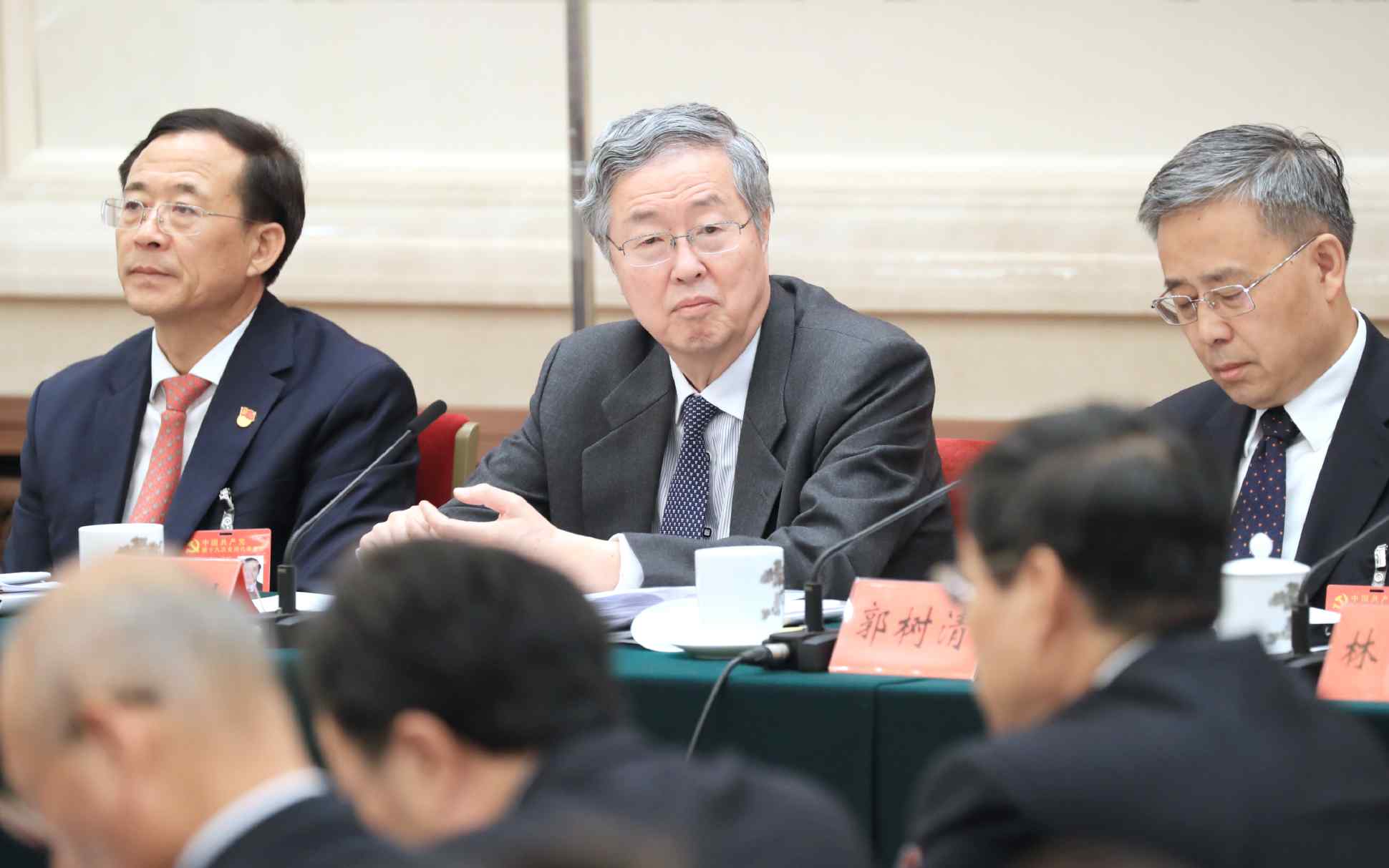 Guo Shuqing, right, and Zhou Xiaochuan, center, at a session of the 19th National Congress of the Communist Party of China on Oct. 19. (Photo by Akira Kodaka)
Economy

BEIJING-- Chinese regulators said Thursday they would continue to rein in debt, emphasizing mismanagement by local governments, as concerns over the country's financial risks mount.

"We will prevent a Minsky moment," China's outgoing central bank Governor Zhou Xiaochuan said at a meeting of delegates from financial institutions during the Chinese Communist Party congress. A Minsky moment, named after American economist Hyman Minsky, refers to the sudden collapse of asset prices in an economic downturn as investors pulled out investments upon realization that debt levels were unsustainable.