China kicks off its biggest political event of the year Top Chinese politicians are gathering to discuss the direction of the country leading up to 2020 at their annual meeting at the Great Hall of the People in central Beijing.
KEN MORIYASU, Nikkei staff writerMarch 2, 2016 16:00 JST | China
CopyCopied

BEIJING -- China's top politicians gather every year in the nation's capital for two weeks of meetings that are the peak of the political calendar.  The party elites come to town with a hint of trepidation, though, not knowing whether they will return home better or worse off.

The National People's Congress and the Chinese People's Political Consultative Conference are commonly referred to as the "Two Sessions." It was here, four years ago, that rising political star Bo Xilai was stripped of his position as Chongqing party chief and suspended from the Politburo.

This year, the sessions will conclude with a plan outlining the country's policy direction for the next half decade, the new Five-Year Plan leading up to 2020.

On Wednesday afternoon the array of events kicked off with a press conference by the spokesperson of the CPPCC. It has traditionally been a platform for some off-the-cuff remarks. In 2014, a reporter asked spokesman Lu Xinhua about the fate of political heavyweight Zhou Yongkang. After reading out a prepared party-line response, Lu smiled and said, "This is really all I can say. Ni dong de (I think you know what I mean)," a phrase that went viral on the Chinese blogosphere.

About 2,200 political advisers of the CPPCC will convene on Thursday for the launch of this year's sessions, which is to be followed by the opening session of the more than 2,900 members of the NPC, the national legislature, on Saturday. Here, Premier Li Keqiang will announce the gross domestic product growth prospects and the defense budget for the year.

The two-week session will close with Premier Li's press conference; one of the very few occasions where the Chinese leadership opens up to questions from overseas media. In the 2012 press conference, then-Premier Wen Jiabao publicly dressed down the Chongqing leadership, of which Bo Xilai led. The room, filled with hundreds of journalists, fell silent for a moment at the bluntness of the words. 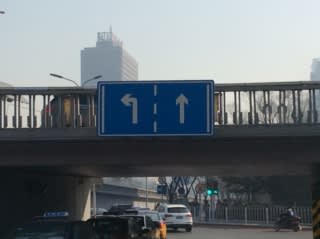 Which direction will China go?

The biggest item on the agenda this year is the proposed 13th Five-Year Plan (2016 to 2020). It is the first such plan for President Xi Jinping and will outline the direction of his policies as China tries to shift from a high-growth, export and investment-orientated economy to slower but more sustainable growth led by domestic consumption.

The gathering occurs at a time of global market volatility, of which the Chinese economy is one of the -- if not the biggest -- triggers. The colossal 4 trillion yuan (around $585 billion at the time) government stimulus package enacted after the global financial crisis of 2008 led to overcapacity at factories, zombie companies and ghost towns across the country.

The consequences of those measures make it impossible for the leadership to undergo another round of artificial stimulus. Yet the world, with commodity producers in particular, has come to rely on Chinese growth for prosperity, and all eyes will be watching the signals that come out of these gatherings.