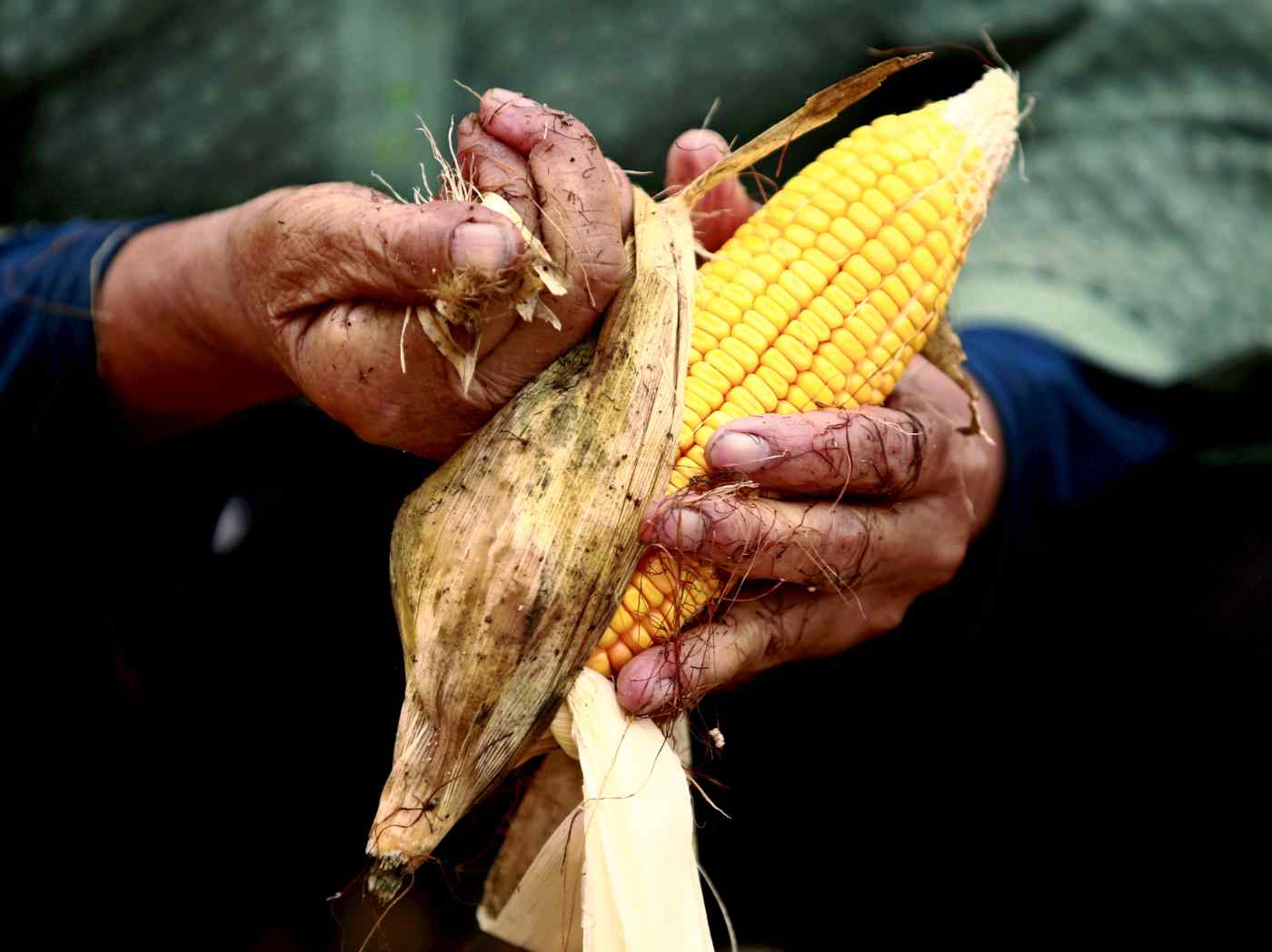 A farmer husks corn at a farm village in Gaocheng, Hebei province in China. (Reuters)
CopyCopied

An official Chinese policy declaration issued on Feb. 5, "Central Document No. 1," asserted that the country's agricultural sector is in urgent need of supply-side reform. The document called for fostering new drivers of growth, but many of the strategies rely on old institutions to build a foundation for the future.

While China achieved prosperity by liberating its private sector and individual entrepreneurship, its leaders are now revealing their socialist roots by moving to revive the rural collectives and state-owned enterprises which previously dominated the economy. The reliance on 1950s-era solutions as key components of the new reform initiative is evident in plans to upgrade the agricultural industry by relying on collectives to consolidate farmland and the tasking of bureaucratic state-owned companies with supplying inputs and food processing.

China's phenomenal growth was set off by the rural sector in the 1980s when leaders lifted controls on farm prices and gave peasant households freedom to plant what they wanted on small plots of land. The so-called "household responsibility" system now seems to have run its course. Prices, production costs and food imports are high; farm productivity, investment and product quality are low.

Officials are advocating changes to facilitate the consolidation of farmland into larger plots. The consolidation is to be achieved without privatizing land ownership. Instead, a new land rights policy of "three separations" is carving up the ownership, contracting and operation rights attached to land. Actual ownership will continue to belong to village collectives, but village families will permanently retain their allocation of village land and the right to grow crops on it. They will also be allowed to transfer the production rights to other parties.

Agricultural leaders now acknowledge that ambiguity regarding land ownership rights has resulted in property seizures that harmed the interests of villagers. Plots taken over were often wasted on failed ventures.

A more urgent concern, though, seems to be the low productivity and high costs that plague the agricultural sector due to former farmers squatting on their original small plots, doing the bare minimum amount of cultivation to forestall seizure by officials and developers while hoping for attractive compensation to give up their land. The new system is designed to move these squatters off, freeing the land up for consolidation into large "modern" farms.

The authorities have promised to survey land and issue certificates documenting each rural family's holding. Once land rights are clarified, officials plan to convert villagers' rights to farm their land into shares in new joint stock cooperatives.

The land would then be pooled into large tracts and turned over to a few elite farmers or an outside company to grow crops on a larger scale. These bigger farms will be expected to mechanize and upgrade irrigation canals, roads and other infrastructure. The new big-time farmers would then pay out dividends to village cooperative shareholders. The shareholders could be hired as farmhands or find other work.

A main objective of the plan is to encourage smallholders to move to cities instead of squatting on land they are afraid of losing without adequate compensation. Pilot programs will explore methods of compensating villagers who give up their land when they move away, but for now, shareholders will not be able to sell their shares in the village cooperative. It is unclear whether the shares can be inherited by next of kin or even a spouse.

The new generation of big farms will benefit from generous subsidies. Last year, the authorities decreed that grain subsidies would subsequently be paid only to actual crop farmers. Over the past 12 years, these subsidies have been paid to villagers based only on their land holdings. Since the payments are tied to land acreage, larger plots will mean more subsidies per farmer.

China's agricultural policy bank has earmarked billions of dollars to finance the building of "high-standard fields" and roads, irrigation canals, grain dryers, warehouses and other supporting infrastructure for large-scale farming. Another subsidy pays 30% of the cost of machinery to help mechanize newly enlarged farms. Eleven provinces also give out financial bonuses to big farms entering multiyear agreements to rent farmland. Central Document No. 1 calls for designating regions for various crops which will be the target of subsidies and technical assistance.

Another priority of Central Document No. 1 is to create internationally competitive agribusinesses. Agribusiness has in recent times been dominated by the private sector, but officials are now intent on creating "national champions" from the rump of the centrally planned economy.

A sprawling system of state farms set up in the 1950s to fortify China's borders and supply food to its cities is expected to serve as a "national team" for modern agribusiness. This is the latest in a series of initiatives since the 1970s to turn these farms into giant agricultural-industrial complexes. The state farms' jumble of processing and seed companies, real estate ventures, militias, schools and hospitals is due for reform to strip out local governance and social welfare responsibilities, attract private investors and turn these behemoths into model agribusiness conglomerates.

Some companies created from the old system, such as Bright Food and Beidahuang Group, are leading the way in China's overseas investment campaign, with mixed results. More are expected to join them in "going out" to farm overseas.

China National Cereals, Oil and Foodstuffs, China's premier state-owned food company, was originally set up as the government's grain trader. COFCO is now a huge conglomerate engaged in all kinds of food processing, distribution and trading and aspires to become a rival to multinational grain-trading companies to give China a bigger voice in global markets. These aspirations appear to have hit a bump with the recent departure of key executives, but COFCO still has a prominent place as China's preeminent processor and trader of food.

A cadre of smaller provincial grain companies were created by commercializing parts of the grain marketing bureaucracy 15 years ago. They are being merged to create bigger, better grain companies which are also expected to play a leading role in both domestic and global markets. One of these, Chongqing Grain Group, made a much-hyped investment in Brazilian soybean production, processing and storage in 2008 that was undermined by a change in local land ownership laws.

China National Chemical, a state-owned producer known as ChemChina that was set up in the 1950s, is completing the $43 billion acquisition of Swiss agribusiness Syngenta. If completed, this deal will instantly vault the combined entity into a prominent position in global seeds and farm chemicals. ChemChina's announcement of an agreement with the government's grain reserve corporation last month has been interpreted by some as a sign that the chemical giant will become the premier supplier of farm inputs and farming services within China. It is no coincidence that ChemChina is now led by the same chief executive who helped COFCO to its prominent position.

It isn't hard to see that Chinese officials have not given up the socialist part of their "socialist market economy." Their strategy for village cooperatives looks a lot like the communal farms set up during the 1950s. Those collective farms were supposed to achieve great productivity gains by increasing the scale of production, mechanization, and the use of "scientific" management. The exact same promises are being made for the new generation of bigger farms.

Leaders in China consider big businesses directed by government planners as necessary to achieve their vision of a carefully controlled, "inclusive" market economy. However, collectives and state-owned companies with ambiguous ownership and perverse incentives have a tendency to be run for the benefit of the leaders themselves rather than the benefit of shareholders. Moreover, these business arrangements encourage a scramble for subsidies and favor from government leaders. This is reflected in Chinese financial publications which recommend investments based on which companies have been targeted for government support.

As China raises its profile in the global economy, it is worth looking more carefully at the system that drives its growth. Will China be able to sustain the rapid growth it has become accustomed to by reviving 1950s-era institutions? Or will the inertia from the inherent contradictions in this business model revive the economic stagnation of earlier decades?