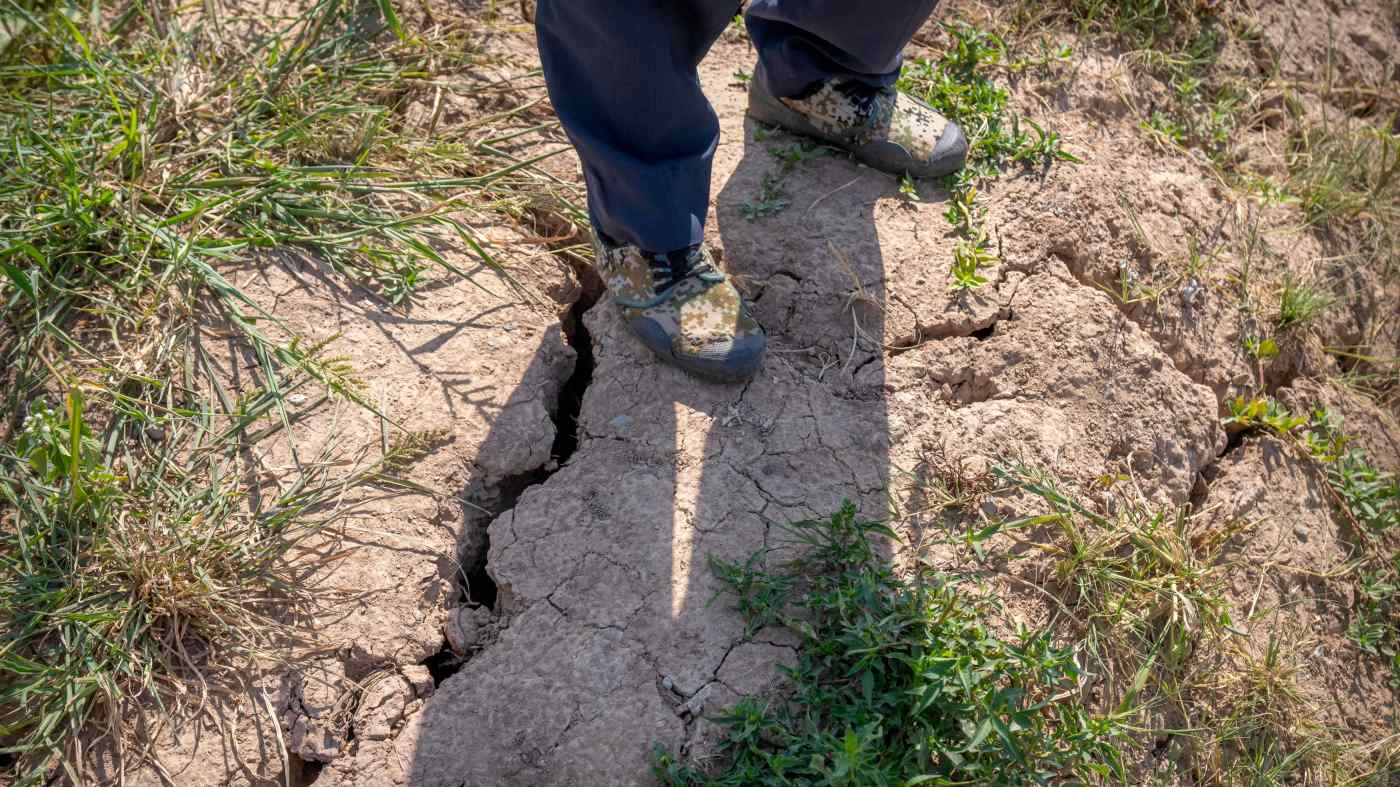 A farmer stands above a deep crack in the dried mud of an earthen embankment in his rice fields on the outskirts of Chongqing, China on Aug. 21.   © AP
August 21, 2022 15:50 JST | China
CopyCopied

CHONGQING, China (AP) -- China says it will try to protect its grain harvest from record-setting drought by using chemicals to generate rain, while factories in the southwest waited Sunday to see whether they would be shut down for another week due to shortages of water to generate hydropower.

The hottest, driest summer since Chinese records began 61 years ago has wilted crops and left reservoirs at half of their normal water level. Factories in Sichuan province were shut down last week to save power for homes as air-conditioning demand surged, with temperatures as high as 45 degrees Celsius (113 degrees Fahrenheit).