Arrangement lets in fliers who test negative for COVID-19 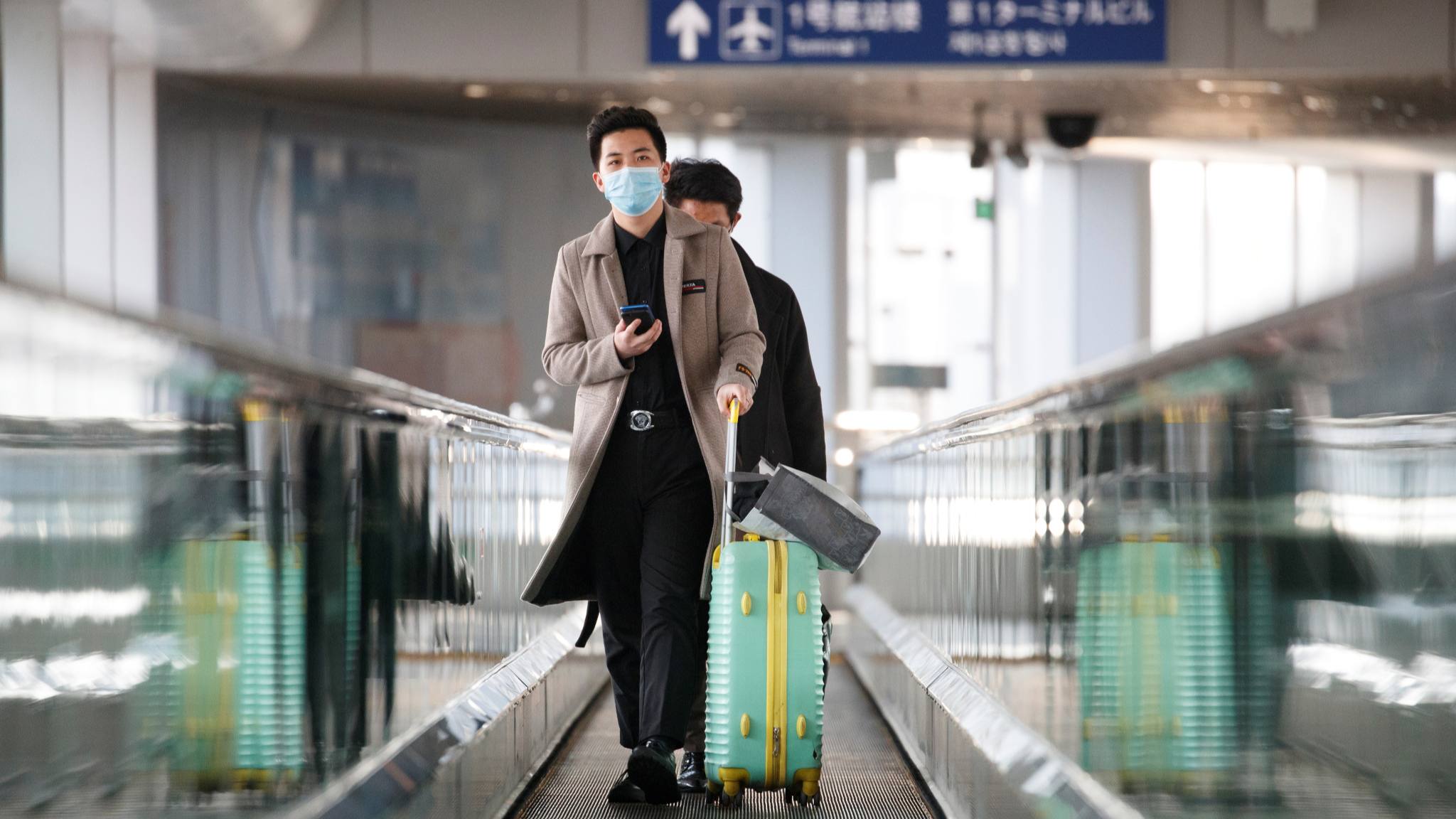 BEIJING -- China has approached Japan about reviving business travel between the two countries, Nikkei has learned.

China has suggested that it will allow certain individuals to enter the country if these travelers first test negative for the coronavirus and meet other conditions.

China has agreed to a similar arrangement with South Korea and, according the Chinese foreign ministry, is negotiating with Singapore in the same regard.

Earlier this month, China and South Korea agreed to ease border controls, with cities like Shanghai, Tianjin, and Chongqing accepting business travelers from South Korea who first pass a mandatory health screening, including a PCR test.

The countries have set up a fast-track channel. To use it, South Korean business travelers must go through an exam at a designated medical institution no more than 72 hours before departure. They also must obtain a certificate that confirms they have tested negative for COVID-19. After entering China, these travelers must once again submit to a PCR test and be found negative.

Now Chinese government officials have reached out to their counterparts in Japan, suggesting China will ease its travel ban on the country if the number of new cases in Japan declines.

China appears to be encouraging Japan to agree to the same procedures that South Korea has approved for its business travelers. Without such an agreement, Japanese businesspeople must be quarantined for 14 days once they arrive in China.

The Wall Street Journal, citing diplomats familiar with the matter, has reported that China has held informal talks with more than a dozen Asia-Pacific nations on clearing the way for essential business travel.

But there are a number of roadblocks in Japan, where it remains difficult to be approved for a PCR test, especially if a patient has no symptoms. In addition, Japan's state of emergency remains in place until the end of the month, though it could be relaxed before then if conditions improve.

Japan is also focusing on controlling the virus's spread, and government officials believe it is too early to relax restrictions on overseas travel given that residents are still being asked to refrain from going to the office, school or even to the grocery store too often.

Meanwhile, other countries are looking to ease entry restrictions in hopes of restoring flows of tourists and business travelers. Turkey is expected to reopen to international tourists as early as June, starting with travelers from Asia. Turkish Airways plans to restart flights to 22 international airports, including Tokyo's Haneda, as an initial step, news agency Anadolu reports.

Greece, another tourism-dependent economy, is in talks with seven countries on procedures for restarting air travel. The list includes Australia, Singapore and Austria, but not Japan.

The leaders of Australia and New Zealand agreed during a videoconference last week to restart air travel between their countries soon.