More trips recorded than in 2019, but lower prices crimp revenue 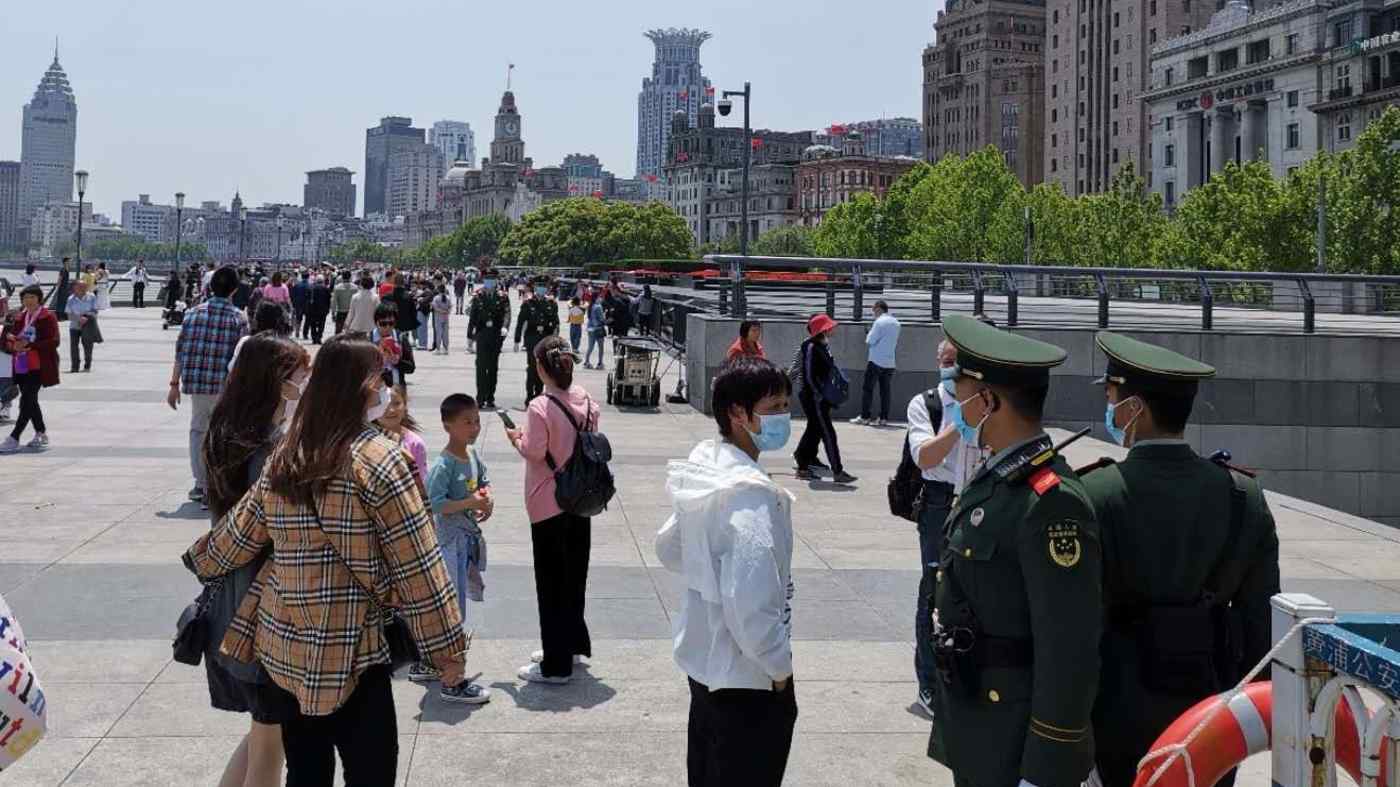 SHANGHAI -- Tourism revenue during China's five-day Golden Week holiday recovered from last year's COVID-induced slump, but failed to return to the level in 2019.

Tourists spent 113.23 billion yuan ($17.5 billion) during the break that ended Wednesday, according to the Ministry of Culture and Tourism -- higher than last year's 47.6 billion yuan but lower than 2019's 117.7 billion yuan.

Some 230 million domestic tourist trips were recording during the period, short of the 250 million projected by authorities but almost double the 117.7 million trips two years ago.

The benchmark Shanghai Composite Index opened flat and closed 0.16% lower on Thursday, dragged down by stocks related to tourism and medicine.

"The spend weakness was attributable to the relatively soft prices of travel products and a potential shift toward short-distance tourism," Citi Research said in a report on Thursday.

Online travel service providers including Trip.com saw a surge of hotel bookings in major destinations such as Beijing, Shanghai, Guangzhou and Chengdu.

One five-star hotel in Shenzhen recorded a 99% occupancy rate for three straight days through May 2, but its average revenue was about two-thirds that of 2019. "It's a combination of discounts given on room rate and less demand for our food catering," a manager at the hotel told Nikkei Asia.

Chinese movie theaters took a record 1.67 billion yuan during the holiday -- nearly 10% higher than in 2019, according to box office tracker app Lighthouse. The average ticket price of 37.8 yuan was 13% lower.

"There were more than 10 titles covering different genres released during the Labor Day holidays but box office growth rate was affected by the high base of blockbuster 'Avengers 4' in 2019," U.S. investment bank Jefferies Group wrote in a research note on Thursday.

Even so, analysts said the strong rebound in tourist activities reflect consumer confidence as more people in the country were inoculated with COVID-19 vaccines.

"The country's stabilized COVID-19 condition was conducive to the recovery in optional consumer spending as represented by the hotel, catering and tourism-related sectors," Guangxi-based Sealand Securities wrote in a research note on Thursday.

"The catch-up of consumption would strengthen the growth momentum while property and trade remain resilient amid the policy of stability ahead of the Chinese Communist Party's centenary celebration in July," said Citi, adding that China is well on track to vaccinate 40% of its population by July.