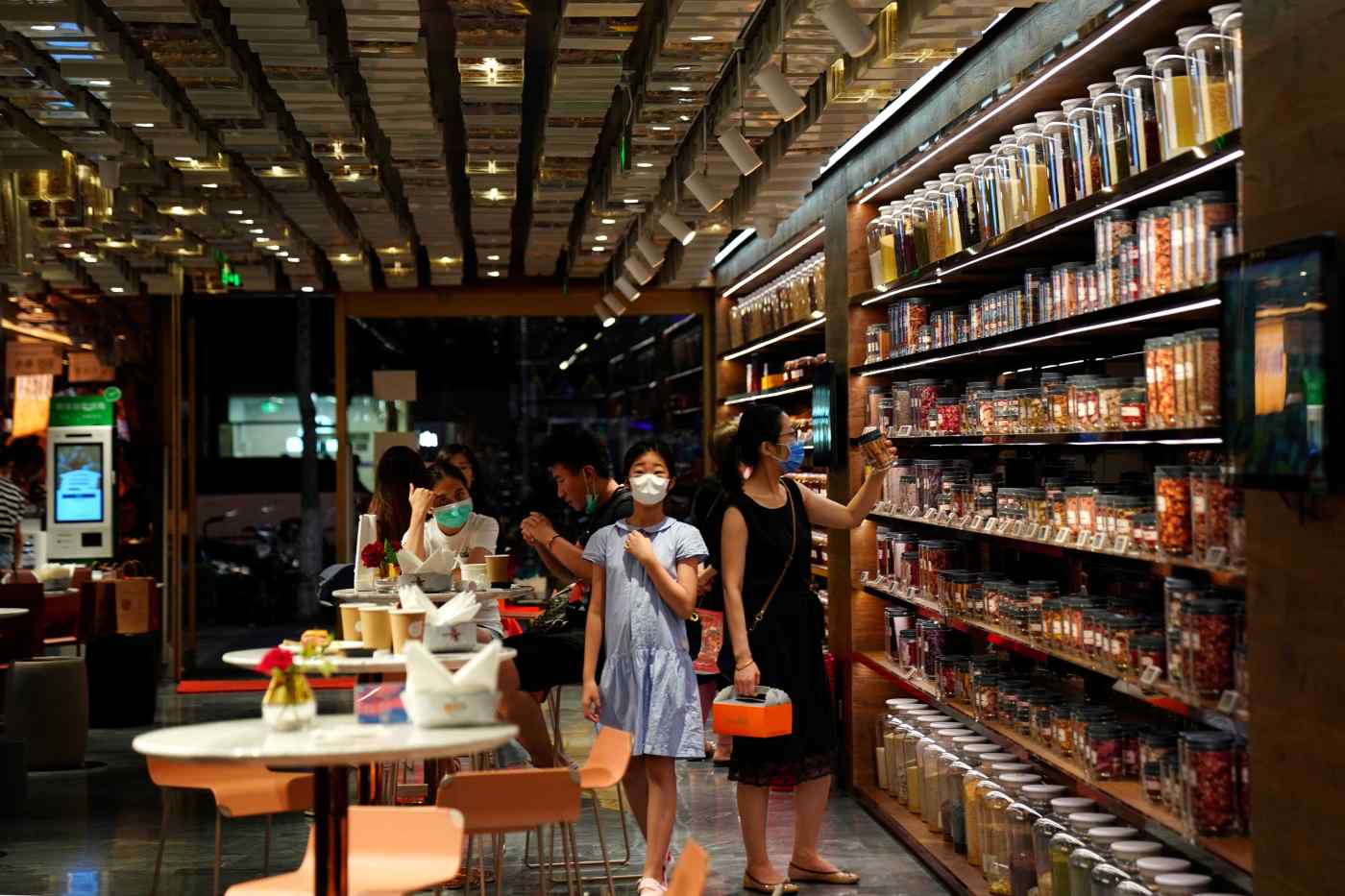 BEIJING (Reuters) -- China's retail sales unexpectedly fell in July from a year ago while the comeback in factory output was slower than forecast amid signs the recovery in the world's second-largest economy remains fragile.

Industrial output grew 4.8% in July from a year earlier, data from the National Bureau of Statistics showed on Friday, in line with June's growth and missing analysts forecast for a 5.1% rise.

Retail sales dropped 1.1% on year, worse than a predicted 0.1% rise and compared with a 1.8% drop in June. Sales fell for the seventh straight month as consumer demand remained sluggish despite strict coronavirus containment measures easing.

China's recovery had been gathering pace after the pandemic paralysed huge swathes of the economy as pent-up demand, government stimulus and surprisingly resilient exports propel a rebound, which analysts say have reduced the urgency for more monetary stimulus.

China's economy returned to growth in the second quarter after a deep slump at the start of the year, but unexpected weakness in domestic consumption has strained the recovery momentum.

Fixed-asset investment fell 1.6% in January-July from the same period last year, in line with expectations and recovering from a 3.1% decline in the first half of the year.

Private sector fixed-asset investment, which accounts for 60% of total investment, fell 5.7% in January-July, compared with a 7.3% decline in the first half of the year.

Infrastructure investment, a powerful driver of growth, fell 1.0% year-on-year, easing from a decline of 2.7% in the first half.