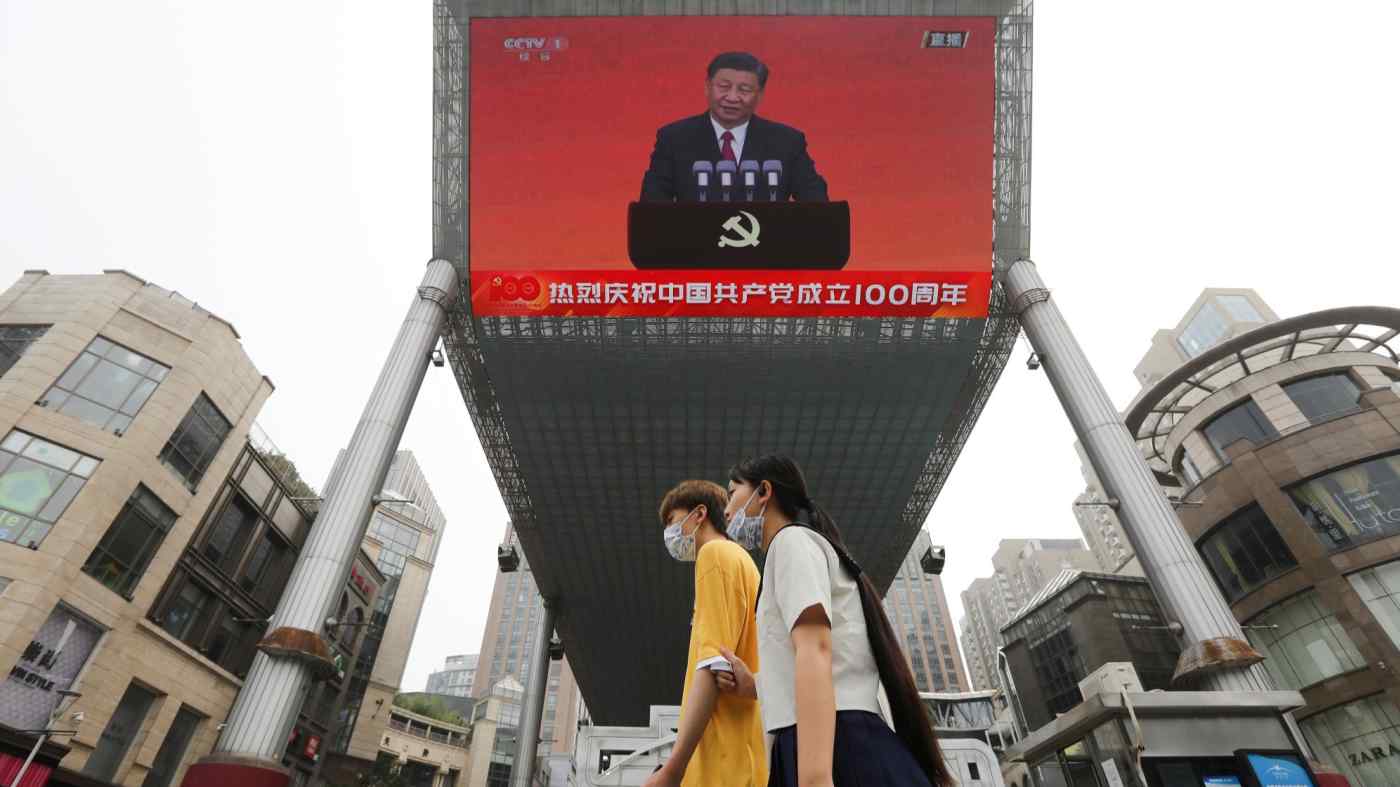 BEIJING -- China's Communist Party leadership on Friday decided to keep a closer watch on overseas stock market listings by domestic companies, part of an effort to block leaks of data from its vast tech sector.

The announcement emerged from a closely watched July meeting of the party's Politburo chaired by Chinese President Xi Jinping, when the 25-member body sets a direction for economic policy in the second half of the year.

The Politburo determined that any data leak resulting from an overseas listing presents a risk to the Chinese economy. This latest development comes soon after authorities ordered the removal of apps from Didi Global, China's leading ride hailer, following the company's listing in New York.

Beijing had previously announced that any Chinese company slated for an initial public offering abroad would be subjected to a cybersecurity review if it holds personal data on more than 1 million users.

The Politburo's latest economic policy review, which occurs every three months, came as the delta variant of the coronavirus stoked fears of yet another wave of the coronavirus in the U.S., Japan and other key Chinese trading partners.

Politburo members see the Chinese economy facing an "increasingly complex and grave external environment," according to a report by Xinhua News Agency. China's economic recovery was described as "still not firm and unbalanced."

To provide fiscal support, Beijing will accelerate infrastructure investment. Infrastructure bonds issued by Chinese regional governments during the first half of the year amounted to less than 30% of what was allotted for the whole of this year. In comparison, regional authorities had used up about 60% of the quota the same time last year.

Monetary policy aims to be "prudent" and maintain "reasonably ample liquidity" -- a repetition of wording the Politburo used at the previous economic meeting held in April. This suggests concerns that loosening credit conditions could inflate asset price bubbles.

With respect to helping businesses, the state will limit its financial support to small and mid-size enterprises as well as certain sectors like retail that have weathered sluggish consumption. Controlling cost increases associated with rising commodity prices was identified as a key issue for the second half of the year.

Restrictions on the real estate market will not be eased. The Politburo maintained its stance that a house is a place to live in, not a vehicle for speculation. But tax incentives and other measures to promote the growth of the rental market will be used to ease frustration among young people over finding affordable housing.

In addition, the Politburo stated it will proceed with a three-child policy to reverse the nation's declining birthrate. The top leadership is expected to craft an agenda that will support childbirths and education.

On the climate front, the meeting confirmed that the government will soon release an action plan in which carbon dioxide emissions peak before the end of the decade. But the Politburo sounded an alarm over excessive restrictions that risk weighing down the economy.