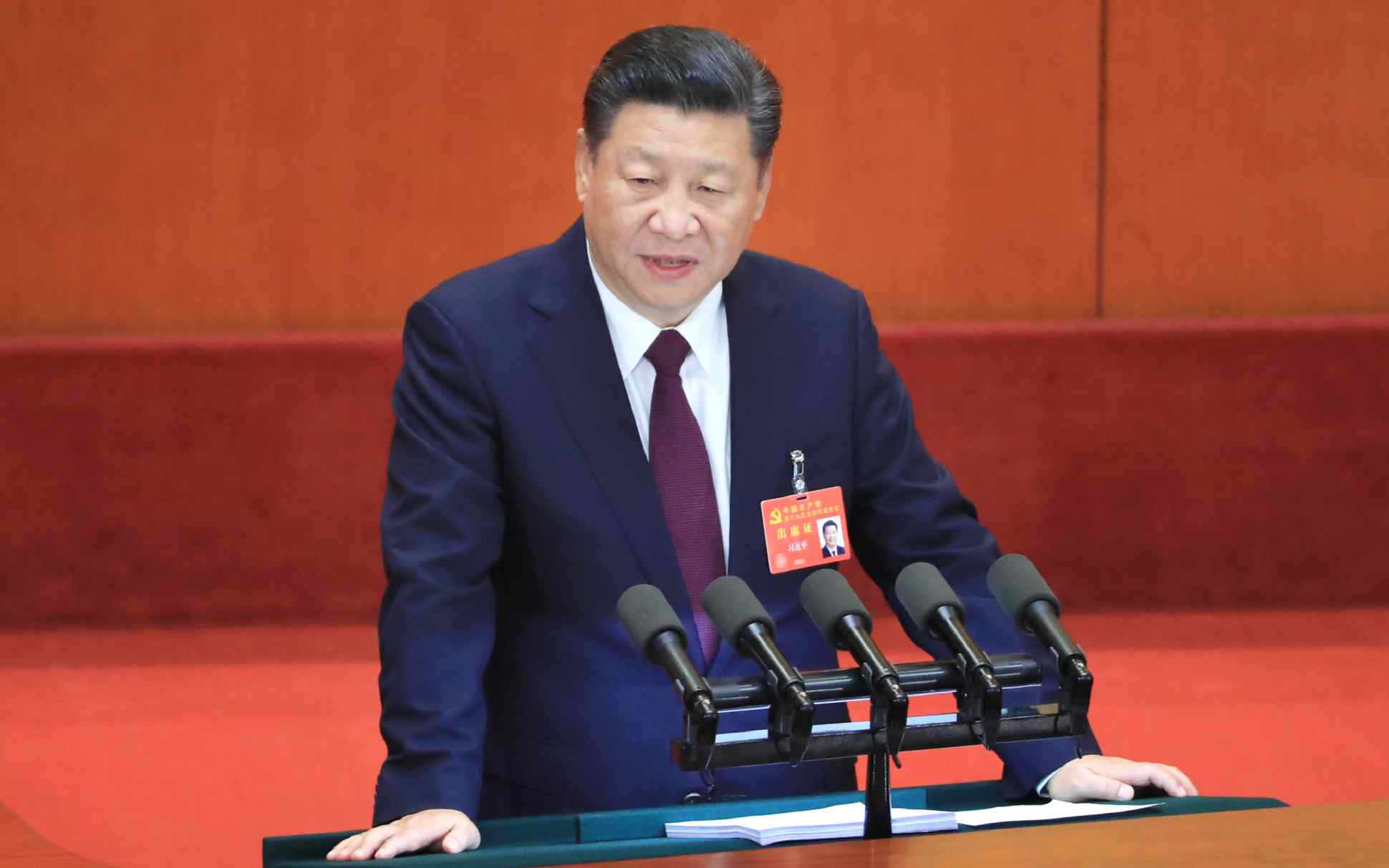 Xi Jinping speaks during the opening session of the 19th National Congress of the Communist Party of China at the Great Hall of the People in Beijing on Oct. 18. (Photo by Akira Kodaka)
Economy

BEIJING -- Chinese President and Communist Party chief Xi Jinping outlined a goal of developing China into a "great modern socialist country" by the middle of the century, as the party kicked off its 19th congress Wednesday to elect new leadership for the party and the nation.

In a speech lasting nearly three and half hours at the opening ceremony held at the Great Hall of the People, Xi said China will become a country that "leads the world in terms of the composite national strength and international influence." He appeared to be cementing the foundation of his administration for a second term by laying out a medium- to long-term vision.