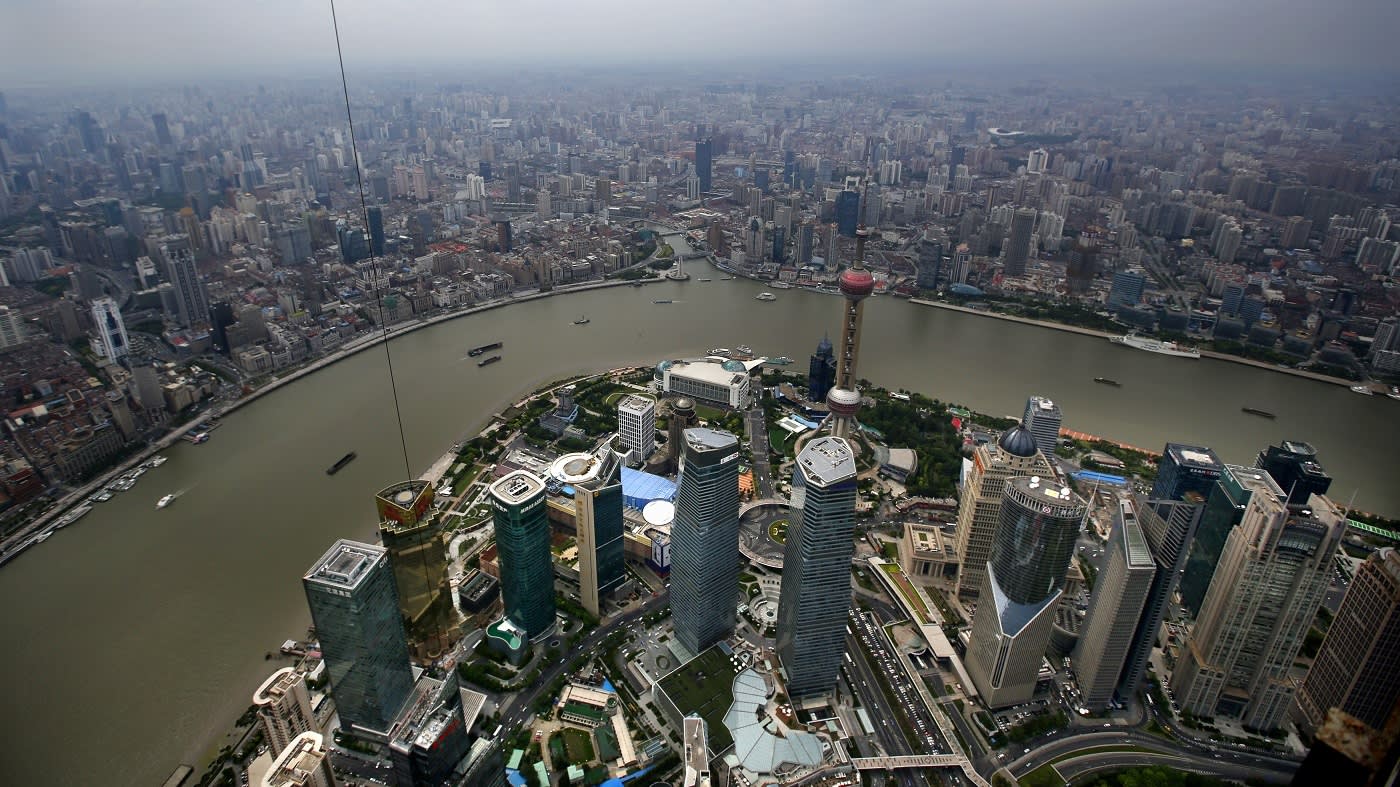 TOKYO -- China and the U.S. dominated the ranks of the world's most profitable companies for fiscal 2017, with four Chinese banks placing in the top 10 along with an equal number of American businesses, led by information technology providers.

China's big four banks each increased net profit despite problems such as the industry's pile of bad debt. They benefited from Beijing's aggressive economic policies before the twice-a-decade Communist Party congress last fall, but the government now appears eager to curb financial risk through tighter regulations.

Industrial & Commercial Bank of China ranked fourth on the list, raising net profit by 1.1% to $41.7 billion. China Construction Bank came in sixth place, lifting net profit 2.9% to $35.7 billion. Agricultural Bank of China and Bank of China stood ninth and 10th, respectively. Earnings from 8,700 companies in about 100 countries and regions, including estimates and preliminary results, were compiled using data from QUICK-Factset.

The massive demand for housing mortgages kept business good for China Construction Bank. CCB said in its latest earnings announcement that the balance of personal mortgages grew 17.5% on the year to 4.21 trillion yuan ($671 billion) at the end of 2017. A government holding company controls 57.03% of the bank's shares.

Agricultural Bank of China, buoyed by the shift from cash to mobile payments and other means of transactions, enjoyed growth of 46.1% in e-banking fees and 20.3% in its credit card business. The bank continues to take part in large state-led projects such as the Belt and Road Initiative and the construction of Xiongan New Area. But in its annual results released last month, the bank noted the need to "strictly control credit risk, strictly control liquidity risk and strictly control case-specific risk" going forward.

Chinese banks could face stiffer competition as the government prepares to open up the sector wider to investment from abroad. 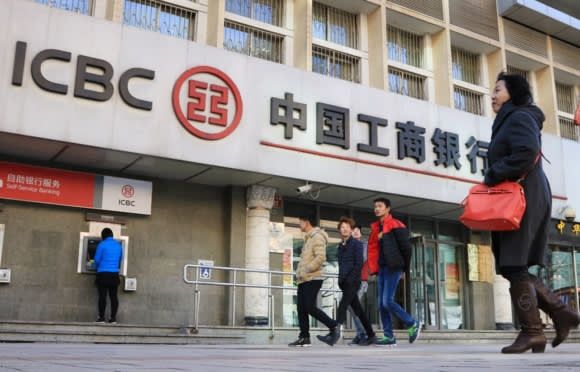 Industrial & Commercial Bank of China ranked fourth in net profit among companies worldwide, but Beijing appears to be curbing the policies that helped produce such high earnings. (Photo by Akira Kodaka)

Global net profit climbed 29% to an all-time high of $4 trillion in fiscal 2017, the first record total in three years and the largest gain since the 57% increase in fiscal 2010 after the financial crisis. Net profit rose 33% for companies in advanced economies and 18% in emerging nations.

The 20 largest companies by net profit included 12 based in the U.S. and five from China. Apple led the pack for the third straight year, climbing 6% to $48.4 billion on brisk sales of smartphones and the American company's music streaming application. The U.K.'s British American Tobacco claimed second place thanks to a merger with an American rival that helped net profit soar nearly eightfold.

The other Chinese company to make the Top 20 was mobile phone operator China Mobile which came in 18th.

Toyota Motor's net profit for the year ended in March looks to rise about 30% for 13th place overall. Improved global operations likely helped the Japanese automaker generate profit increases on par with the rest of the world.

In emerging economies, Brazilian miner Vale boosted net profit by 40% as demand for iron ore recovers. "We have entered a phase where earnings are improving for companies in both advanced and emerging nations," said Ryutaro Kono at BNP Paribas Securities (Japan).

The list of top earners has changed drastically over the past 10 years as heavy industry names retreat. Exxon Mobil claimed the crown in fiscal 2007, but now stands 17th. General Electric has fallen into the red from fourth place.

The robust global earnings are anticipated to drive higher dividends and capital investment. A 5% increase in dividends to $1.6 trillion is expected for fiscal 2017 among all companies in the data set. Those with the 1,000 largest market capitalizations are projected to expand capital investment by 6% to $1.7 trillion.

But IT companies do not require large-scale capital investments, and funds may become harder to come by for those businesses that do. The increase in capital investment will be limited considering net profit growth, and more money likely will be returned to shareholders as companies engage in stock buybacks.

Trade frictions have become the latest risk. "Earnings for the current year will be significantly impacted should intensifying trade frictions lower the volume of international transactions," said Daiju Aoki at UBS Securities Japan.