Quarterly GDP drops to 6.7% with investment and consumption suffering 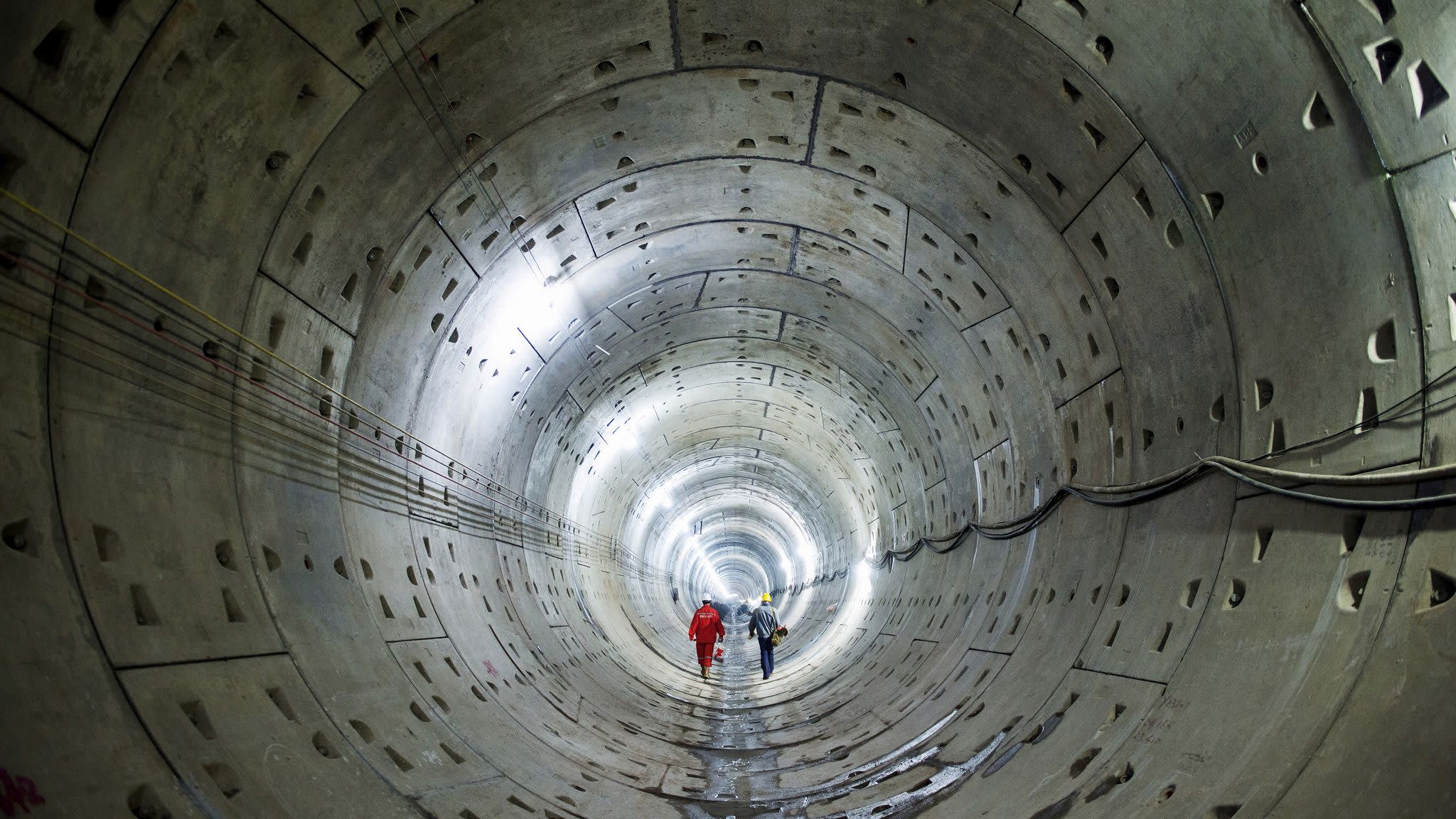 A subway tunnel under construction in Changsha, China. Investment in such public works has flagged amid a crackdown on shady financing, weighing on overall economic growth.   © Reuters

BEIJING -- China's slowdown in quarterly growth reflects its crackdown on bad debt but comes at an inopportune time for policymakers as the just-launched trade war with the U.S. casts a pall over the second half.

Real gross domestic product rose 6.7% on the year for the April-June quarter in official statistics announced Monday -- 0.1 percentage point less than the January-March reading and the first such slowdown since July to September of 2017.

While growth currently remains within the comfort zone of officials, who have set a full-year target of around 6.5%, fallout from the escalating trade war could weigh heavier in the coming months.

Outstanding total social financing -- the yardstick of fundraising by businesses and individual borrowers -- logged its slowest-ever growth rate in June, increasing only 9.8% on the year. The effects of the government crackdown on shadow banking were felt across statistics. Banks' off-balance-sheet financing, a common way for regional governments to fund unprofitable public projects, shrank a total of 1.1 trillion yuan ($164 billion) during the April-June quarter.

With the flow of capital choked off, first-half growth in infrastructure investment plunged to just 7.3% from the first quarter's 13%. The central government looked very carefully at infrastructure projects' economic efficiency and legality in order to reduce financial risks, said Mao Shengyong, a spokesman for the National Bureau of Statistics.

The government's caution on infrastructure reverberated in investment in such fixed assets as residential and commercial buildings, which increased just 6% on the year. This is 1.5 points less than in the first quarter alone. 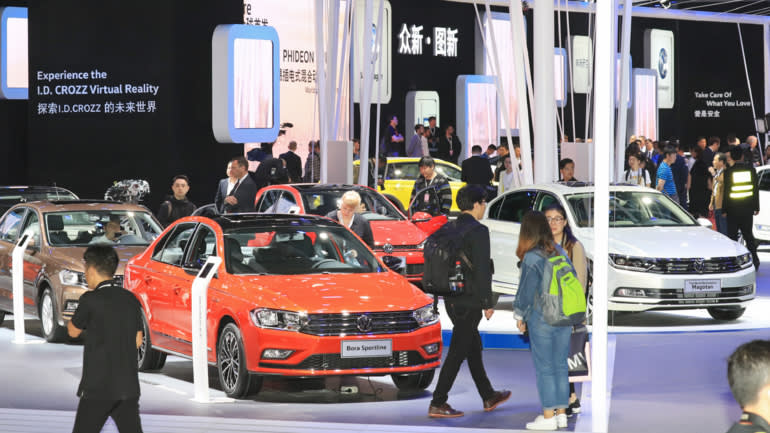 Weak sales of automobiles were a factor behind China's sluggish consumer spending. (Photo by Akira Kodaka)

The increased burden on homeowners is depleting disposable income for shopping. Total retail sales increased 9.4% for the first half against 9.8% for the first quarter alone. Sluggish automobile sales helped depress growth in industrial output to 6.7% in the half from 6.8% in the first quarter despite strength in semiconductors, which China is working to make a core national industry.

The trade war disrupts Beijing's plans to rid state-owned companies and regional governments of excess debt. The Communist Party prioritized such efforts at its twice-a-decade congress last fall, fearing that unchecked growth in debt would spark a financial crisis. Now, the uncertainty stoked by the trade frictions will force officials to consider ways to bolster growth. But easing restrictions on debt so that local governments can raise capital would create more of the debt that the central government was trying to address in the first place.

Exports were a rare source of strength, increasing 12.8% in the first half in dollar terms. Imports surged 19.9%, chipping away at the trade surplus. Many exporters seem to have rushed out shipments to the U.S. to beat the 25% tariffs Washington applied to $34 billion in Chinese goods on July 6, making for an unusually busy first half. This could lead to a slump in the latter part of the year.

The U.S. is prepared to impose those tariffs on another $16 billion in goods as soon as this month and has threatened 10% levies on another $200 billion in imports -- measures sure to draw a Chinese response of similar magnitude. A trade war "would have no small impact on China's exports," said professor Xue Lan of Tsinghua University.

On its own, a 25% tariff on $50 billion in Chinese goods would shave 0.2 point off economic growth, according to a team led by Ma Jun, an economist on the People's Bank of China's monetary policy committee.