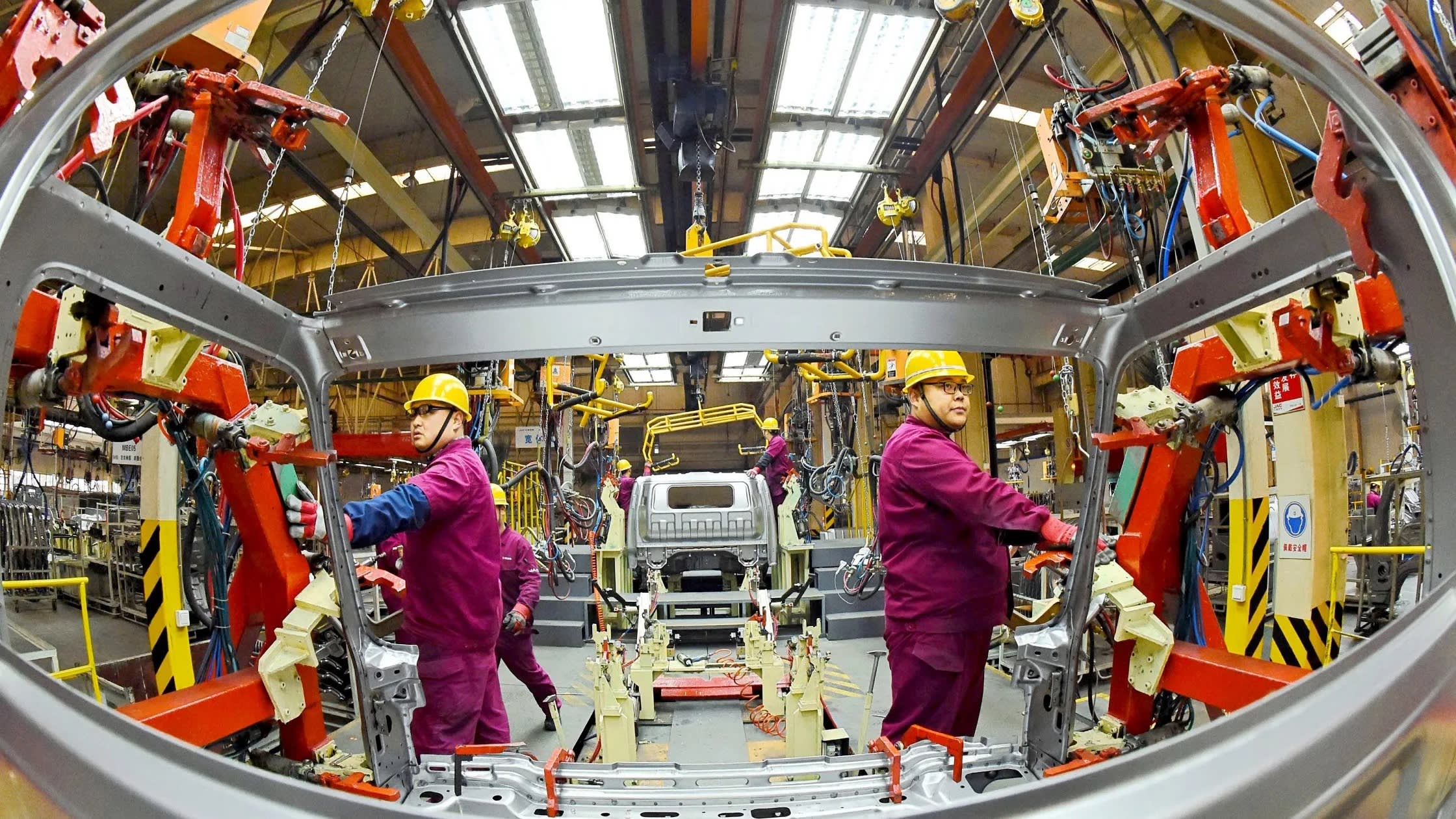 Beijing appears inclined to let its current round of stimulus measures run its course, with a fiscal policy official saying: "The impact of tax cuts will become evident in the second half of the year."

But the government appears unlikely to tolerate a further slowdown in the run-up to the 70th anniversary of the founding of the People's Republic in October, and additional stimulus could be deployed. The Communist Party stressed at a Politburo meeting last month that the handling of the economy in the second half of the year is of "great significance."

The National Bureau of Statistics used unusually bearish language in its assessment of Wednesday's data, pointing to "the complicated and grave external environment and the mounting downward pressure on the economy."

This reflects the dim outlook illustrated by the numbers themselves, with key indicators weakening almost across the board and missing market expectations.

Industrial production rose just 4.8% on the year in July, the weakest pace in more than 10 years. Output growth decelerated 1.5 percentage points from June, dropping beneath the near-term low of 5% touched in May.

Weakness in areas that had stayed solid until recently, including petrochemicals and crude steel, compounded a continued slump in the auto industry. Electricity generation, which reflects overall manufacturing activity, edged up just 0.6%.

While production expanded at state-owned enterprises and mainland private-sector companies, overseas or offshore businesses saw a 0.2% contraction -- an unusual occurrence that followed a 0.3% drop in May. The decline may be linked to the trend of companies moving Chinese operations elsewhere as Sino-American trade tensions drag on.

Consumer spending also slowed. Retail sales grew 7.6% in July, down from 9.8% in June. The drop-off owed partly to the impact of new emissions standards on car sales. But the data also showed lackluster results in other sectors, with apparel and appliance sales each rising only about 3%.

The slowdown in the clothing business is evidenced by a shuttered La Chapelle store at a shopping center in a Beijing office district. Shanghai La Chapelle Fashion, once feted as China's answer to European fast-fashion brand Zara, closed roughly 2,400 stores on a net basis in the first half of 2019 alone amid flagging sales.

The cooling economy is hitting even the previously resilient service sector. Value added by the sector rose 6.3% last month, down 0.8 point from June and the weakest since the government began tracking the indicator in 2017. Based on the added-value figures for the industrial and service sectors, July's gross domestic product growth may come in under 6%.

Manufacturing investment proved a bright spot, thanks to government efforts to encourage it through tax cuts. While the 3.3% year-on-year expansion for the seven months through July may look unimpressive on its own, it represents a 0.3-point improvement from the January-June figure.

A statistics bureau survey found that 55% of manufacturers had benefited from the 2 trillion yuan ($283 billion) in tax and fee reductions decided by the government in March.

If the pressure on the economy continues, Beijing could turn to monetary easing or other measures to shore it up.