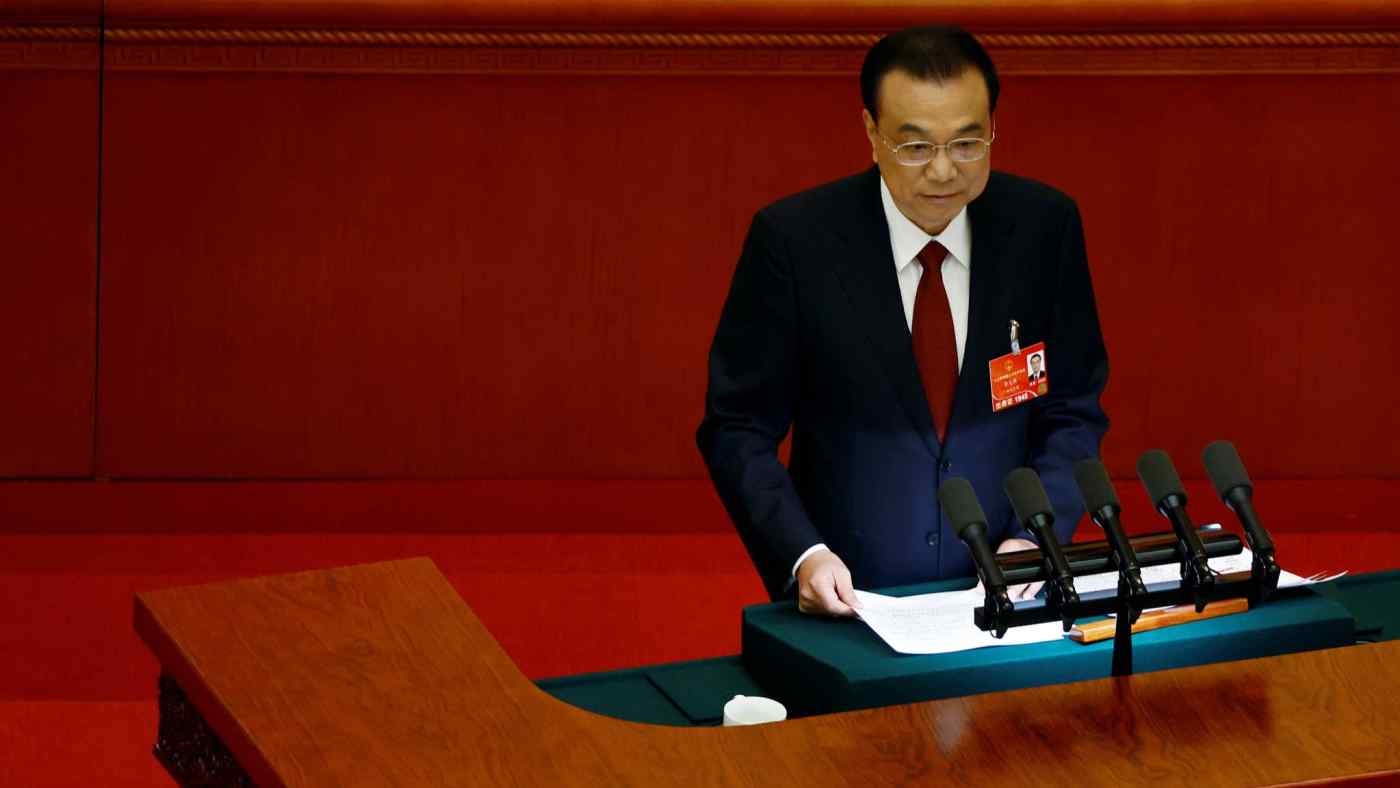 The comments by Li Keqiang, to tens of thousands of officials on an internal videocast on Wednesday, underscore the difficulties President Xi Jinping's administration will have in reaching its annual growth target of 5.5% while also battling Omicron outbreaks.

The last time China's growth entered negative territory was when output plunged 6.9% year on year in the first quarter of 2020 after the coronavirus pandemic ended an era of uninterrupted growth dating back more than 30 years.

Xi's contentious zero-COVID policy has brought business activity to a halt in Shanghai, China's largest city, as well as swaths of Beijing and dozens of smaller municipalities. Millions of people in Shanghai have been confined to their homes for two months or longer.

"We will try to make sure the economy grows in the second quarter," Li said, according to a transcript that the Financial Times verified with three people briefed on the premier's remarks. "This is not a high target and a far cry from our 5.5% goal. But we have to do so."

For the first quarter of this year China recorded 4.8% annual growth in gross domestic product.

Li added that the economy was "to some degree worse than" it had been at the start of the pandemic in early 2020, noting that unemployment for people aged 16 to 24 had reached a historic high of 18.2% while the jobless rate for migrant workers was also up sharply.

A condensed version of the premier's comments, including his call to achieve "reasonable growth", was carried on Chinese state television's main evening news broadcast.

"Progress is not satisfactory," the premier said. "Some provinces are reporting that only 30% of businesses have reopened. ...The ratio must be raised to 80% within a short period of time."

Li added that corporate liquidation had soared more than 23% year on year in April, when the whole of Shanghai entered a full lockdown that affected commercial operations across eastern China. Largely private sector small and medium-sized enterprises, which account for half or more of government revenues, economic output and employment, have been hit the hardest.

According to the transcript, Li did not mention Xi's zero-COVID strategy but reiterated the importance of prevention. "We must ensure both the smooth functioning of supply chains and COVID-prevention are both achieved," he said, adding that "many SMEs and local authorities told me their worst days have come".

Last week the National Bureau of Statistics reported that retail sales had fallen 11% year on year last month. Another growth engine, industrial production, declined 3% over the same month last year - its first decline since the beginning of the pandemic in early 2020.

According to Li, power generation, freight transport and new bank loans all fell in the first half of May.

On May 20 China's central bank cut its five-year loan prime rate, used to price mortgages, to 4.45% from 4.6%. China's real estate industry, which accounts for about 30% of total economic output, was suffering even before this spring's outbreaks and lockdowns in Shanghai, Beijing and other cities.

Jilin, a large agricultural region in northeastern China, has been one of the worst affected provinces. Li said that grain output could "barely" match demand and warned of "huge problems" if the summer grain harvest was poor.

Li also said that several provinces had appealed to the central government for financial assistance, but implied that Beijing's resources were limited. "I am here to let you know my bottom line," Li said. "There is a reserve fund managed by the premier. Other than that, local governments must raise funds [on your own]."

Li did not specify the size of the fund.