But rising debt and retreat from reform threaten staying power 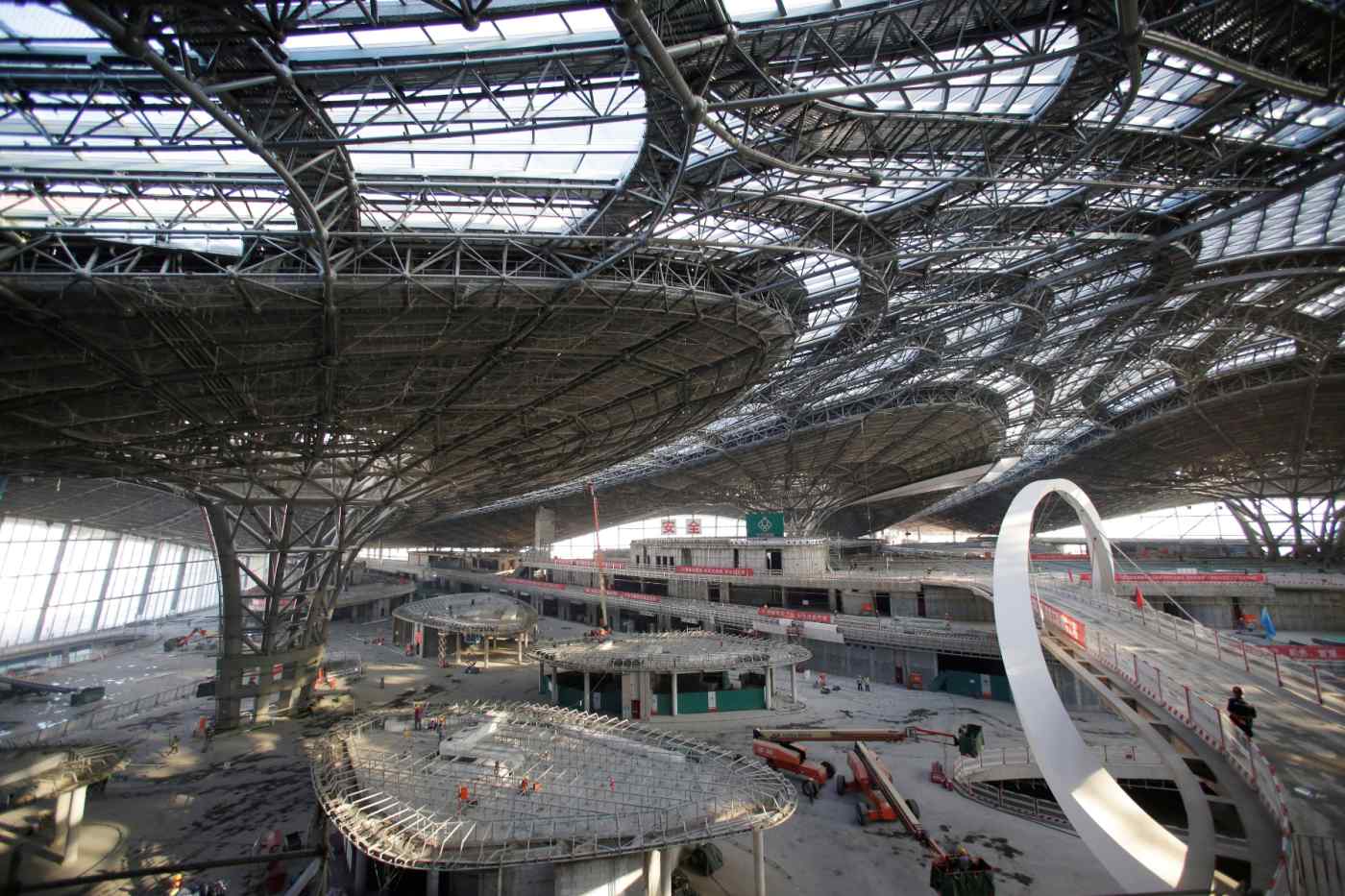 BEIJING -- China's real economic growth rate held flat in the January-March quarter at 6.4% on the year, breaking a streak of slowdowns since the first quarter of 2018, but higher borrowing by individuals and businesses raises questions about how long the relief will last.

The growth rate was "noticeably better than market projections of 6.2% to 6.3%," National Statistics Bureau spokesperson Mao Shengyong told reporters on Wednesday, the day the data was released.

Other economic indicators are improving as well. The Purchasing Managers' Index, or PMI, rose to 50.5 in March, topping the boom-or-bust mark of 50 for the first time in four months. Industrial production increased by 8.5% on the year, the fastest clip in 56 months.

Much of the boost comes from economic policies enacted by the government since last fall. About 84 million people have been exempted from paying income tax under changes that began in October. Infrastructure investment also grew 4.4% in the January-March period.

In addition, China cut the value-added tax rate this month, and will reduce payments made by companies into the public social insurance system. These measures primarily benefit manufacturers and could produce even greater investment in the coming months.

But the stimulus-dependent approach comes at a cost of reviving China's reliance on heavy industry, which the government had previously hoped to evolve beyond.

Industries that benefit from big public projects and housing staged big comebacks -- cement production jumped 22% on the year in March, while steel and glass output increased by 10% and 8%, respectively. This runs counter to the country's former aim of eliminating excess capacity to make the economy more efficient.

Production declined in other areas, dropping 7% for mobile phones, 3% for automobiles and 2% for semiconductors. Output also fell for machine tools and robots, which face punitive tariffs under China's trade war with the U.S.

Reliance on debt is growing as well. Companies and households received a record 8.18 trillion yuan ($1.22 trillion) in new financing last quarter. The government has retreated from efforts to curb borrowing, a campaign that began in 2017 to prevent a financial crisis, in order to shore up the economy instead.

Last month's recovery is partly attributable to a sluggish March 2018, when production and exports suffered from the Lunar New Year holidays and left more room for improvement. Some market watchers say production will lose momentum in early April.

Corporate demand in China also suggests the current reprieve may not last. Imports from Japan dropped 7.5% on the year in January-March, slipping by 9.4% in March alone, official statistics announced by the Japanese government Wednesday show. Quarterly shipments of capital equipment fell drastically, with metalworking machines used to make products like smartphones down 39.7% and chipmaking equipment down 7.8%.

Southeast Asian exports to China, a key component in the supply chain for electronics and petroleum products, declined as well.

The trade war heightens concerns about the effectiveness of Beijing's efforts to boost the economy.

"The growth rate will likely recover in the latter half of the year, but there won't be much momentum," said Li Xunlei, chief economist at Zhongtai Securities.