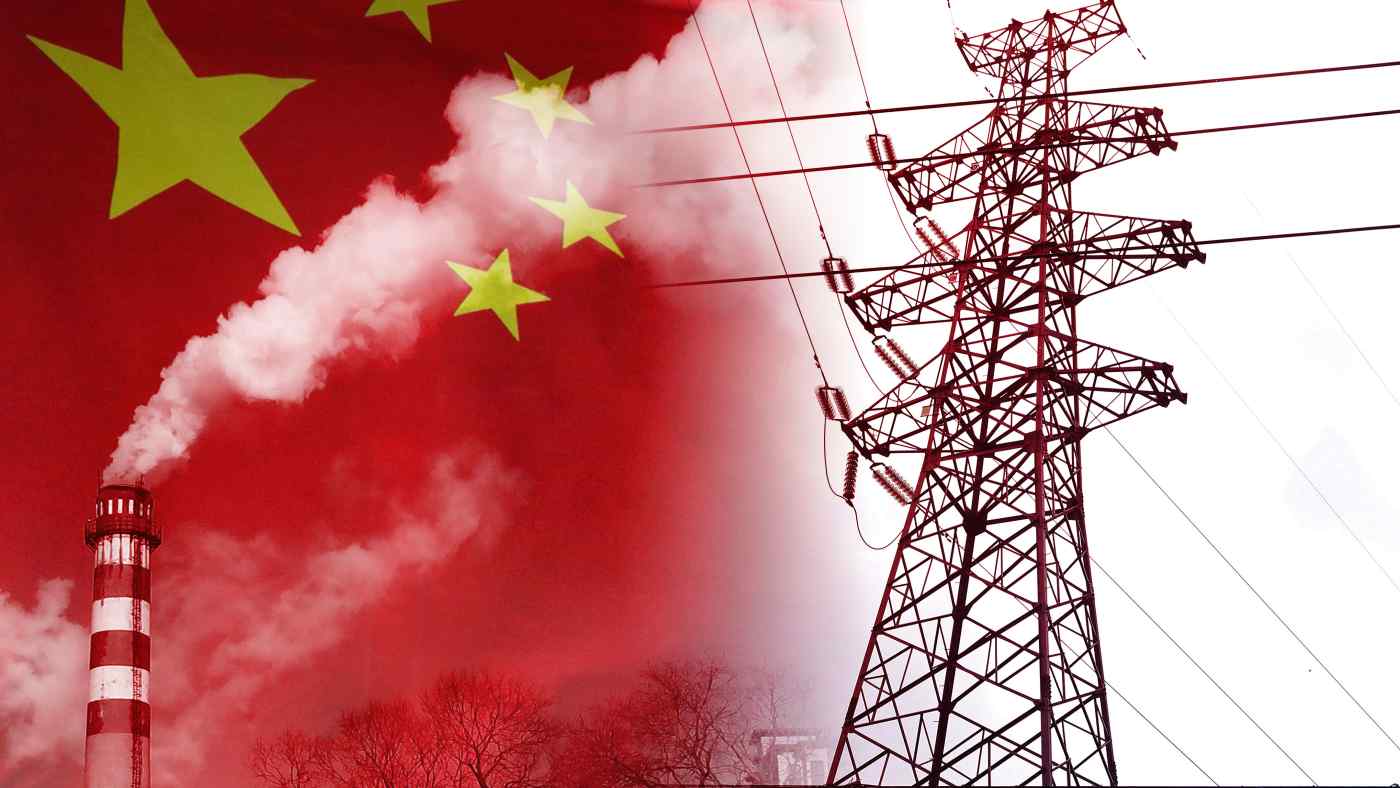 TOKYO/TAIPEI -- Curbs on electricity use across China are disrupting companies' manufacturing activities, posing challenges to tech supply chains and adding risks to the country's economic growth, which already faces uncertainty from official efforts to cool the property sector.

The power cuts are the result of several factors colliding, from surging commodity prices and recovery from COVID-19 to environmental commitments made by Chinese President Xi Jinping. Here are five things to know about China's energy crunch.

Why are there electricity curbs?

Xi has pledged that China's carbon emissions will peak before 2030 and the country will achieve carbon neutrality by 2060. That implies a big shift in a country where more than half of all power is generated from coal -- and officials around the country are taking the targets seriously.

In August, China's top economic planner, the National Development and Reform Commission (NDRC), called out provinces -- including the industrial hubs of Jiangsu, Guangdong and Hubei -- for failing to meet energy intensity targets for the first half of 2021. Energy intensity represents energy use per unit of economic output. Local authorities subsequently sent notices to companies demanding they cut electricity consumption.

But there is more going on. There have also been power shortages due to high coal and gas prices, which have spiked in recent weeks. High temperatures in areas such as Guangdong, as well as the ongoing recovery from the pandemic, have led to high electricity demand.

Since electricity prices are regulated, power stations would lose more than 0.15 yuan per kilowatt-hour of power generated at current fuel prices, according to Alex Whitworth at research firm Wood Mackenzie. "There is little incentive [for power generators] to buy more fuel in the spot market because the costs cannot be passed on to consumers," he said

Where and who are the curbs hitting?

Power cuts and curbs on electricity use have been reported in at least 20 provinces and regions. In China's tech heartland Jiangsu Province, some manufacturers have been told to reduce their energy use for the rest of September by 10% to 30% from usual levels, sources told Nikkei Asia, while some companies received requests to stop using electricity entirely from last Sunday until the end of the month.

In Guangdong, a hub for automotive and electronics manufacturers, at least 180 Japanese companies are affected by the electricity curbs, according to Rintaro Tanaka at the Japan External Trade Organization (JETRO). Since mid-September, companies have been told to stop or reduce electricity consumption as much as five days a week, he said.

Power outages have also been scheduled in select areas of Beijing and Shanghai through Sunday, mainly targeting private residences.

What does this mean for the global supply chain?

Companies affected include key suppliers to global players such as Apple, Tesla and Microsoft. Many are relying on inventory to keep manufacturing and shipments going this week. Some are hoping to catch up on production losses during the upcoming Golden Week holidays from Oct. 1.

If the curbs continue through next month, however, companies are wary that there could be significant disruption across a range of industries, since problems in one link of the supply chain quickly affect others. Hydraulic component maker Hengli Hydraulic, for example, told analysts at Citi that it was not suffering power cuts itself but feared that its clients might be affected.

How long will the crunch last?

JETRO's Tanaka expects the energy crunch to last until around the end of October, or even the beginning of November. Restrictions on production would "eventually loosen, but [the shortage of energy] supply would not change," he said.

Others predict even longer. "It is likely that the power crunch in China will persist until end-2021, as local governments are under pressure to fulfill emission reduction goals for this year," said Chaoping Zhu, a J.P. Morgan Asset Management's global market strategist.

The situation would depend on fuel prices and government policy, according to Whitworth at Wood Mackenzie. Power demand growth is expected to slow in the second half of the year, but fuel prices could "remain elevated into the winter season and perhaps longer," he said. The solution could be for the government to relieve financial pressure on coal and gas power stations by increasing tariffs.

There is no guarantee the current disruption is a one-off. China's NDRC announced a policy in September, which indicated that the country would be closely managing energy consumption, said Ting Wang, senior manager at the Japan Research Institute. "There could be similar situations in the future," she said.

How does it impact the Chinese economy?

Recent data has shown disappointing retail sales and weakness in the property market, where the government is trying to reduce borrowing by giant property developers, led by China Evergrande, and cool speculation. Hence, economists were already on alert for a slowdown. Now, they are downgrading their forecasts.

On Friday, Nomura changed its 2021 GDP growth forecast from 8.2% year on year to 7.7%, citing supply chain shocks due to the power crunch. Goldman Sachs on Tuesday revised China's third-quarter growth forecast to 0% from the previous quarter, down from 1.3%.