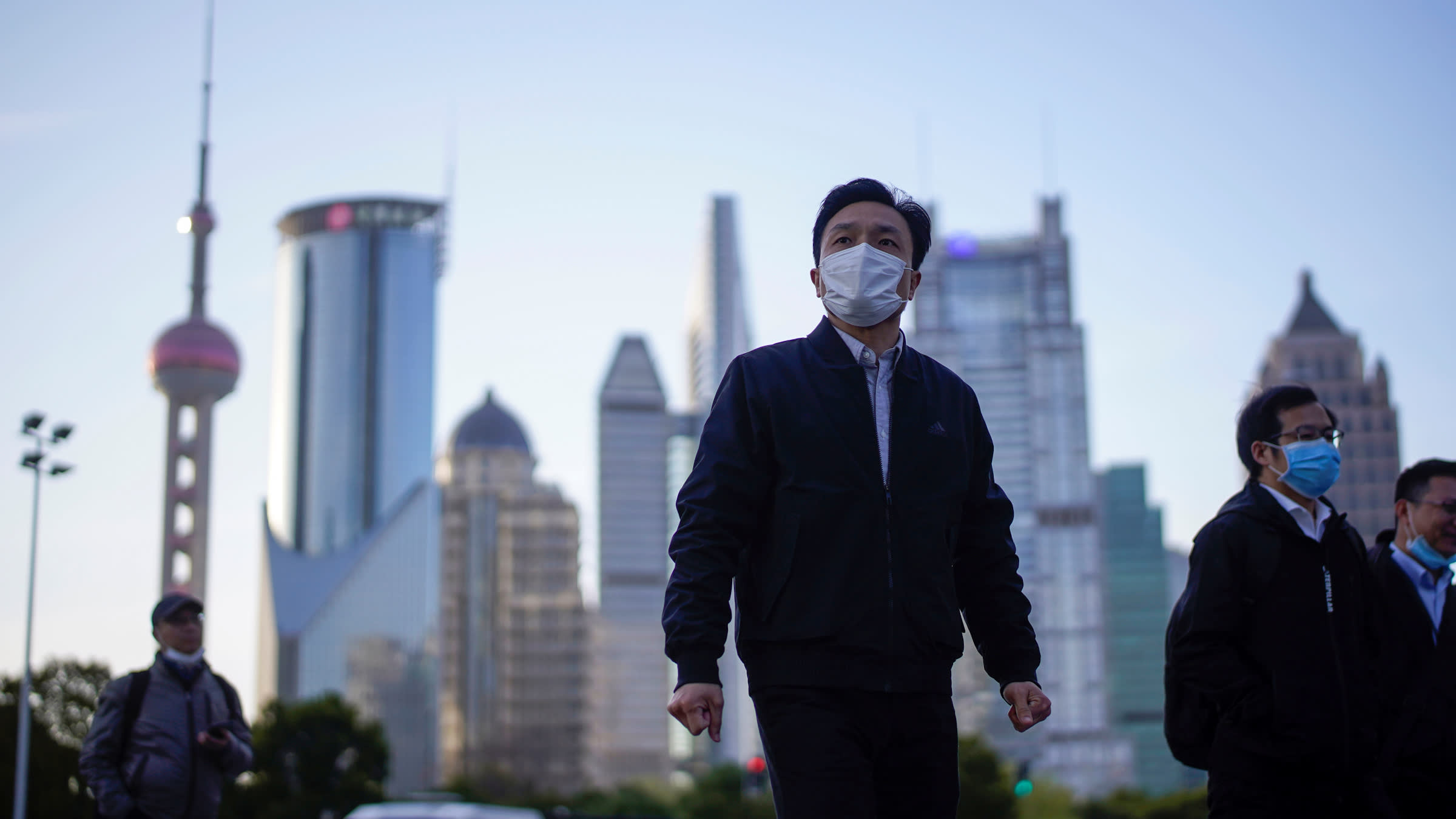 SHANGHAI/TOKYO -- Financial activities in China are slowly recovering from the coronavirus maelstrom, with stock and bond issues as well as corporate acquisitions returning to pre-pandemic levels while markets in the rest of the world came to a halt.

But the rebound seems to be driven primarily by state-supported transactions and solid ground has yet to be regained, observers warn.

Roughly 1,200 stock and bond issuances as well as mergers and acquisitions were recorded in March, an 80% surge from February and the highest level since December, before the virus ravaged the country, shows a tally of numbers from data provider Refinitiv. The value of transactions jumped 40% to about $250 billion.

Activities were off the charts for corporate bonds, with 795 issues booked for March, the highest monthly total in four years. A total of $211 billion worth of debt was sold, up 50% on the month.

Such strength was a product of diligent instructions by the People's Bank of China and other financial authorities for virus-hit businesses to procure cash by issuing debt and for private-sector banks to buy such bonds as an alternative to extending loans. Banks are also helping borrowers by refinancing or rescheduling existing loans. Businesses are also rushing to sell so-called "coronavirus bonds." To qualify for these bonds with favorable terms, issuers apparently must commit to using 10% of raised capital on efforts to combat the epidemic. Companies in outbreak-devastated regions or industries are also eligible.

Corporations in a wide range of industries are taking advantage of the program, from airlines, drugmakers and medical device companies to materials suppliers and financial institutions. Authorities and banks are "fast-tracking the issuance process," an official at a leading bank said, adding that lenders are also eager to buy the bonds, "believing that this will get them in the authorities' good books." Strong demand is also keeping coupon rates low.

March saw 369 cases of mergers and acquisitions involving Chinese companies -- the most so far this year -- with the value of transactions up about 20% on the month. Stock issuances are recovering as well.

State-backed projects are also on the rise. Leading aluminum-products maker China Zhongwang Holdings -- partly owned by a state-affiliated fund -- had shares in a subsidiary acquired by a Shanghai-listed real estate company, effectively taking the unit public.

Big transactions also included the purchase by a government-affiliated investment company of a stake in Liaoning Province-based Bank of Jinzhou, and a sale by Anbang Insurance Group -- effectively under state control -- of a group insurance company. In some cases, authorities apparently rushed to complete transactions to cushion the epidemic's toll on the world's second-biggest economy.

But despite the momentum in the financial market, it is uncertain how fast private-sector economic activities will pick up. Fears of infection are keeping consumers from going out in groups and traveling, while demand abroad has tumbled drastically.