Could become the world's No. 3 reserve currency by 2030, Goldman Sachs says 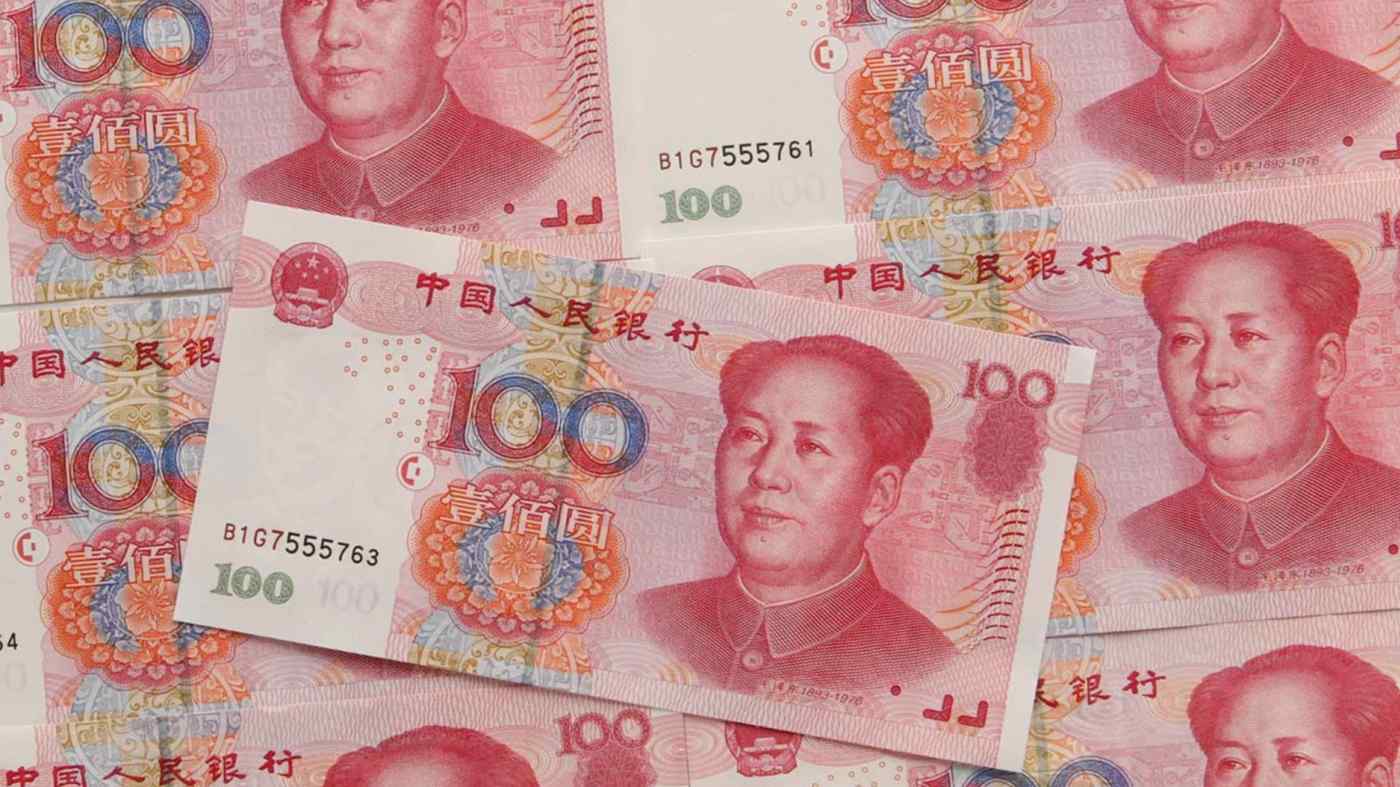 HONG KONG -- International use of the yuan has set a new record by one measure for the first time in more than five years, thanks to a recent jump in foreign investment in Chinese equities and bonds denominated in the currency.

The Renminbi Globalization Index, developed by Standard Chartered, had slumped in 2015 following China's tightening of capital controls after its devaluation of the yuan. But it has rebounded over the past year, and by March it had beaten its September 2015 high.

The rise suggests that Beijing's push to make the yuan a viable alternative to the dollar for international transactions -- and reduce reliance on a currency controlled by the U.S. -- is bearing fruit. It could become the world's No. 3 reserve currency by 2030, Goldman Sachs predicts.

An influx of capital into Beijing and broader use of the currency in cross-border payments are driving the increase. While earlier growth was mainly on the back of offshore deposits, there is greater diversity now, said Kelvin Lau, a Standard Chartered senior economist who played a major role in developing the index.

In particular, there has been a surge in capital transactions through the Stock Connect program, which enables foreign investors to buy mainland stocks and bonds via Hong Kong. Net purchases of mainland shares came to 223.7 billion yuan ($34.5 billion) in the first half of this year, more than the total for all of 2020.

While the deluge of capital from loose monetary policy in Europe and the U.S. had flowed to other emerging economies before, "this time is different," according to China International Capital. The investment bank says money has moved into yuan-denominated assets instead of less-secure options elsewhere.

A survey of sovereign investors by Invesco in the first quarter of this year found that 40% plan to increase their China allocations over the next five years. Among central banks specifically, 53% said they hold yuan reserves, up from 40% in 2018.

Chinese authorities are gradually opening up markets as confidence in their handling of the yuan improves. The country plans to begin allowing sales of wealth management products by Hong Kong banks in parts of the mainland and vice versa as early as this year, as well as let mainland investors access Hong Kong bonds.

The Cross-Border Interbank Payment System launched by the People's Bank of China in 2015 has also given the yuan's internationalization a boost.

According to the Society for Worldwide Interbank Financial Telecommunication (SWIFT) -- which handles most international settlements -- the yuan is used for only about 2% of cross-border payments. But data from China's State Administration of Foreign Exchange shows that the share of Chinese cross-border transactions denominated in yuan has risen gradually to about 40% now.

Making international transactions less dependent on the dollar, which the U.S. can use as a tool in sanctions, is one aim of the yuan globalization push.

"In the past, the internationalization of the yuan was mainly intended to avoid exchange rate risks for Chinese companies through yuan-denominated trade payments, but lately, increasing [China's] influence in international finance and geopolitical clout has been a major goal," said Shinichi Seki of the Japan Research Institute.

Many market watchers expect use of the yuan in capital transactions to continue expanding.

Goldman Sachs sees the yuan's share of global foreign exchange reserves growing to between 6% and 7% over the next five years as central banks keep buying Chinese government debt and says it could become the No. 3 reserve currency worldwide by 2030. An August report by Citigroup predicted that the yuan will become the third-biggest currency for international payments by that year.

But few see much of a threat to the dollar's position. China does not allow the yuan to be used freely for capital transactions -- a necessity for a truly international currency. "There are still a lot of wealthy people who want to get money out of China, so there's latent pressure for capital flight," a source in Hong Kong's financial industry said.